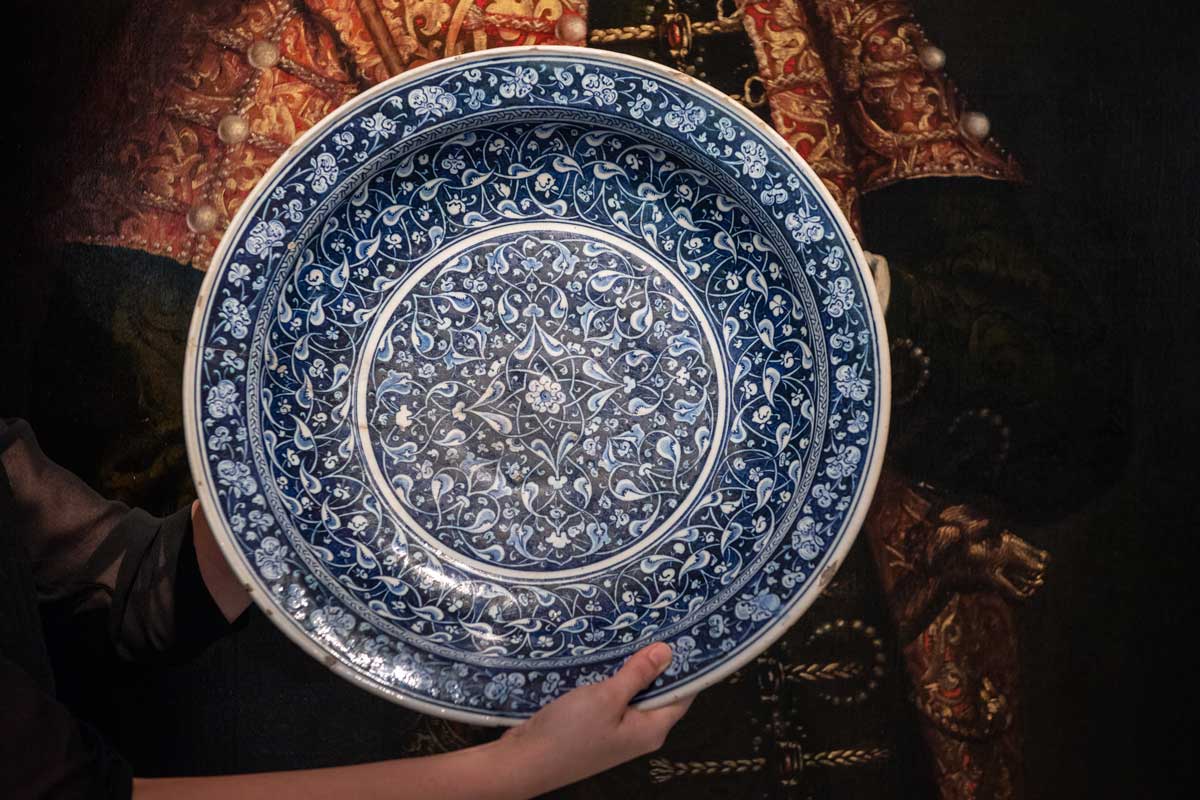 Sotheby’s sold a rare Iznik charger (c.1480) for £5.35 million, breaking a record for a piece of Iznik pottery and establishing one of the highest prices for an Islamic work of art.

The charger, one of the most important pieces of Ottoman Iznik pottery remaining in private hands, was offered as part of Sotheby’s Arts of the Islamic World auction in London.

Originally estimated to fetch between £300,000-500,000, the exceptional piece drew in considerable interest from private collectors and eminent institutions alike.

Sotheby’s reported it lasted around 20 minutes and involved nine collectors.

‘Opportunities to acquire great works of Iznik pottery from the 15th century are indescribably rare, with the most significant example last appearing at Sotheby’s in 1996, and this was reflected in the salesroom today.

‘The new benchmark price of £5.4 million pounds was the highpoint of a successful week of auctions which included notable records for Arab and Iranian modern and contemporary artists, many of whom were making their debut on the international stage,’ he added.

Formerly, the Iznik charger had been in the private collection of businessman Max Debbane, who is famous for having lent his patronage to many leading cultural institutions in Alexandria.

The piece of Iznik pottery is a significant discovery in the field of Ottoman art. It was produced during the reign of Mehmet II ‘the Conqueror’.

It totalled an impressive £8.98 million and achieved a sell-through rate of 53 percent.