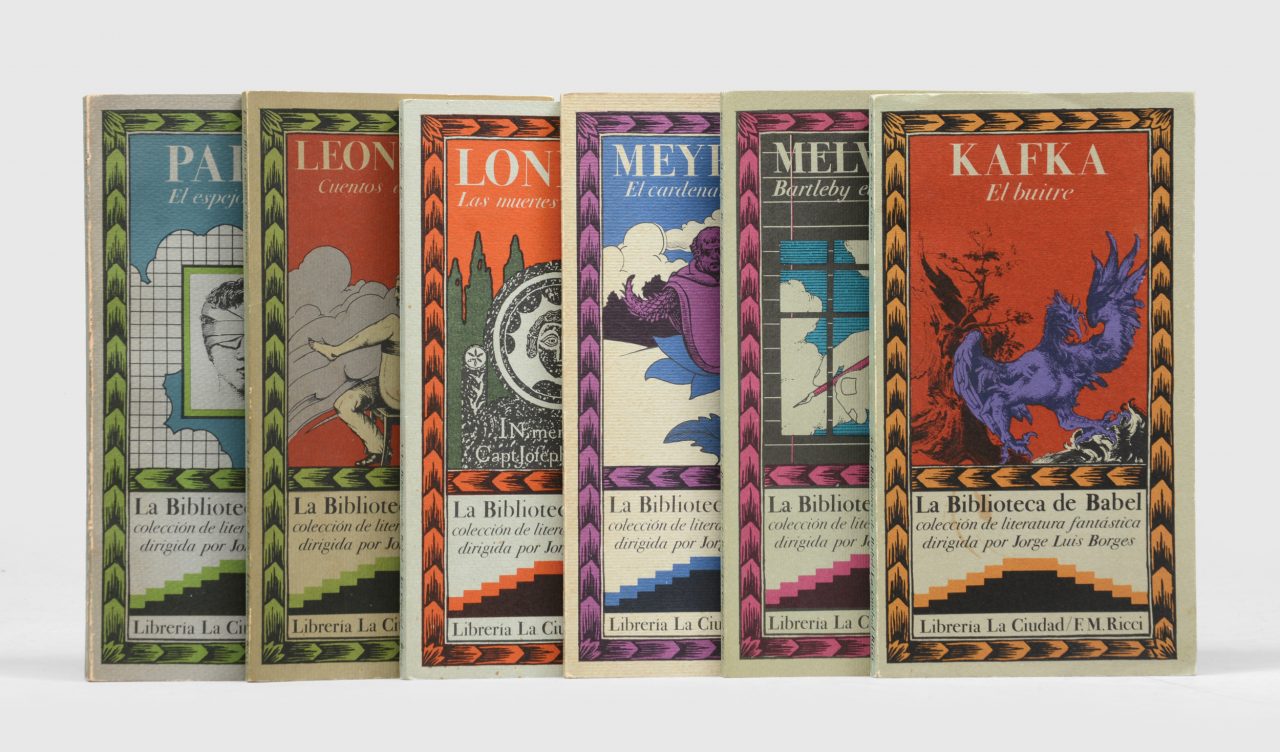 Rare bookseller Peter Harrington has launched an exhibition and catalogue on the theme of World Literature, celebrating works which cross national and linguistic borders. The catalogue contains 197 rare books and items which highlight the historical importance of an internationally shared literary tradition, that is open to outside ideas, and connects disparate voices.

“National literature is now a rather unmeaning term; the epoch of world literature is at hand, and everyone must strive to hasten its approach.” (Goethe)

The exhibition contains highlights from the catalogue and is open daily (except Sundays) until Thursday 6th June, from 10am–7pm Monday–Friday and 10am–6pm on Saturdays.

The World Literature Exhibition and Catalogue include items which link well-known writers of the Western canon with a wider cultural engagement. Dylan Thomas’s schoolboy copy of the Rubáiyát of Omar Khayyam sits alongside Jorge Luis Borges’s copy of Dante, while Gabriel García Márquez’s copy of The Name of the Rose bears a presentation inscription from Umberto Eco. The rare first French Frankenstein features the earliest printed acknowledgement of Mary Shelley as an author, while Moby-Dick is read by a poet in Hawaii who corresponded with its author, Melville.

Classical literature and national epics are represented, including the first printed edition of Homer and translations of the Arabian Nights in Persian, English, and French. A rare early translation of Beowulf into Danish reminds us where our earliest English epic originated, and rubs shoulders with an English edition of Icelandic sagas in a translation that inspired Tolkien.

Books of international political importance – such as Pasternak’s Doctor Zhivago, secretly printed in The Hague by the CIA – appear alongside those which inspired cultural transformation, such as the Japanese translation of Joyce’s Ulysses, which sparked a Modernist movement in Japan.

Pom Harrington, owner of Peter Harrington Rare Books said: “We are delighted to present World Literature, which contains items chosen from our growing international stock. The selection represents twelve months of curation and acquisition, demonstrating an extraordinary depth and variety of international material, from Beowulf to Borges. The items represent literature that is outward-looking and curious, and of books that introduce new ideas and interrogate old ones. With this catalogue and exhibition, we offer collectors the chance to engage with an unusual range of items, rarely seen on the UK market, which connect writers, continents and cultures.”

Highlights of the catalogue include Works (In Greek) by Homer (1488), valued at £250,000 – the frst printed edition of the writings attributed to Homer, including the Iliad and the Odyssey, two of the earliest, most important and influential works of European literature. This monumental printing is the first large-scale printing in Greek, and also probably the first Greek book printed in Florence. This copy belonged to George Shuckburgh (1751-1804), a well-known English bibliophile who also owned a Gutenberg Bible, the first to reach the United States.

Frankenstein, ou Le Prométhée Moderne by Mary Shelley (1821), valued at £45,000, a rare first French edition of Frankenstein, the second edition ever published, constitutes the first public acknowledgement of Mary Shelley as an author. Though Mary’s name is mis-spelled and she is mis-described as the “niece” of William Godwin, this unauthorised public acknowledgement was nonetheless unique for Mary, during the lifetime of her husband. This translation by Jules Saladin of Mary Shelley’s masterpiece “remains to this day the only French translation of the 1818 text”.

The Rubáiyát of Omar Khayyám translated by Edward Fitzgerald (1899), valued at £12,500 – Dylan Thomas’s copy of the Rubáiyát of Omar Khayyam, with his juvenile ownership inscription, “Dylan Thomas, 5 Cwmdonkin Drive, Uplands, Swansea”, and his initials grandly set upon an illustrated scroll. This copy was acquired from the daughter of a Swansea woman, to whom Thomas gave the book as a gift, who had acted with him in the Swansea Little Theatre.

T.S. Eliot’s copy of the works of Arthur Rimbaud, with his ownership inscription (£1,750)

A collection of Swedish folk tales re-told by Selma Lagerlöf, the first woman to be awarded the Nobel Prize in Literature, inscribed by the author to her Danish translators Ida Falbe-Hansen and her partner Elisabeth Grundtvig (£4,500)

A true first edition of Boris Pasternak’s Doctor Zhivago in Russian, one of only 1,160 copies, printed as part of a covert CIA publishing and propaganda programme for distributing banned material to the Soviet Union and Eastern Europe (£15,000)

The rare first publication of Shakespeare in Ottoman Turkish of Othello (£5,750)

A scarce first English edition of Rabindranath Tagore’s Gitanjali, the work that introduced this first non-Western Nobel Laureate to the West, accompanied by a signed photograph of the poet (£1,750).

From Friday 7th June to Sunday 9th June Peter Harrington is exhibiting at Firsts – London’s Rare Book Fair which is being held in Battersea Park.

All items in the World Literature exhibition can be seen at Peter Harrington Mayfair, 43 Dover Street, London, W1S 4FF, and the catalogue, no 153, can be downloaded here.

The Logistics of Moving Valuable Art, Explained by Convelio