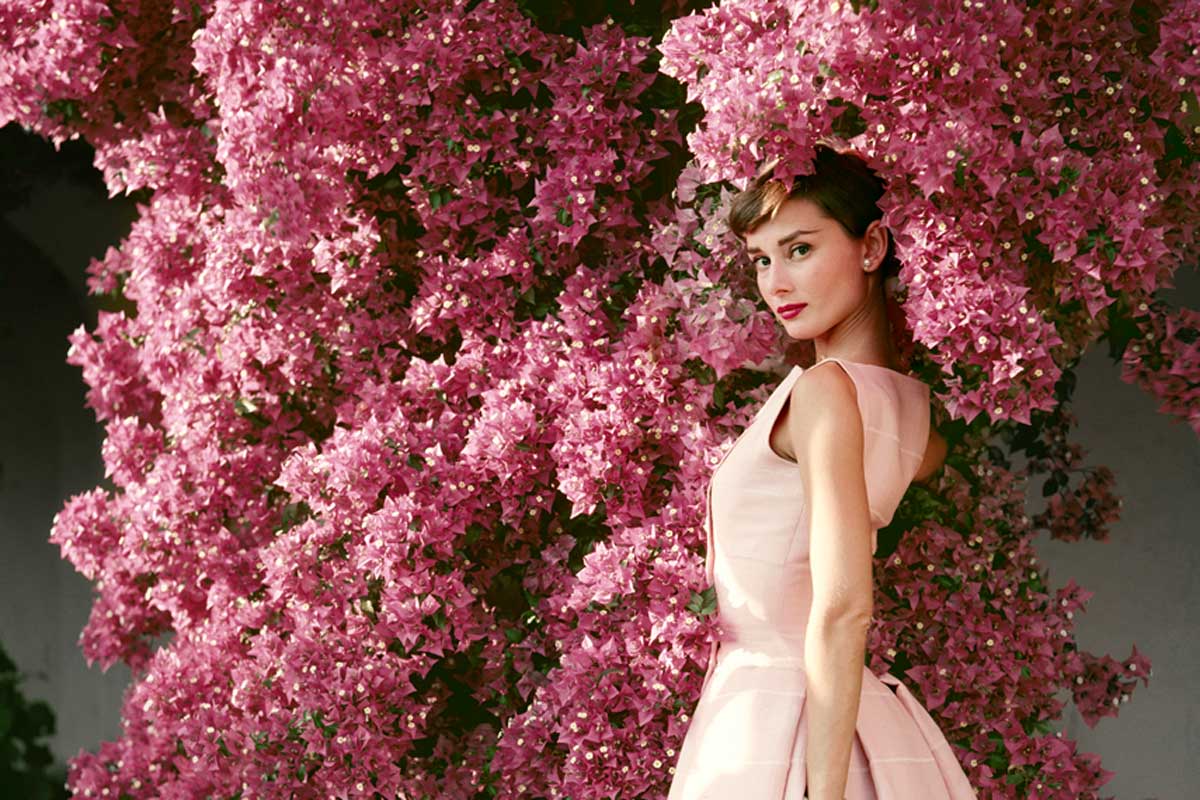 Proud Galleries’ display has been organised to coincide with the 25th anniversary of her death. It seeks to celebrate the legacy of this illustrious star and reveal a truer sense of the woman beneath the glamour.

Hepburn was renowned for her stirring acting roles, stylish sensibilities and humanitarian principles.

Having charmed her way through Hollywood’s Golden Age, she quickly earned herself a celebrity status—she was adored by people of all ages. Even today, she still remains one of the most recognisable figures of the 1950s.

Audrey Hepburn: Beyond the Screen will bring together masterful portraits from a pool of high profile photographers including Terry O’Neill, Norman Parkinson, Bob Willoughby, Eva Sereny, Mark Shaw and Douglas Kirkland. Each has been widely celebrated for their eye-catching portrayals of Hepburn.

While Hepburn’s long acting career is well documented, less is known of the struggles that she faced earlier in her life. Born to a Dutch baroness in 1929, Hepburn studied ballet in her formative years and was set to make it into a professional career.

Unfortunately, Hepburn’s family suffered dearly during the occupation of her small hometown, which occurred soon after Germany’s invasion of the Netherlands.

Hepburn relocated to London once the war ended and made her big break after being scouted during a performance of Cecil Landeau’s Sauce Piquante (1950). This catapulted her into her first award-winning role in Roman Holiday (1953), which followed just three years later.

Aside from her vast achievements in film, Hepburn also earned the esteemed Presidential Medal of Freedom for her charitable work with UNICEF.

Hepburn’s son Sean Ferrer explained that ‘she never forgot the chocolates and the outstretched hands: the little acts of kindness to children like herself […] She wanted to give something back to the world.’ It is this multifaceted, generous nature that is captured within Proud Galleries’ riveting retrospective.

The images portrayed within the photographic exhibition allow visitors to glimpse Audrey Hepburn through the lens, each time from an entirely new and unique perspective.

There is a delightful contrast between styles on show; Bob Willoughby’s fresh-faced Hepburn portraits are set beside colourfully vivacious snapshots taken by Terry O’Neill.

Meanwhile, Hepburn’s memorable style is immortalised in a small series of classic fashion shoots by Norman Parkinson and Douglas Kirkland.

One particularly striking image depicts Hepburn wearing a feminine Givenchy dress; she is positioned amongst the branches of a vibrant blossom tree.

The photoshoot was organised for Glamour magazine in the summer of 1955; Norman Parkinson took the shot.

Audrey Hepburn: Beyond the Screen recognises Hepburn’s significant position in history and popular culture by presenting important imagery from her life and career.

It goes to show that even a quarter century after her death, she is still making an impact on the art world and beyond.

After launching on 16th August, Audrey Hepburn: Beyond the Screen will display until 30th September 2018 at Proud Galleries in London.

FINE ARTS PARIS is Holding its Second Fair in November