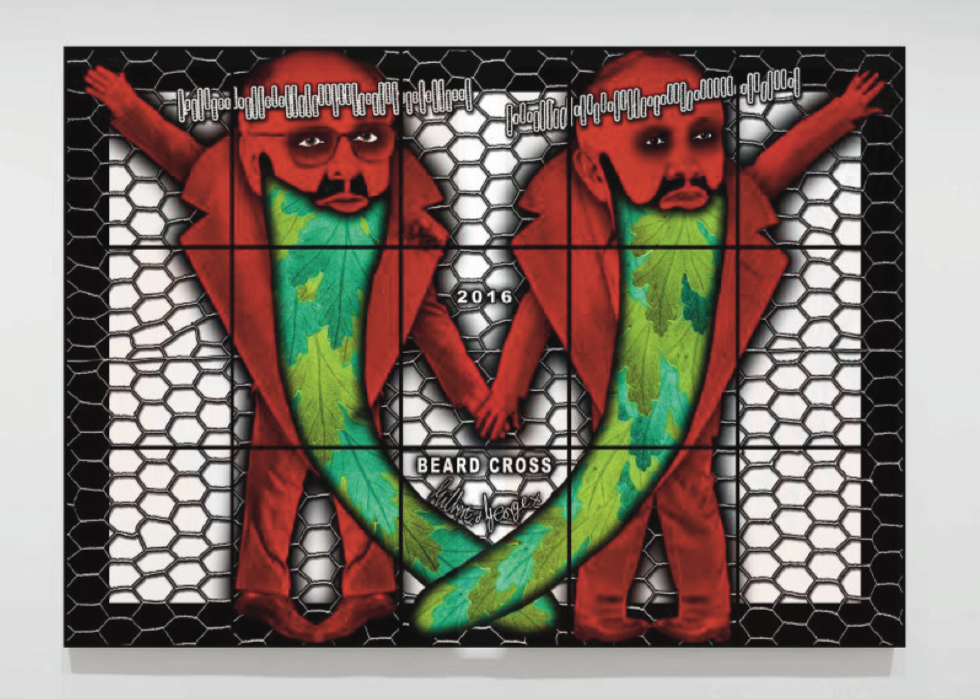 Photofairs in Shanghai will once again be opening to celebrate the coming together of 50 galleries. It will be held at the Shanghai Exhibition Centre, running from September 20th to 22nd.

On show will be examples from 50 of the most significant and forward thinking contemporary galleries across China and around the world.

Visitors will get the chance to view art from over 700 leading artists.

Gilbert & George are a collaborative duo well known for their brightly coloured graphic-style and photo-based works. Their beard-inspired series offers a unique contribution to contemporary art. The Beard Series is eerie and crazed, showing a dream-like world of madness and disruption. From Italy and the UK, they bring ideas from both nations into one.

Cory Arcangel presents his Lakes series, which depicts a wide array of image drawn from popular culture. These Jeans are shown on a flat screen television and presented sideways on the wall. The digital image is transformed and distorted, creating the appearance of a rippling mirror reflection in water.

Irving Penn is an American photographer who photographed flowers in the same way he photographed fashion shoots; against a white backdrop in the studio. He said of this particular work: “It has left me free to react with simple pleasure just to form and colour, without being diverted by considerations of rarity or tired to the convention that a flower must be photographed at its moment of unblemished, nubile perfection.

The series being shown by Erwin Wurm was published for Vogue in 2009. Wurm often presents his model in an awkward or paradoxical relationship to their surroundings.