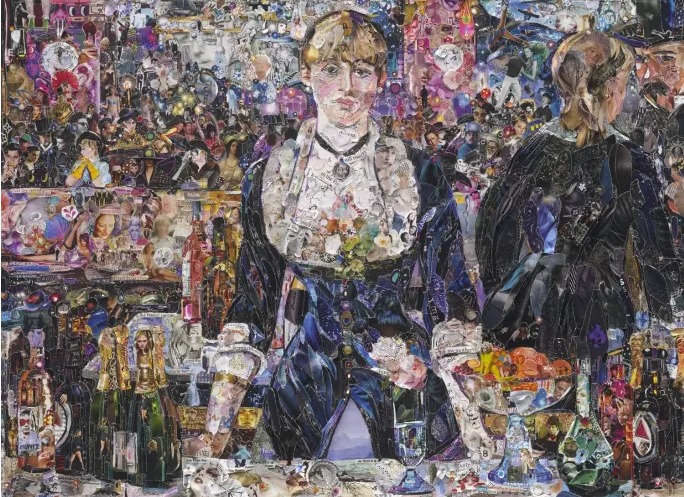 The Phillips Photographic auction, occurring on the 4th of April at 450 Park Avenue, New York, will be exhibiting and selling a multitude of prints from different genres across the 20th Century. A viewing of the auction will be held from the 27th of March to the 3rd of April.

The auction will be led by a rare, exhibition-sized printing of the 1981, Sie Kommen, Paris (Dressed Naked) by Helmut Newton and a distinctive large-scale print by Peter Beard, pictured below.

Speaking of the auction’s line up, Sarah Krueger, Head of Photographs in New York, said, “We are pleased to have the opportunity to offer such a remarkable selection of property in our April sale with exceptional prints that span a variety of genres of the 20th century, including Helmut Newton’s Sie Kommen, Paris (Dressed and Naked) and Dorothea Lange’s Migrant Mother, Nipomo, California. This season, Phillips is also proud to have had the privilege of working with a truly extraordinary group of private collectors, including the Collection of Ed Cohen and Victoria Shaw, a Private West Coast Collection, and, of course, Susie Tompkins Buell, whose collection will be on offer as an evening session.”

Helmet Newton’s, Sie Kommen (Dressed and Naked) is a monumental, four panelled work comprising of four women on the march, and whose title translates to ‘They Are Coming’ in English.

Newton’s panelled collection was originally published as a two-page spread in the French Vogue in 1981 and received high acclaim for being one of the most iconic images launched by the photographer. The women who formed the iconic spread, are empowered both ‘dressed’ in their high-end fashion wear and in their nudity. Moreover, the juxtaposition and reveal of these two states, ‘dressed’ and ‘nude’, the former kept covert by society, alongside the exhibition-sized printing, imbues the female models with an immense authority that its spectators cannot transcend.

Morals of Vision by William Eggleston is another highlight of the exhibition which has amassed legendary status amongst Eggleston’s art oeuvre. Illustrated using eight chromogenic prints and put forward as an edition of 15, Morals of Vision is accentuated by its artist-book presentation.

Contemporary works are abundant throughout the sale and encompass Peter Beard’s Tsavo East, which fuses together the groundbreaking, defining elements of Beard’s work over the last 60 years in an intricate collage.

It is a masterful composition exemplifying the most celebrated characteristics of Beard’s work including his fascination with the natural world, beauty, and cultural exploration.

Works from private collections will be listed in the auction and include 40 lots from the Private West Coast Collection, comprising Carrie Mae Weems’ High Yella Girl from her Colored People Series, Margaret Bourke-White’s The World’s Largest Dam – Dnieperstroi based at $20,000-30,000, a self portrait of Constantin Brancusi at his studio priced at $20,000-30,000 and Richard Avendon’s portrait of Francis Bacon at $15,000-25,000.

Other high points of the sale are A Constant Pursuit: Photographs from the Collection of Ed Cohen & Victoria Shaw which contains five works by Diane Arbus, including Clouds on Screen at a Drive-In Movie, N.J.,1960, and Young Couple in Washington Square Park, NYC, 1965, each estimated for $10,000-15,000.

For further information on the auction and to start bidding, visit here.