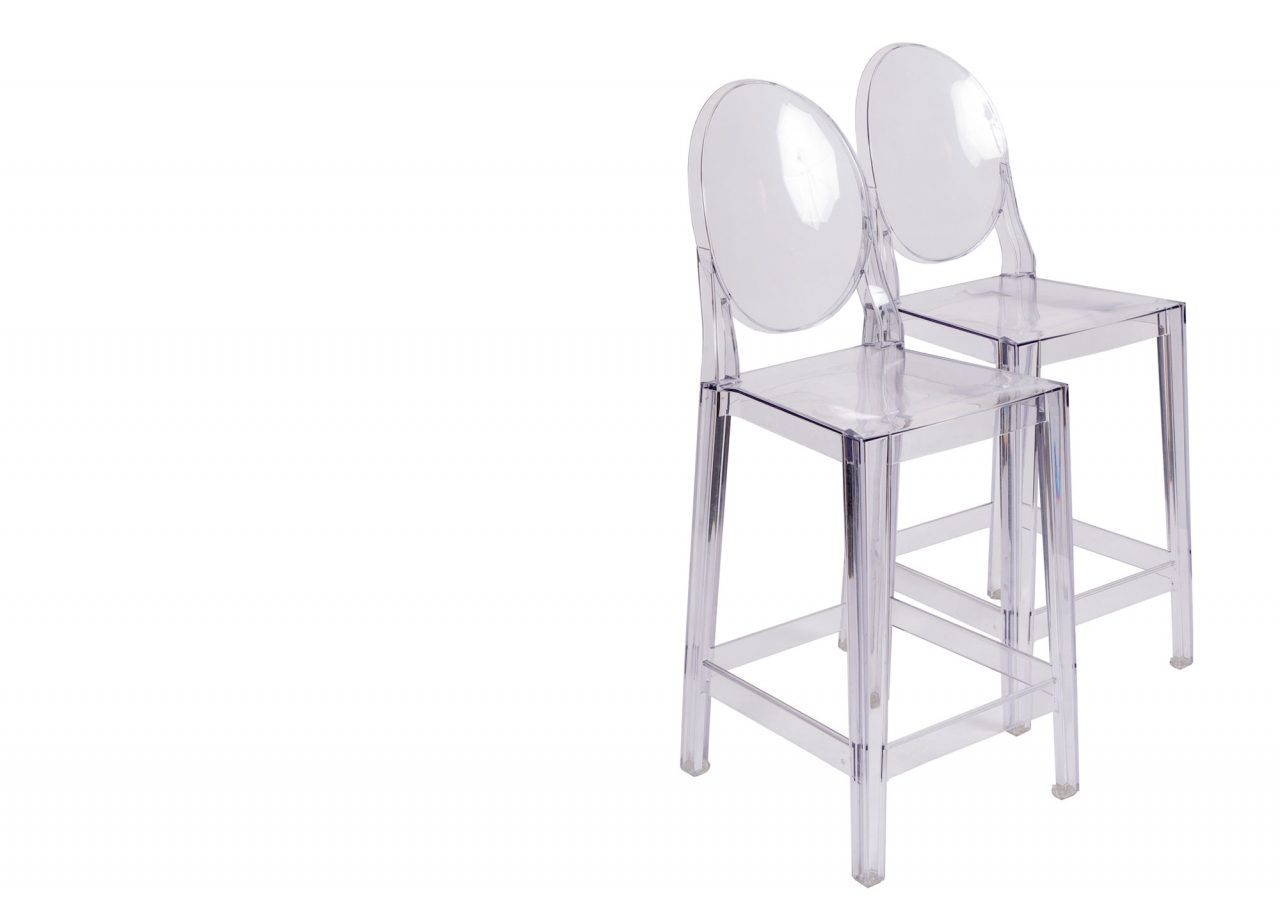 A considerable collection of Modern Art and Design collectibles including furniture by visionary designer Philippe Starck, pottery by Dame Lucie Rie and Edmund de Waal, and lighting and art by popular household names will go up for auction on Tuesday 27th October at Chorley’s of Gloucestershire.

Furniture by visionary designer Philippe Starck in the sale includes a pair of Cam El Eon bar stools (image top of page), grey plastic moulded seats on aluminium frame for Driade expected to achieve £200-300, and a pair of Ghost crystal ‘One More’ bar stools for Kartell with an estimated price of £400-600.

The Hoyland Collection of Gordon Russell furniture, commissioned by Geoffrey Hoyland in the 1920s for his own house will go under the hammer. Hoyland was very instrumental in helping Russell establish his reputation and was an old-fashioned ‘patron’ of the fledgling company. The collection includes a sideboard set to fetch £800-1,200 and a pair of walnut standard lamps with an estimated value of £400-600.

A Quarry in the Cotswolds painted in 1932 by Arts & Crafts painter Charles March Gere, that was purchased directly from the artist by Geoffrey Hoyland around the same time as his Gordon Russell furniture, has an estimated value of £2,500 – 3,500.

A rare set of seven Arts & Crafts dining chairs, immaculately reupholstered in stunning blue and green peacock fabric, to a design attributed to W H Lethaby for Morris & Co or Liberty, circa 1900 are set to achieve £1,500 – 2,500.

Author of The Hare with the Amber Eyes, Edmund de Waal’s porcelain vessels range from vast installations to tiny ghost-like beakers, of which there are six examples in the sale – each beaker is expected to achieve £900 – 1,100.

An Italian floor lamp with a sculptural orange glass shade supported by a metal frame made in the 1960s by Stilnovo will go under the hammer for £500-800.

The sale will feature pieces by acclaimed potter Dame Lucie Rie including a coffee pot set to achieve £400 – 600, a milk jug with an estimated value of £200-300 and teacups as well as a number of saucepan-type vessels.

An exhibition catalogue containing 72 black and white reproductions of Pablo Picasso’s works called Picasso Pinturas, Abril 1961 with a printed colour cover signed to the front in pencil ‘Picasso’ is set to achieve £300-500.

The auction takes place on Tuesday 27th October from 10am.

How Billy Reid's Bond Peacoat Made it Onscreen