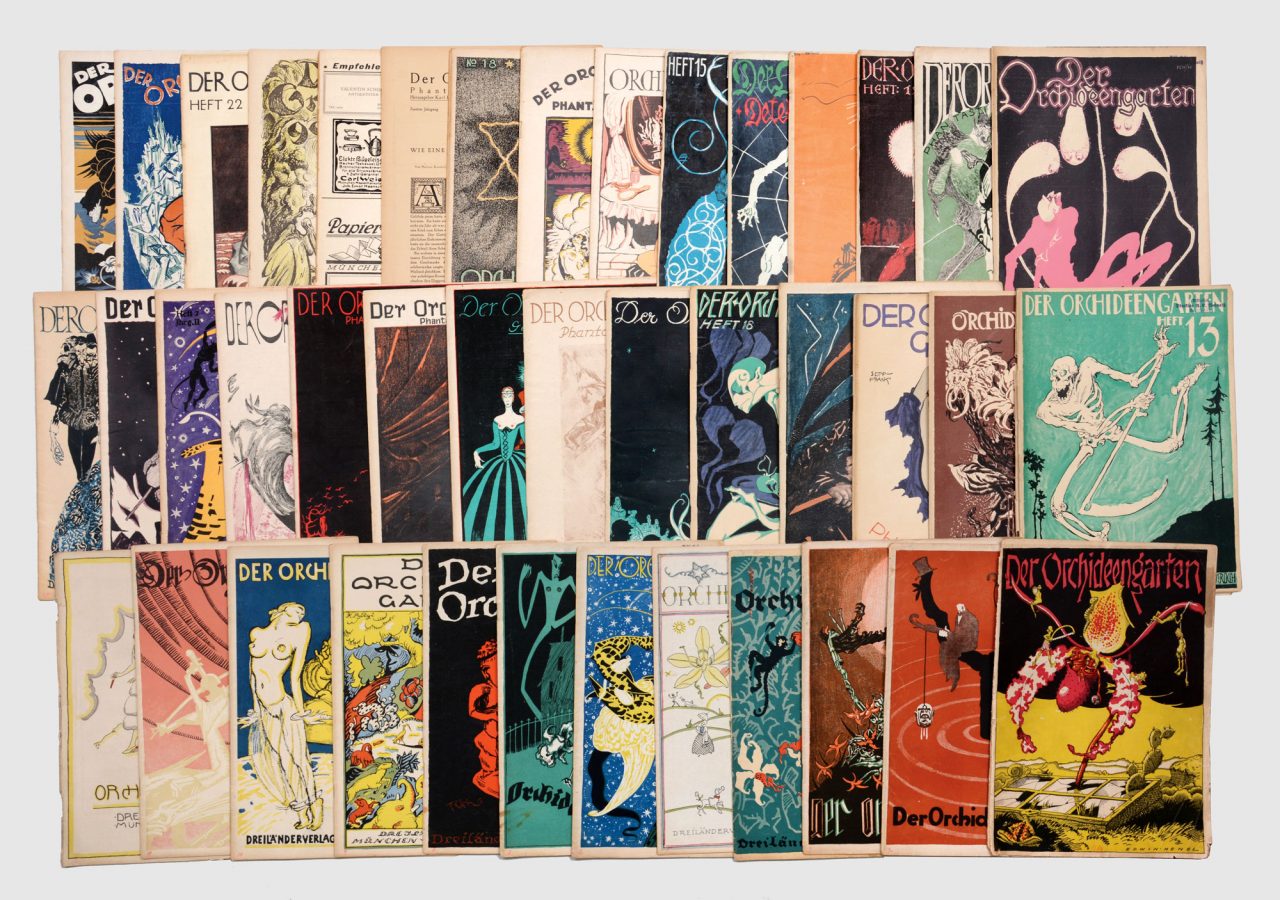 Rare bookseller Peter Harrington‘s latest literature catalogue is its first to specialise in fantasy and science fiction, with rarities spanning a broad selection of popular and specialist genres.

A rare first edition of Mary Shelley’s The Last Man in original boards is a timely highlight of the selection, with the novel set among the last survivors of a global pandemic at the end of the 21st century. The last time another copy of this rarity surviving in its original binding appeared on the open market was at an auction in 1956.

Entitled In Other Worlds: Fantasy, Science Fiction, and Beyond the catalogue curates 180 works of fantasy and science fiction across several centuries, from the 15th century first printing in the original Greek of the epic of Jason and the Argonauts, to the most limited and deluxe edition of George R. R. Martin’s A Song of Ice and Fire.

• Mary Shelley’s The Last Man – the first fully-realised apocalyptic novel, a genre which has endured across the years.

• A signed first hardcover edition of I Am Legend by Richard Matheson – another highly influential novel in “the last man” genre. The novel has inspired at least three films, including the 2007 Hollywood production starring Will Smith.

• A deluxe signed limited edition of George R.R Martin’s A Song of Ice and Fire: A Game of Thrones; A Clash of Kings; A Storm of Swords; A Feast For Crows; A Dance of Dragons – one of only 52 lettered sets signed by the author and illustrators, with an original drawing in each volume.

• The first science fiction novel written by an American – A Voyage of Discovery by Capt. Adam Seaborn, a rare first edition of a book that started a long line of ‘hollow earth’ lost race fiction.

• A rare complete set of the first two volumes of the first magazine to be dedicated to fantasy literature – the Weimar-era Der Orchideengarten edited by macabre fiction writer Karl Hans Strobl and artist and writer Alfons von Czibulka, all surviving in the striking original illustrated wrappers (see top of page).

• First edition of the feminist utopia Herland, by Charlotte Perkins Gilman, which follows three young men as they discover a utopia inhabited by an all-female race. This rare copy is inscribed by the author to a fellow suffragist.

• Why Viking Lander, Why the Planet Mars? by Ray Bradbury – the original manuscript draft of this poem, written while witnessing the Viking 1 spacecraft entering Martian orbit.

Commenting on the catalogue, Sammy Jay, the literature specialist at Peter Harrington responsible for curating the selection, says: “In this time of isolation, books have proven to be more than usually exciting companions. From escapist fantasy to political dystopia, from gothic nightmare to spiritual quest, writers have dissolved the boundaries of the possible, reshaping the worlds we think we know, and travelling with us to wholly new planets. Embracing the newest science and the oldest myths, the heritage of imaginative literature remains both relevant and enduring.”

He added: “We all need some escapism these days, and this catalogue offers plenty of high-octane getaway fuel. Fantasy, however, isn’t only about escapism – in the words of the writer Katherine Rundell, “it’s not escapism: it is findism … Books are not a hiding place, they are a seeking place.” With creativity being increasingly looked to as the key to human adaptability, the rich heritage of imaginative literature – from the oldest myths to the newest sci-fi – can only grow in relevance as a training ground for the minds of tomorrow.”

Pom Harrington, owner of Peter Harrington adds: “Our newest catalogue celebrates popular and niche fantasy literature and science fiction – each genre of which has contributed something unique to the literary universe. You will find works from movements that enjoy a huge popular following such as alien dystopia and Martian fiction, classical mythology and fairy tales, gothic horror, the supernatural and hard science fiction. But you will also find some superb examples of more niche genres such as feminist utopia fiction, drug-induced literature by writers such as Jean Cocteau and S.T Coleridge, influential Christian fantasy literature such as Pilgrim’s Progress and the many imaginative tales that have defined enduring classics of children’s literature.”

• First edition, in the rare and desirable first state of both text and binding of The Wonderful Wizard of Oz – a landmark work of American fantasy literature by L. Frank Baum.

• One of the earliest obtainable editions of The Pilgrim’s Progress from This World to That Which Is to Come, a landmark of Christian fantasy by John Bunyan.

• Inscribed first edition of A Maid from Mars by Katherine Ross Derrick – a rare early Martian fiction by a female author.

• First edition inscribed by the author, of Frank Herbert’s Dune, a seminal work of science fiction and among the best known and most widely read in the genre. It was the basis of the 1984 David Lynch film, with a new adaptation due this year starring Timothée Chalamet.

• First editions of J.R.R Tolkien’s The Lord of the Rings trilogy – one of the most popular and influential works of literature in the 20th century.

• Editio princeps of Argonautica, the most important Greek epic of the 3rd century BCE, the definitive telling of the story of Jason and the Argonauts and their quest for the Golden Fleece.

• First editions of well-loved children’s fantasy literature, including J.M Barrie’s Peter and Wendy – an expanded adaptation into novel form of the 1904 stage play Peter Pan, or The Boy Who Wouldn’t Grow; and a first published edition of Alice’s Adventures in Wonderland by Lewis Carroll.

All items in this catalogue will be available for sale online at www.peterharrington.co.uk.

The Peter Harrington shops plan to re-open from 15th June. The items in this catalogue will be on display at the Dover Street branch in Mayfair, which will open with social distancing measures in place, with appointment booking recommended. The Fulham Road branch in Chelsea will open by appointment only.

The online store is open and specialists are available to give consultations by Zoom video chat or FaceTime – buyers can email mail@peterharrington.co.uk to set up an appointment, or if they have any other questions.