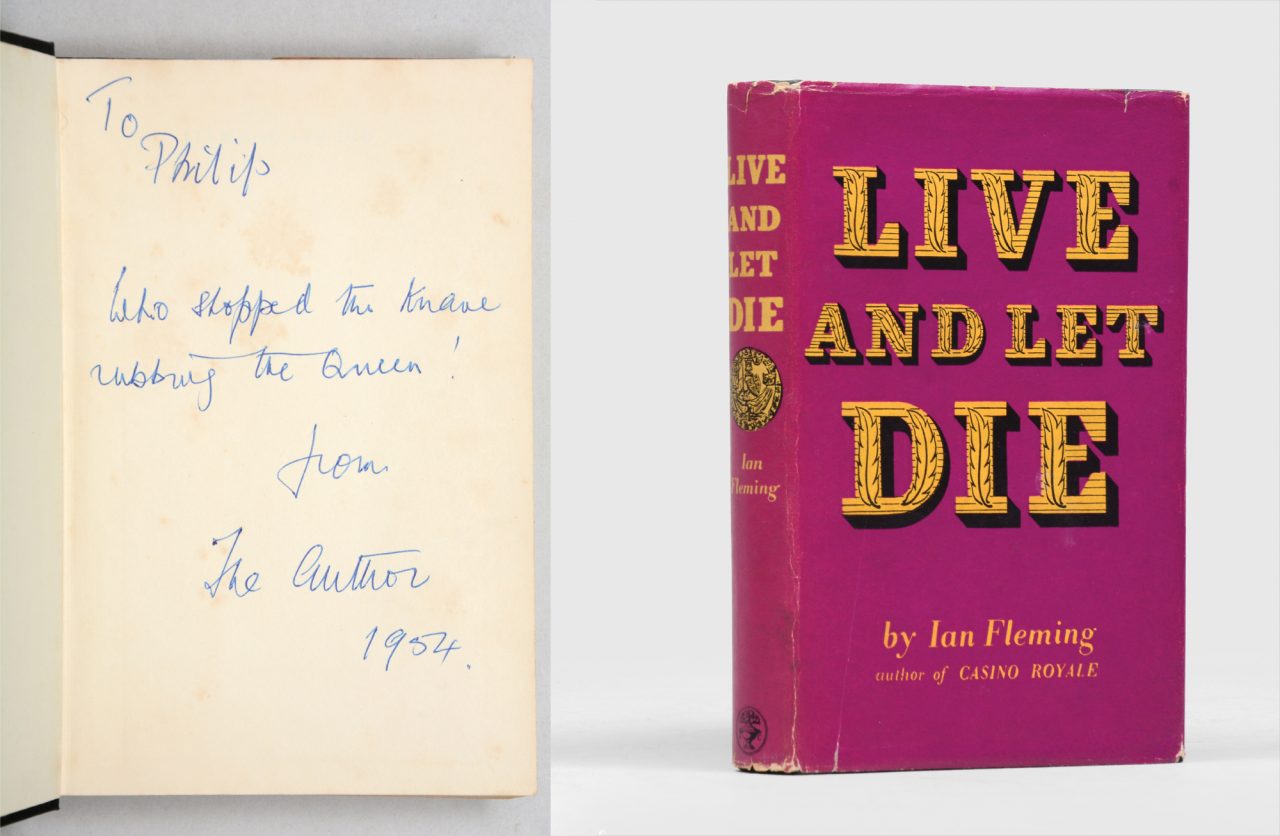 Among others the catalogue contains a superb presentation copy of Oliver Twist, inscribed by the author to his close friend William Charles Macready on the title page: “W.C. Macready from his affectionate friend Charles Dickens Christmas 1841.” Macready was an actor and theatre-manager and was introduced to Dickens in 1837. They immediately became close friends, as did their wives, and Dickens was soon attending Macready’s rehearsals and performances. Dickens would also visit Macready to read out part of his novels as he worked on them, sometimes moving Macready to tears. Nicholas Nickleby, published in 1839, was dedicated to Macready and he was the godfather of Dickens’s daughter Kate. Dickens inscribed this copy of Oliver Twist shortly before he and his wife left for America on 4th January 1842 leaving his children in Macready’s care. When Macready retired from the stage in 1851 Dickens gave the celebratory speech and they remained friends until Dickens died in 1870.

A bronze maquette of the Churchill statute in Parliament Square (1976) which is one of the most widely recognised images of Churchill (£85,000);
An original signed drawing of a $ sign by Andy Warhol (1978) which he produced to gain entry to a Rolling Stones concert (£25,000).

The first copy off the press of the second authorised edition of Lady Chatterley’s Lover inscribed and presented by the author to the publisher Edward Titus: “To Edward W. Titus from D.H. Lawrence this first copy of our Lady of Paris. Forte dei Marmi, 26 June 1929.” Accompanying the book is a typed letter signed from Lawrence to Titus which was Lawrence’s attempt to draw up a formal contract with his publisher for this edition. He outlines the agreed terms including the published price, number of copies to be printed, terms under which further printings could be made and details regarding the termination of the contract.

All of the items are on display in the Peter Harrington shop in Dover Street and a pdf of the catalogue can be seen by clicking here.