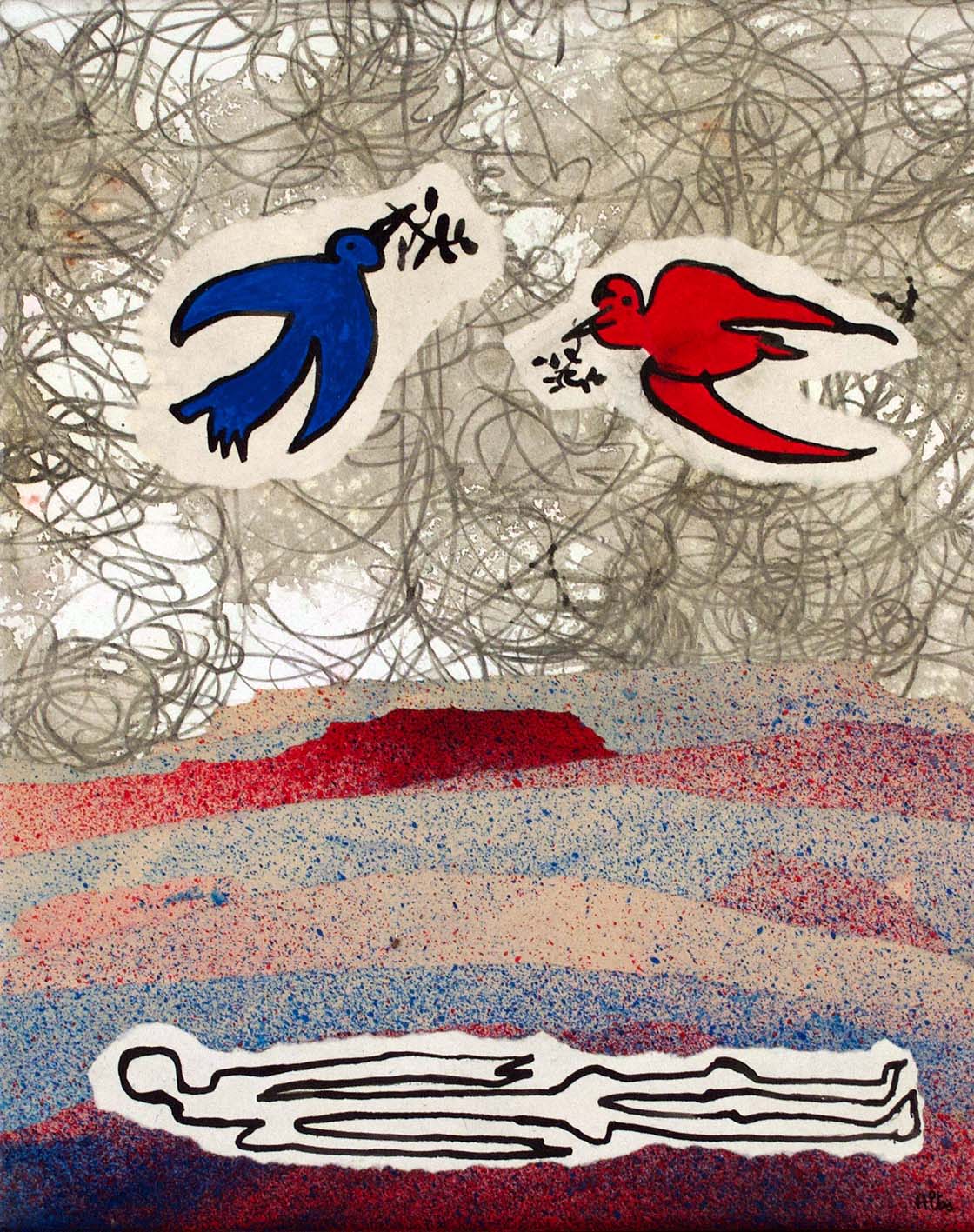 Tackling themes of negative cultural stereotyping and advocating tolerance and respect in times of angst, division and separatism, the free show features several installation pieces, together with new digital collages, posters and paintings, often involving the layering process that has become a hallmark of Altes’ work.

Born in colonised Algeria and having lived in many countries – including South Africa under apartheid – before settling in Britain in 2006, international artist Patrick Altes’s work is deeply informed by his own personal history and the diasporic experiences that have both defined his identity and fuelled his artistic exploration.

A leading light in the emerging Franco-Algerian art movement, Altes’s first-hand experience of unjust, brutal and discriminatory societies fuelled a sense for the politically, socially and humanly acceptable which has become a thematic concern visible in all his creative work. With perilous journeys depositing migrants on European – and now, British – shores, Altes turns his attention to the harrowing circumstances that increasingly accompany migration and resettlement.

The exhibition curated by Middle Eastern Art specialist Janet Rady and supported by the Arts Council will encompass outreach and public engagement activities. These activities will encourage pupils, students and participating members of the public to reflect on our values and ideas– bringing concepts such as the rule of law, diversity, democracy and individual liberty into the conversation.

Karim Sergoua, Curator of the third Mediterranean Biennale of Contemporary Art of Oran says: “From the onset, Patrick Altes strikes you with his empathy, his intelligence, his creativity as well as his artistic proficiency. His engagement with memory takes its roots in his early life in North Africa and has influenced a complex visual language that powerfully serves its purpose. His current creations elicit strong powerful sweeping emotions in the viewer.”