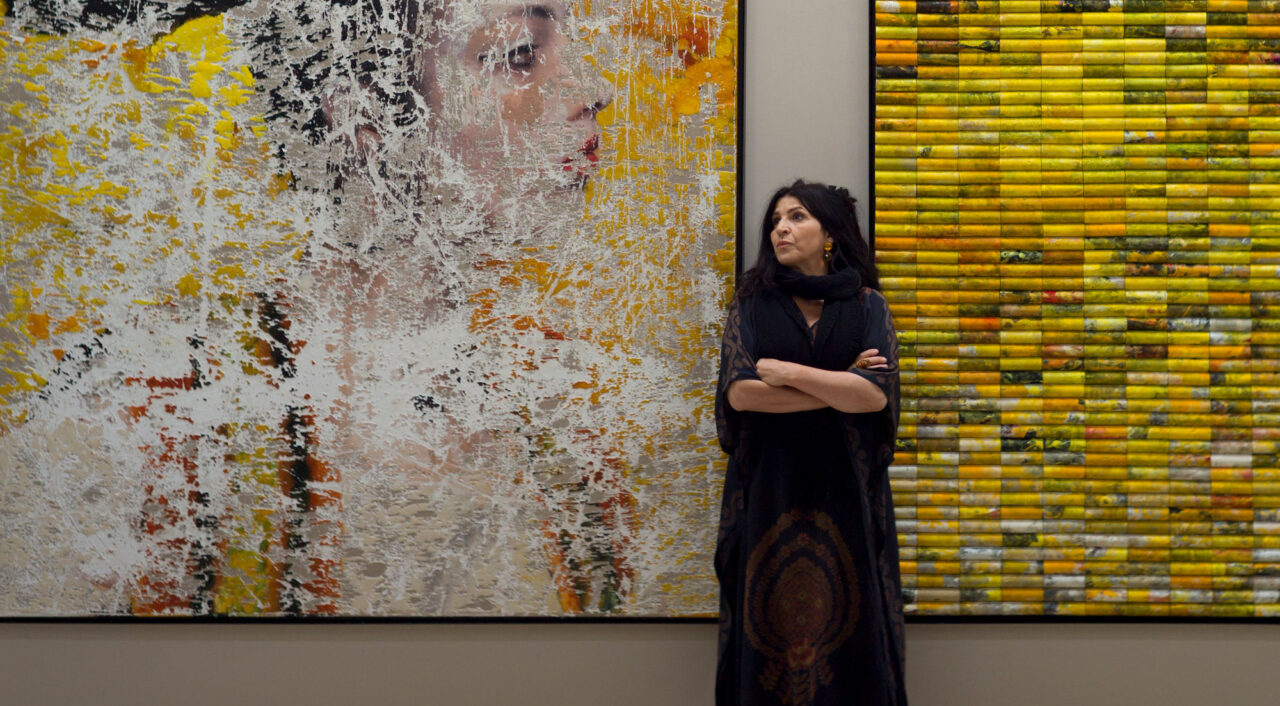 Lita Cabellut (b.1961, Spain) is a multidisciplinary artist who lives and works in the Netherlands, where she was appointed Artist of the Year 2021. Her works include an extraordinary oeuvre of painting, sculpture, photography, installation, video and performance. She has also expanded to opera scenography with stage, custom and video design.

At the age of thirteen, Lita Cabellut discovered the art of the great masters Goya, Velázquez, Ribera and Rembrandt during a trip to the Prado Museum in Madrid together with her newly adopted family. On leaving the museum Cabellut knew being an artist was going to be her future, in her own words: “I married very young, my first marriage was to art”. At the age of 19 she pursued painting at the Rietveld Academy in Amsterdam, where she was strongly influenced by Dutch portraiture. Her center-focused portraits, which appear from dark backgrounds are comparable to Rembrandt and carry the same fearlessness as those of Goya.

Over the years, Cabellut has developed a unique practice characterized by large-scale canvases that combine traditional techniques and modern media applications created with an exuberance of colour. The central theme of the individual and existential questions are primarily expressed through her defining monumental portraits. Each image attempts to capture the raw essence of the subject.

With this exhibition, Lita Cabellut intends to represent the sensation of skin and the perception through touch. Skin is exposed to the outside, to light, to darkness, to pain, to pleasure, and it is this area that the artist wants to render tangible through the surface of her own canvas. The evocative and dense images that constitute the series Fur and Feathers combine modern portraiture with mythology, philosophy, and art history. Each person: a friend, family member, professional model or stranger from the street, has been represented together with their entangled animal counterpart. The marks and traits of animals are not primarily animalistic forms but rather spirits that enhance the individual sitter. Cabellut asks us to consider individuality more profoundly and to expand our perceptions of a highly contradictory relationship between humans and animals.

Opera Gallery hosts Lita Cabellut’s exhibition in its pop-up gallery at Unit 6, Burlington Arcade, before settling in a grand new space on New Bond Street that will open in 2023.