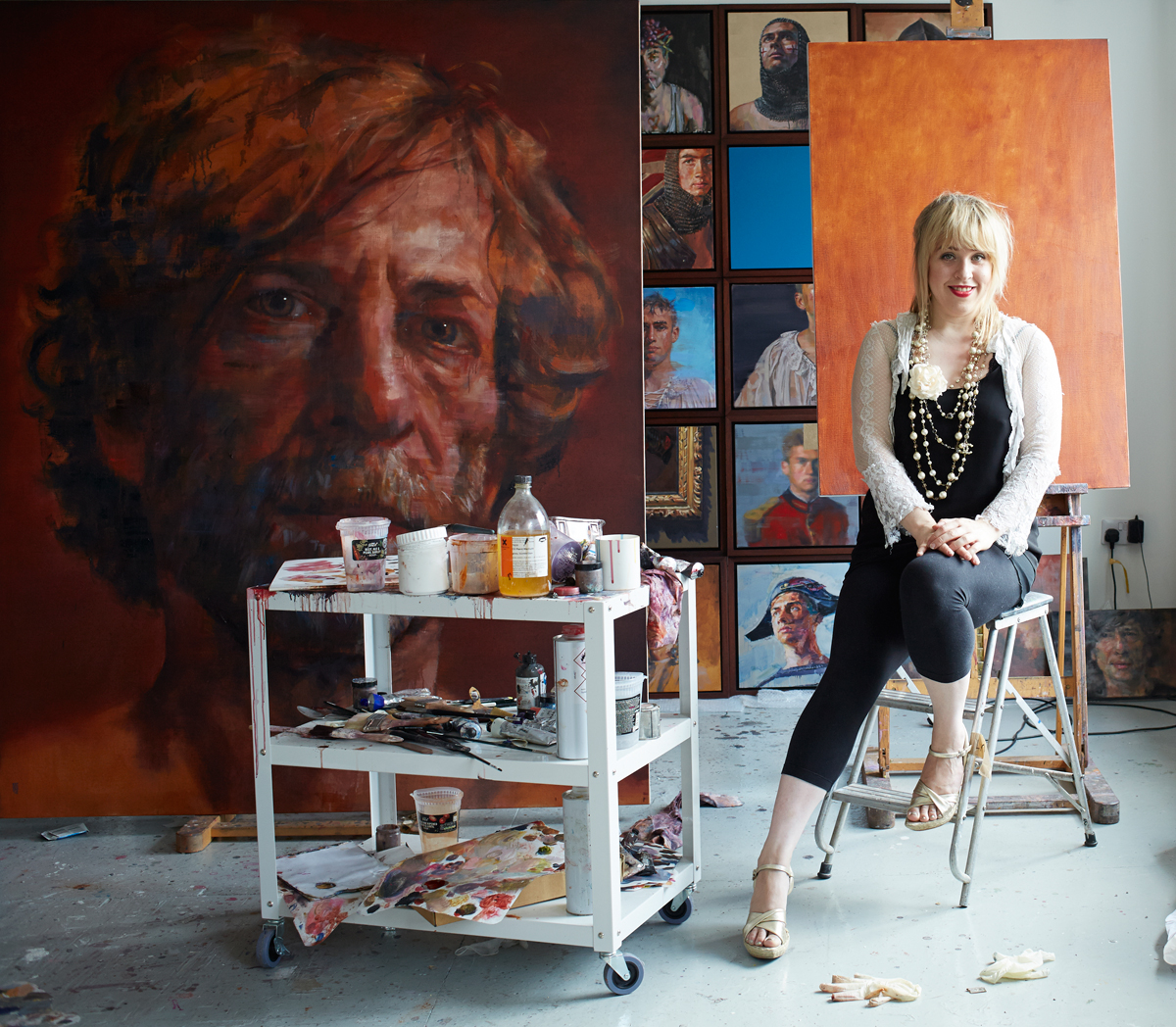 As the Amazon Prime adaptation of Good Omens, the cult-favourite novel by Terry Pratchett and Neil Gaiman, nears its release, paintings of Neil Gaiman by Lorna May Wadsworth are to be unveiled at Philip Mould’s Pall Mall gallery.

The six-part series Good Omens, starring David Tennant and Michael Sheen, is released worldwide on Amazon Prime Video on May 31 2019. The portraits will be showcased among Holbein and Van Dyck paintings at Philip Mould’s prestigious Pall Mall gallery.

The television series has been adapted by Gaiman, who co-wrote the book 30 years ago at the outset of his career with author Terry Pratchett.

The exhibition will include a two-metre painting of Gaiman’s face, entitled Big Neil, and another smaller work captured on a 5,000 year old piece of bog oak shaped like a book.

“The process of being painted by Lorna was an absolutely fascinating one of standing for her – occasionally sitting but it seemed like it was more standing,” says Gaiman. “Of just watching her somehow reproduce things that I don’t normally see about me, but that feel somehow accurate. It’s that thing that a really good portrait does – going just that little bit deeper, beneath the skin. I think that the person that Lorna has painted looks like they tell stories and looks like they have stories to tell.” Lorna has also produced a series of prints, 50 of which will be signed by Gaiman, which are available from her website www.goodicons.co.uk.

A retrospective of her work will be held at Graves Gallery Sheffield from November 2019.

Film Props From 24, Star Trek and Flash Gordon Up For Auction by Ewbank’s

How Did Nobuo Sekine Catalyse the ‘Mona-ha’ Japanese Art Movement?