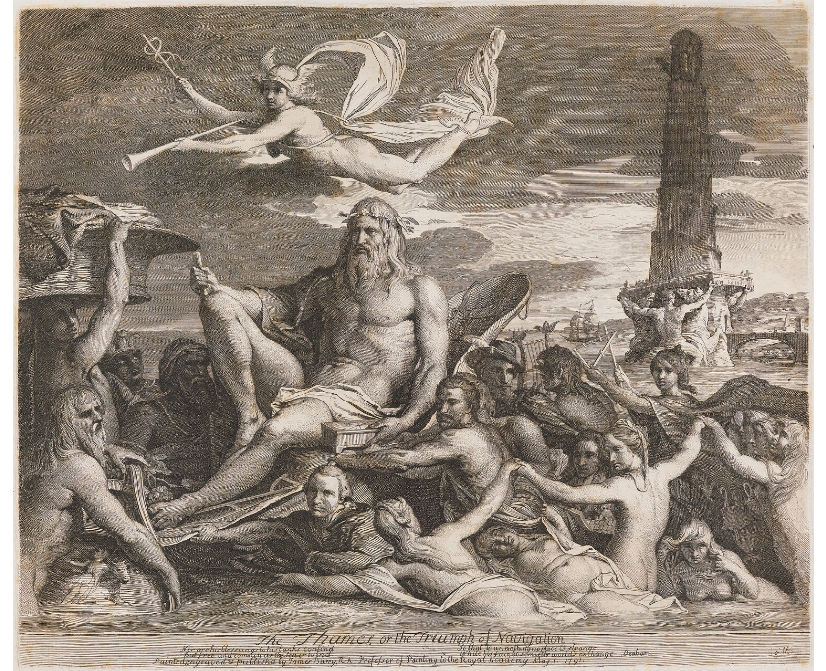 The National Portrait Gallery will loan six portraits of the nation’s best-known historical characters to The Box museum in Plymouth from 25th September 2021 until 6th March 2022 as part of its National Skills Sharing Partnership programme.

The six works that are coming to The Box museum will be shown in its 100 Journeys gallery, which highlights Plymouth as the starting point for some of the world’s most famous expeditions and voyages. The works include depictions of Captain Cook, Charles Darwin, Napoléon Bonaparte, Sir Francis Drake and Sir Walter Ralegh all of whom took part in or led some of history’s most iconic and notorious voyages.

The portraits – many of which have not been on display for a long time – will be exhibited amongst The Box’s significant collection of breath-taking original explorer materials from voyages of exploration and scientific discovery, including Sir Francis Drake’s sword, globe and drum, Scott of the Antarctic’s skis and mittens and Darwin’s sextant from the Beagle, as well as letters written by Ralegh and archival material from Plymouth’s anti-slavery movement.

The National Portrait Gallery works include a portrait of the British explorer Captain Cook shown in his uniform as a naval captain painted by John Webber, the official artist to Cook’s last voyage which set sail from Plymouth to the Pacific in 1776. Two lithographs of naturalist, geologist, and originator of the theory of evolution Charles Darwin whose voyage of discovery aboard HMS Beagle started from Plymouth in 1831 will also be on display. One is by 19th century caricaturist Faustin Betbeder, while another titled A Venerable Orang-Outang: A Contribution to Unnatural History by an unknown artist was first published in the Hornet in 1871 by Frederick Arnold.

Having been famously imprisoned aboard HMS Bellerophon in Plymouth Sound in the summer of 1815, Napoléon was subsequently exiled to the remote Atlantic Island of St Helena. Painter and diarist Benjamin Robert Haydon (born in Plympton St Maurice, just outside Plymouth) was a great admirer of Napoléon, painting dozens of pictures of him. He even bought his death mask and tried on one of the emperor’s hats, which to his delight, fitted exactly. His portrait of Napoléon is contemplative and reflective, as he muses on his fortunes and misfortunes.

Also on display will be a rare bromide postcard print of Scott of the Antarctic. Memory of the Antarctic Heroes was published in about 1912 by the Rotary Photographic Co Ltd and depicts the Plymothian explorer who became the first British man to lead an expedition to the South Pole in 1912. Additionally, an etching by James Barry titled Triumph of Navigation dates to 1 May 1791 and depicts James Cook, Sir Walter Ralegh and Sir Francis Drake grouped together.

Councillor Mark Deacon, Cabinet Member for Customer Services, Culture, Leisure and Sport said: “We’re delighted to be collaborating with the National Portrait Gallery as part of this national partnership and to be able to display works of such well-known historic figures at The Box over the next few months. The objects in the 100 Journeys gallery already help us tell some fascinating tales about Plymouth as a point of arrival and departure. These new loans will enhance the displays and the experience for our visitors even more.”

Dr Nicholas Cullinan, Director, National Portrait Gallery, London said: “We are delighted to be partnering with The Box on the National Skills Sharing Partnership as part of our transformational Inspiring People project. By working collaboratively with museums and galleries in this way we hope to encourage exchange of skills and knowledge which will benefit both museum professionals and our audiences, and to develop collaborative displays which will make our portraits accessible to many more people across the UK.”

The relationship between The Box museum and the National Portrait Gallery dates back to 2007 when Plymouth’s former Museum and Art Gallery hosted ‘Snowdon: Iconic Portraits’ as part of the DCMS/DfES Strategic Commissioning Programme. The partnership also saw further exhibitions, ‘Family Album’ (2008), ‘Writers of Influence: Shakespeare to J.K. Rowling’ (2010), ‘Comedians: From the 1940s to now’ (2011) and ‘Laura Knight Portraits’ (2014) displayed in the city.

The new loans can be seen in The Box museum 100 Journeys gallery from 25th September 2021 until 6th March 2022. Opening hours are 10am-5pm Tuesday to Sunday. Admission is free and there is no need to book a ticket in advance.

SEE ALSO: Programme Announced for The Other Art Fair London 2021

Programme Announced for The Other Art Fair London 2021