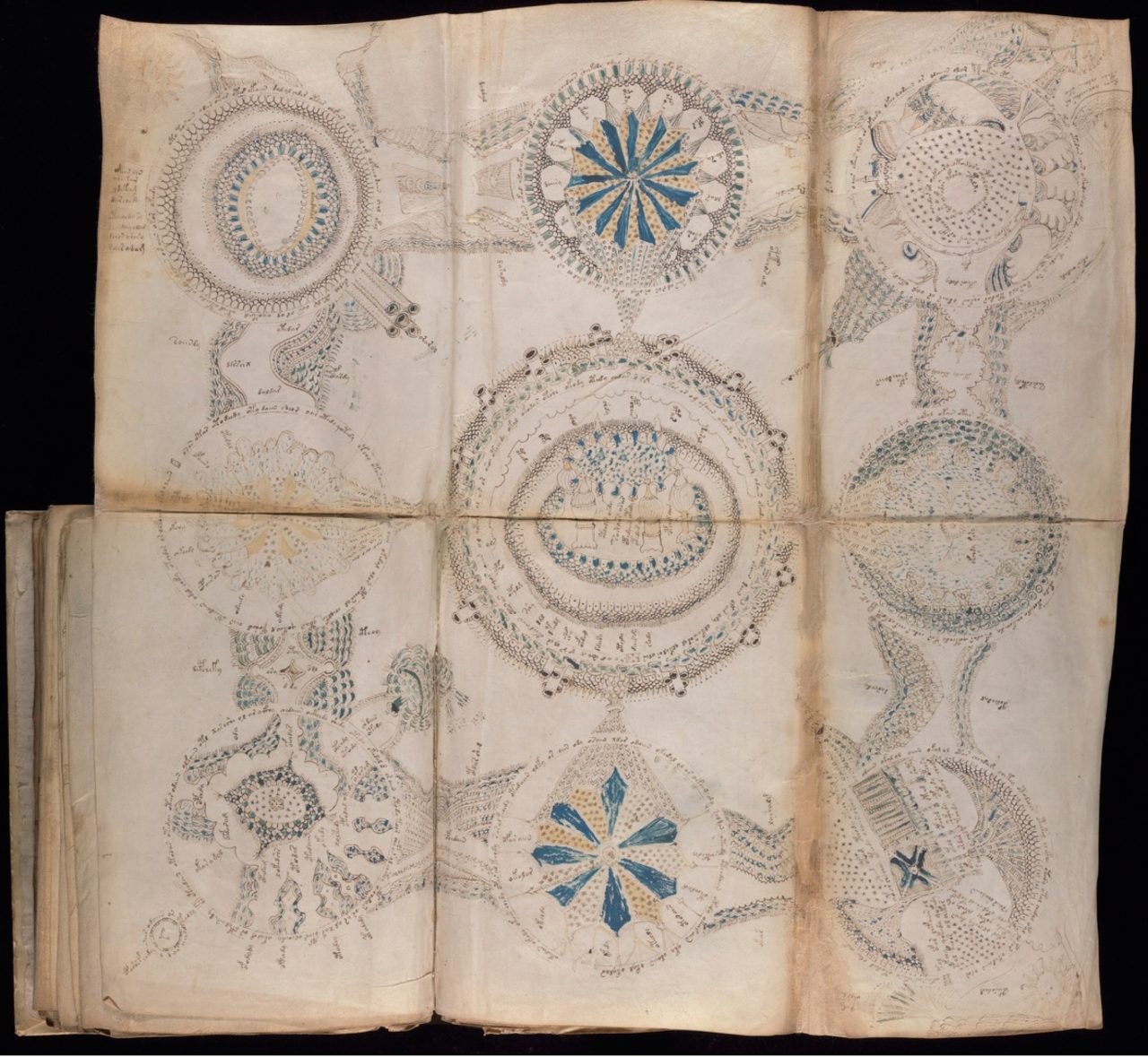 An academic from the University of Bristol claims to have succeeded where cryptographers, linguists and programmers have failed, by decoding the meaning of the ‘world’s most mysterious text’, the Voynich Manuscript.

The meaning of the manuscript, carbon dated to the 1400s and discovered in an Italian monastery in 1912 by book dealer Wilfred Voynich, has eluded scholars for decades. The manuscript is small, seven by ten inches, but thick, nearly 235 pages. Illustrated with botanical, geographical and mystical images, it was thought to be written in code, but no analysis seemed to be able to reveal the original language. AI scientists at the University of Alberta concluded it was Hebrew, while botanists studying the plant illustrations suggested an origin in Mexico. It was theorised to be the work of English astronomer Roger Bacon, of Leonardo da Vinci, a 16th century hoax, or (by ‘alien astronaut’ theorist Erich von Däniken) the lost works of the prophet Enoch.

Illustrations in the manuscript seem to show astronomical images, diagrams of plumbing systems and an erupting volcano which may have prompted a rescue mission and the drawing of the map.

In 1969, the Voynich manuscript was donated by book dealer Hans P. Kraus to Yale University’s Beinecke Rare Book and Manuscript Library, where it is catalogued under call number MS 408.

University of Bristol research associate Dr. Gerard Cheshire now claims to have solved the mystery in two weeks, using a combination of lateral thinking and ingenuity to identify the language and writing system of the manuscript.

In a peer-reviewed paper, The Language and Writing System of MS408 (Voynich) Explained, published in the journal Romance Studies, Cheshire describes how he deciphered the manuscript and revealed the only known written example of a “proto-Romance” language.

“I experienced a series of ‘eureka’ moments whilst deciphering the code, followed by a sense of disbelief and excitement when I realised the magnitude of the achievement, both in terms of its linguistic importance and the revelations about the origin and content of the manuscript.

“What it reveals is even more amazing than the myths and fantasies it has generated. For example, the manuscript was compiled by Dominican nuns as a source of reference for Maria of Castile, Queen of Aragon, who happens to have been great aunt to Catherine of Aragon.

“It is also no exaggeration to say this work represents one of the most important developments to date in Romance linguistics. The manuscript is written in proto-Romance—ancestral to today’s Romance languages including Portuguese, Spanish, French, Italian, Romanian, Catalan and Galician. The language used was ubiquitous in the Mediterranean during the Medieval period, but it was seldom written in official or important documents because Latin was the language of royalty, church and government. As a result, proto-Romance was lost from the record, until now.”

Cheshire explains in linguistic terms what makes the manuscript so unusual:

“It uses an extinct language. Its alphabet is a combination of unfamiliar and more familiar symbols. It includes no dedicated punctuation marks, although some letters have symbol variants to indicate punctuation or phonetic accents. All of the letters are in lower case and there are no double consonants. It includes diphthong, triphthongs, quadriphthongs and even quintiphthongs for the abbreviation of phonetic components. It also includes some words and abbreviations in Latin.”

“Now the language and writing system have been explained, the pages of the manuscript have been laid open for scholars to explore and reveal, for the first time, its true linguistic and informative content.”

Some experts have already questioned Cheshire’s interpretation, but he says that the next step is to use his theory to translate the entire manuscript and compile a lexicon, which he says will take some time and funding, as it comprises more than 200 pages.