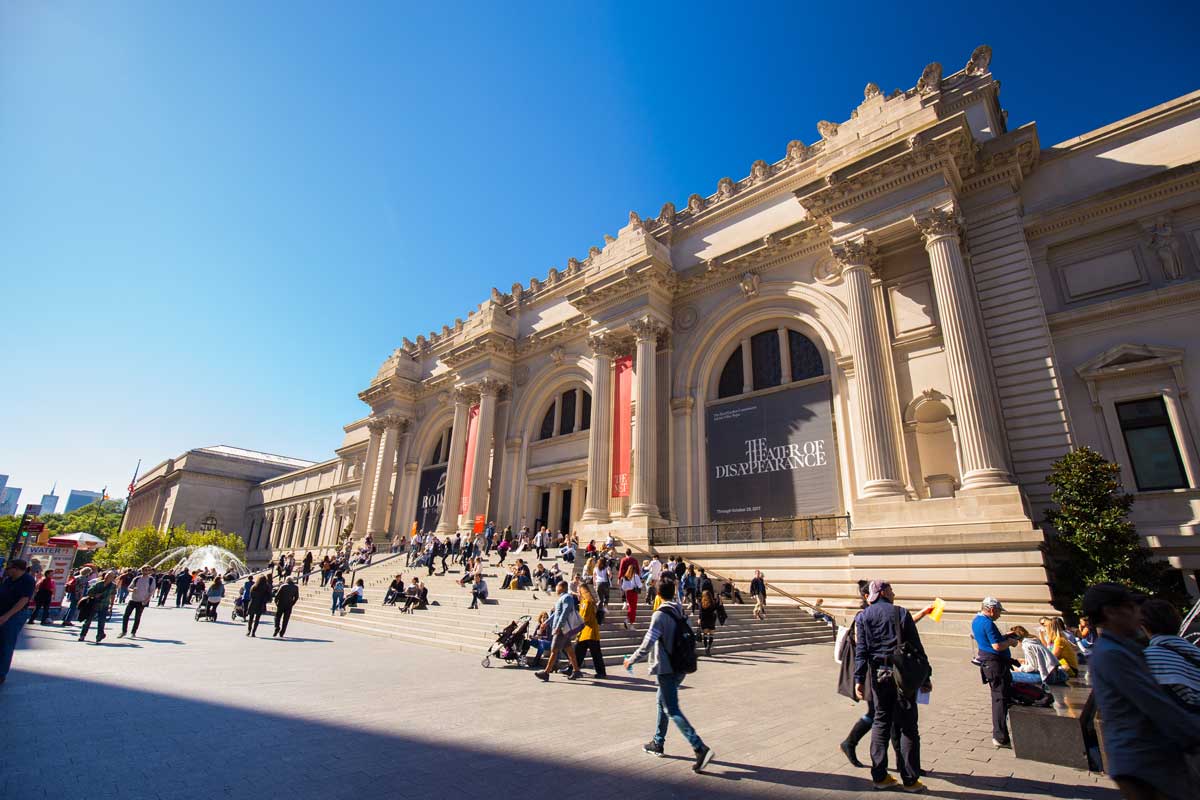 Travelling to the Big Apple? Read through Arts & Collections’ essential list of the best museums in New York City.

The museums of New York are some of the most iconic in the world and feature some of the finest collections of art, science and history. With such grandeur and the sheer number of them that are spread around NYC, choosing the right museum can be overwhelming. This list compiles the city’s finest, covering facts, specialties and must-see collections.

The Metropolitan Museum Of Art

The Met is one of the most iconic museums in the world, and for good reason. Consisting of three sites around New York, the Met covers over two million square feet and displays over 5,000 years of art from around the world. For this reason, planning a visit ahead of time is recommended. See also: The Met Breuer and The Met Cloisters.

The Temple of Dendur, an Ancient Egyptian temple dedicated to the goddess Isis, is one of the most notable pieces given to the Met and has been exhibiting since 1978. The Greek and Roman Sculpture Court, The Vermeer Collection and An Impressionist Treasury (Van Gogh) are also must-visits.

Exhibitions that will be soon to come up include displays about conspiracy, Native American art, as well as an exploration of jewellery.

Located in Midtown Manhattan, the Museum of Mordern Art is one of the largest museums devoted to contemporary art. Covering a vast array of contemporary forms, the museum also works to promote the understanding of modern art and encourages the public to think about its meaning, making it an educational and mind-opening experience. Although modern art may not be for everyone, the MoMA is considered to be one of the most famous museums in New York—as well as the world. See also: MoMA PS1.

Upcoming exhibitions comprise of explorations of dance and works by Charles White and Bruce Nauman.

Located in the Upper East Side of Manhattan, the Guggenheim went from a private collection to a public home of an expanding collection of impressionist, post-impressionist, early modern and contemporary art. It is also recognised for its 20th century architecture—the building is wider at the top than the bottom and features a continuous, spiral ramp around its outer edges.

The Guggenheim has an impressive assortment within its collection, including works by Georges Braque, Paul Cezanne, Franz Marc and Fernand Leger. It is also home to the largest collection of works by Kandinsky in the U.S.A.

Upcoming exhibitions include sculptures by Giacometti, around the world displays and thoughtful collections on globalization.

The Frick, in the Henry Clay Frick House on the Upper East Side, is known for its Old Master paintings, European sculptures and decorative arts. Less overwhelming than bigger museums, the beautiful 18th century French-style mansion and exquisite art make it a worthwhile indulgence and an important addition to our list of must-see museums in New York.

Extraordinary temporary exhibitions are frequent and future collections include works by Sidney R. Knafel, Luigi Valadier and Moroni. From September, The Frick will also be reuniting two masterpieces of early Netherlandish painting commissioned by the Carthusian monk, Jan Vos.

The city’s third largest museum by size, Brooklyn Museum holds an art collection of around one and a half million works. The museum is also home to The Steinberg Family Sculpture Garden, featuring architectural sculptures that were rescued from New York City demolition sites.

Brooklyn museum has an impressive selection of Egyptian artefacts as well as European, African, Oceanic, Japanese and American works by artists such as Mark Rothko.

The museum will soon be hosting events such as the celebration for the opening of the special exhibition: Soul of a Nation: Art in the Age of Black Power.

The American Museum of Natural History

The American Museum of Natural History, on the Upper West side of Manhattan, is one of the largest museums in the world—and perhaps, one of the most famous museums in New York due to the popular film starring Ben Stiller, Night at the Museum (2006). The museum is comprised of 28 interconnected buildings and even has its own planetarium. It is particularly renowned for scientific collections and cultural artefacts.

Permanent exhibitions are featured in halls and include displays on biodiversity and environmental, earth and planetary sciences, fossils, human origins and cultural, mammals, and the Rose Center for Earth and Space. The museum is also home to the Theodore Roosevelt Memorial.

Watch out for upcoming exhibitions such as The Butterfly Conservatory and Backyard Wilderness.

The 9/11 Memorial & Museum explores the events, implications and continuing significance of September 11, 2001. One of the most poignant museums in New York, the September 11 Memorial Museum is located at the World Trade Centre site—the former location of the Twin Towers. The memorial and museum are operated by a non-profit institution that raises funds for the programme.

The museum exhibits multimedia displays, interactive technology, archives, narratives and authentic artefacts to tell the story and commemorate the lives lost during the 9/11 attacks.

Exhibitions include the Memorial Exhibition, the Historical Exhibition and a series of photographs by Stéphane Sednaoui who witnessed and filmed the events.