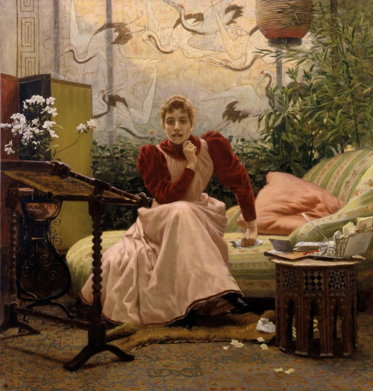 Celebrating International Women’s Day on March 8th, Uffizi Galleries’ collaboration with Advancing Women Artists, Partnerships Editions How She Looks Collection and the Royal Academy’s Feminist Time are among our ‘must see’ art exhibitions.

Uffizi Gallery will be liaising with Advancing Women Artists, from Florence, Italy for their exhibition Female Perspectives – Women of Talent and Commitment 1861-1926.

The exhibition will be held at the Pitti Palace, Uffizi Gallery, Florence, Italy and will be accessible to visitors from the 7 March to the 26 May 2019.

The 19th to early 20th Century time frame for the exhibition hyphenates two fundamental events in Florence that impeached the traditional configuration and representation of women in Florentine society. The first event which initiated this change was in 1861, involving a significant number of women joining the Artisans’ Brotherhood to protect their rights as workers. Bourgeois women became teachers, and working class women applied themselves to the agricultural sector.

The second major event records the first nobel prize given to an Italian Women, Grazie Dellada, for her novel Canes in the Wind. Uffizi’s Collections begins and ends with the dates of these two major events to chronicle the transition in Florentine society, allowing women the freedom to express and pursue their desired endeavours – the transition that made Florence home to renowned figures within the arts: Elizabeth Barrett Browning, Jessie White Mario, Theodosia Garrow Trollope and Margaret Fuller.

“The exhibits tell the story of a time when the question of women came to the fore, when engagement in the workplace, political interests, intellectual life and independence were still a privilege or the result of a struggle” said Gallerie degli Uffizi Director Eike Schmidt. Simonella  Condemi, who curated the exhibition and directs the Galleria d’Arte Moderna di Palazzo Pitti, added: “women had to build their own identity in society and in the workplace while continuing to play a crucial role in the daily life of the family and in the home. We have endeavoured to pay tribute to women’s tireless toil by showcasing both the variety of different ways in which it that toil was expressed and women’s talent in the fields of art, photography, writing, teaching, politics and many other spheres.”

Produced in partnership with Advancing Women Artists, the Ufizzi tour expands into the Gallery of Modern Art in Pitti Place, renowned for its women’s agricultural labour collection and splendid, scenic views from over Florence and the Boboli Gardens.

Speaking about the representation of International Artists in Florence, Linda Falcon, Director of Advancing Women Artists asserted, “Florence was a magnet for foreign women artists who sought to carve out ‘a room of their own’…ex-pat women ‘enjoyed a brand of freedom in Italy that was unknown in their home countries.”

For information regarding reservations contact: Firenze Musei on +39.055.290383 or e-mail firenzemusei@operalaboratori.com.

Botticelli’s The Birth of Venus and Raphael’s The Three Graces are classic examples of how historically the female body in art has been continuously depicted by male artists and therefore sculptured by their male gaze.

The online exhibition challenges this artistic narrative on female nudity by adopting their female gaze to carve out new artworks envisioning the female body ‘not as an object of desire, but an expression of womanhood’ as the subject remains the artist as well.

Although the exhibition brings traditional Renaissance art into a polemical discursive, it should not be assumed they are dismissive of these works. In fact in Alexandria Coe’s collection there is a transparent reference to the Renaissance, with allusions to The Three Graces in her charcoal pieces titled Renaissance Nudes featuring three women in different nude angles.

However, in Coe’s collection these are not objectifying angles, where the women’s breasts or derriere are the focal point of the pieces which is found in The Three Graces. She plays upon the subversion to ‘create a language that acknowledges the past, present and future of female roles and imagery.’

Hester Finch exposes the complexity behind portraying nudity in her pastel pieces for Partnership Editions. She uses dark and ominous shadowing generated by household props in her pastel creations to stimulate a fear of this unknown terror towards female nudity cast by society; the shadowing cast upon her female character is an additional play on society’s watchful and weary attitude towards women.

Finch states, “I like to use intentionally jarring juxtapositions of bold colours to carve out the flattened planes of the nude which, with her looming shadow, create a psychologically uneasy and ominous interior space.”

Alongside Partnership Editions, the Royal Academy will be hosting Renaissance Nude, an exhibition bringing together works by Raphael, Cranach, Leoonardo, Michaelangelo and Titan to trace nudity’s historicity during the Renaissance.

Renaissance Nude is running from the 3rd of March to the 2nd of June 2019 with tickets for £16 and free for under-16s.

The Royal Academy of Arts is presenting International Women’s Day 2019: Feminist Time, a programme of events running up to March 11th that explore the notion of reframing art history to include feminist time.

What is feminist time? How have scholars, activists and artists interrogated the concept of time to overturn hegemonic narratives of art history? What can challenging and reimagining history do for future artists? How can we collect and curate women’s art?

The program reimagines women’s art histories through the eyes of postcolonial feminist scholar Griselda Pollock and activist, artist and punk musician Liv Wynter, discusses the state of the art world for women with Rose Wylie RA; and tunes in to new music inspired by women and femme-identifying artists, past and present, in our In Tune series. Through 10 days of discussion, musical performance, talks, workshops and tours, the RA will explore these essential questions and look to an art world that includes feminist time.