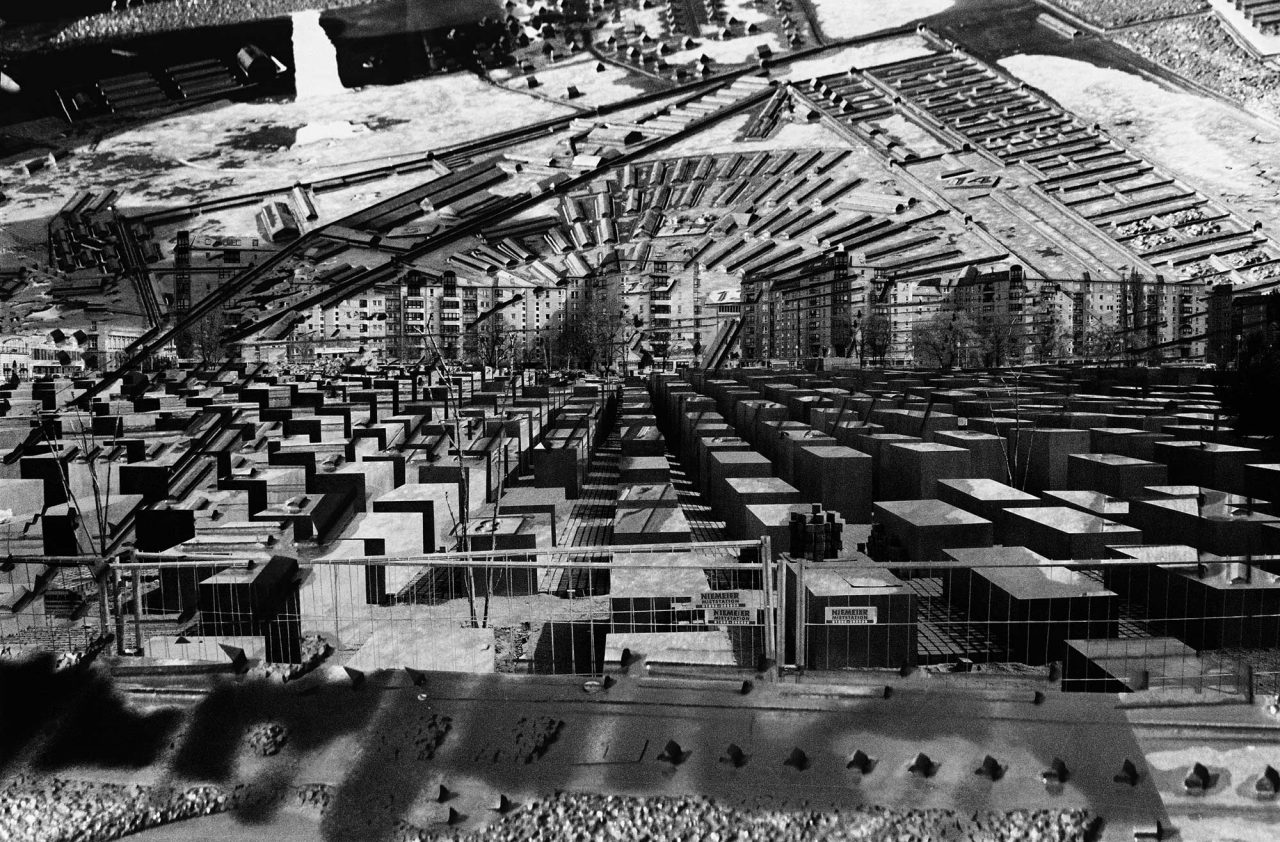 The exhibition will include videos from the late 1960s as well as her oversized self-portrait series from the 1970s to the 1990s, right up to her contemporary productions.

The internationally renowned art museum Museum Frieder Burda, designed by Pritzker Prize-winning architect Richard Meier, and widely acclaimed for its significant private collection of Classical Modernism and Contemporary Art of over 1,000 works, unveils a major exhibition of reputed German artist Katharina Sieverding. Curated by Udo Kittelmann in cooperation with Katharina Sieverding, Watching the Sun at Midnight pays homage to Sieverding’s persistent treatment of contemporary German and global matters, one that has ensured the ongoing relevance of her work over the past 60 years.

See also: The Concord Art Prize to Launch in September

In conjunction with the exhibition in Baden-Baden, Salon Berlin presents Headlines, a thematically focused selection of large-scale photographs referring to the darkest chapter in Germany’s history, the National Socialist era, in the Former Jewish Girls’ School in Auguststrasse in Berlin.

Organized in collaboration with Deichtorhallen Hamburg, Watching the Sun at Midnight is an extensive solo presentation of Czech-born German artist Katharina Sieverding’s (b. 1944, Prague) work, covering all phases of her oeuvre from her videos of the late 1960s to her oversized self-portrait series of the 1970s and up to her contemporary productions, with new works including Gefechtspause (“Ceasefire”), which addresses the lockdown during the COVID-19 crisis. This exhibition is the latest in a series of monographic exhibitions of photography-based positions at the Museum Frieder Burda, including Gregory Crewdson, Andreas Gursky, Rodney Graham, and JR, all of which investigated the staging opportunities and great breadth of technology as opposed to painting.

A student of German artist Joseph Beuys, Sieverding has continuously focused her artistic energy on political issues. Considered a pioneer of photography internationally, testing the boundaries of the medium’s manifold technical possibilities, she is known for her unconventional visual strategies and media-led creative practice. She has revitalized the artistic potential of photography, introducing the super-sized format as a key element of her exhibitions, at a time when the practice was seldom utilized. In her serial photographic works, she gives expression to reflections about identity, the current social, political, and cultural climate, gender discourses, and the necessary emancipation of the female artist. Mirroring her themes and subjective perception of current events, her works convey an image of the time.

From the microscopic to the macroscopic, the references in her oeuvre are complex. Her father’s clinically dissecting view sharpened her own focus and opened it to the technical opportunities presented by her chosen medium. From her origins in theatre, Sieverding understood how images on a wall can define an entire room, with the same immediate and all-consuming effect of a stage backdrop or a big screen in a cinema – which in turn unlock the imagination for an introspective look at fantasy worlds. Her pictures, often in black-and-white with a bright red signal colour and accompanied by striking slogans, reflect media-based and commercial manipulation strategies, questioning them at the same time: it is no coincidence that the artist has repeatedly and consciously escaped the museum setting and sought direct contact with the broader public in common urban spaces.

Her earlier, highly self-reflective role in the Düsseldorf art scene, which came across mainly as a men’s club, raised her awareness of the question of one’s own individuality and identity, gender, history and its conditions – and the fluid borders and process-like transformations between these categories.

“I don’t make propaganda art and I don’t want to be seen as somebody who stands for anything in particular. All these designations merely pin me down. I want to adopt an independent position and express my thoughts through my works.”

In addition to the presentation at Museum Frieder Burda in Baden-Baden, the concomitant exhibition Headlines will be on view from September 3 – 26, 2021, at the institution’s Berlin-based exhibition space, Salon Berlin, located in the notable Former Jewish Girls’ School on the city’s historical Auguststrasse. The thematic selection brings together large-format photographic works by the artist that turn to the darkest part of German history: that of National Socialism. Through these photographs, which build on documents from the concentration camps at Dachau and Sachsenhausen, as well as records held at the Holocaust Memorial in Berlin, Sieverding points to the widely diverse manifestations and expressions of anti-Semitism and exclusion, racism, and violence, outlining the latter’s timelessness and societies’ inability to surmount them as they recur throughout history.

On the occasion of her exhibition in 2019 at the Dachau Palace, the artist herself stated, “[t]his moment in time has vehemently touched me, especially as I observe the current evolution of Germany.” In parallel, moving from the shared history to her personal biography, the artist also presents monumental self-portraits from the late 1960s and the work TESTCUTS, a reflection on Katharina Sieverding’s own life: events in the art world from 1966 to the present are shown together to form a large-scale 20 meter photo collage.

Considered one of the leading art museums in Germany and internationally, Museum Frieder Burda is home to its founder Frieder Burda’s extensive and growing collection of Classical Modernism and Contemporary Art, encompassing over 1,000 paintings, sculptures, objects, photographs, and works on paper. In addition to its collection, the museum has mounted major solo exhibitions, presenting works of Gerhard Richter, Sigmar Polke, Katharina Grosse, William N. Copley, Andreas Gursky, and James Turrell. Inaugurated in 2004, the museum’s five-storey building nestled in Baden-Baden’s majestic Lichtentaler Park, designed by iconic New York architect Richard Meier, caught the world’s attention for the luminosity of the design, inducing visitors to experience the art and the space in an equally awe-inspiring manner – and owing it to be referred by many as the “Jewel in the Park” in the newly recognized UNESCO World Heritage site of Baden-Baden.

See also: Wall Power: Why We Are All Aboard For Iconic Travel Posters

The Concord Art Prize to Launch in September

The Arts Society Hosts a Celebration of Art History