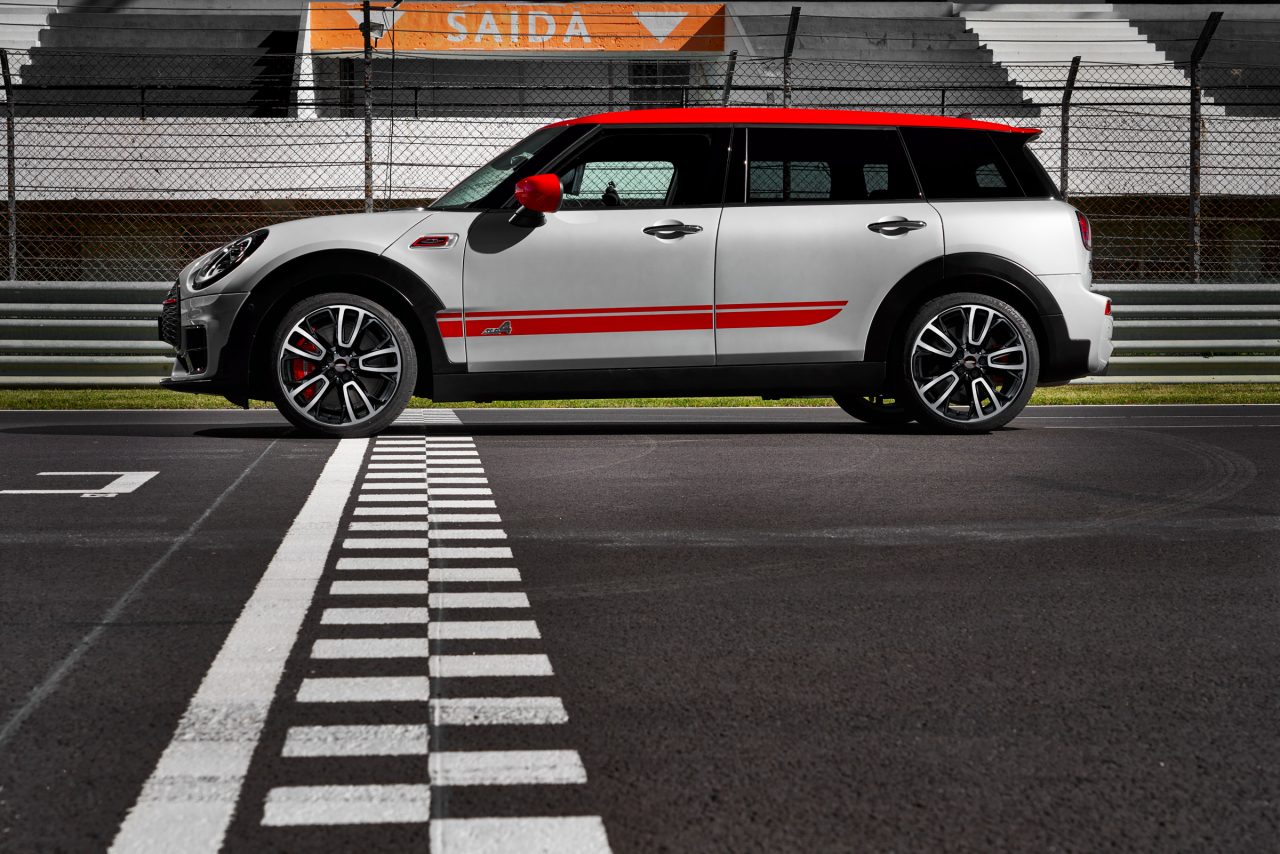 The 225 kW/306 hp 4-cylinder turbo engine in the new Mini John Cooper Works Clubman and Mini John Cooper Works Countryman is claimed to display outstanding performance in the compact premium segment. In both models, the powerful engine is combined as standard with a new eight-speed Steptronic sports transmission, including mechanical differential lock on the front axle, an ALL4 all-wheel drive system, a specifically engineered chassis, and additional reinforcement modifications for the body structure, engine connection and chassis fastenings.

In these brand new versions of the two top sports models, both the individual six-door model and the robust all-rounder provide enhanced power, torque and acceleration performance, with the Mini John Cooper Works Clubman turning in an acceleration of 0 to 100 km/h in 4.9 seconds, and the Mini John Cooper Works Countryman achieving the same in 5.1 seconds.

The readjusted suspension and damping systems, the DSC Dynamic Stability Control and the electromechanical steering are precisely oriented towards the extremely agile character of the new top sports model. Optionally for both models, there is also an adaptive chassis with electronically controlled dampers. Judder dampers operate in line with a choice of two characteristic diagrams, coordinated for either sporty or more comfort-oriented driving scenarios; these can be activated in the Mini Driving Modes.

The overall package put together by the John Cooper Works with its sheer dynamics, agility and precision, is completed by model-specific design features in the exterior, which serve to optimise the vehicles’ aerodynamic features and air duct design. The large air inlets on the front of the vehicle are designed to serve the cooling requirements of both the drive and the brake system. In addition, the outstanding performance characteristics are reflected in the model-specific design of the side skirts and the independent rear aprons with integrated diffuser elements. Model-specific roof spoilers play a role in reducing uplift at high travel speeds. In addition, the two new John Cooper Works models are equipped with aerodynamically optimised mirror caps.

Other model-specific accentuations in the exterior include the optional contrast paintwork in red for the roof and the mirror caps, an individual design for the side scuttles by the additional indicators, and the John Cooper Works logo in the radiator grille and tailgate. The central air inlet of both models has a honeycomb pattern structure. The inlet of the Mini John Cooper Works Countryman also has a red surround. A red cross-member subdivides the newly designed radiator grille of the new Mini John Cooper Works Clubman. Its headlamps, rear lights and rear apron also display the new design of the latest model revision for the Mini Clubman.

The exclusive standard equipment of both top sports models in the Mini range also includes LED headlamps, keyless ride, Mini Driving Modes, and the Radio Mini Visual Boost including 6.5 inch display with touchscreen function and a redesigned graphical display. The integrated Connected Media equipment is able to access numerous Mini Connected online services. Alternatively, there is also a choice of special equipment options, including Connected Navigation, with easy-to-use routing function and additional infotainment options, as well as Connected Navigation Plus with an 8.8 inch touch display.

The updated Mini John Cooper Works Clubman and Countryman go on sale in the UK in July, priced from £34,250 and £35,550 respectively.