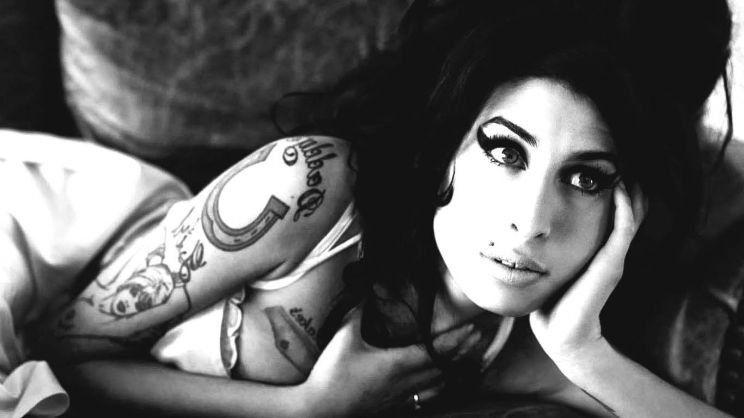 Hundreds of Amy Winehouse’s most iconic stage, photo shoot and performance worn dresses, shoes, jewellery and accessories that were synonymous with the individualistic style and signature artistry of the multiple GRAMMY Award-winning retro-soul music star and pop diva as well as her most personal items will be presented for the very first time at auction.

Born September 14, 1983 in Southgate, North London and raised to a family of professional jazz musicians and music lovers, Amy Winehouse taught herself how to play and write music at 14 by borrowing the guitar of her brother, Alex.

Influenced by listening to the likes of Frank Sinatra, Sarah Vaughan and Dinah Washington at home, Winehouse sang with the local group the Bolsha Band and in 2000, became a featured vocalist with the prestigious National Jazz Orchestra at 17. In 2002, at 19 years of age, she was signed to American Idol creator Simon Fuller’s 19 Entertainment, a publishing deal with EMI and a label deal with Island UK. Her career was ready to take off and that same year, she went to Miami to record her first album. In 2003, her jazz inflected debut album Frank was released and earned critical raves, double platinum sales and various awards in the UK, including a Mercury Music Prize nomination and the Ivor Novello Award for song writing.

A series of turbulent romances followed for Winehouse, none more fevered than her on-and-off relationship with Blake Fielder-Civil, about whom many of the heartbreak songs on her next album, Back to Black, were written. This was around the time where a different Winehouse began appearing as the album took off in Britain and the United States, entering the charts at No.7, the highest debut position that any British woman had achieved. Tattooed and as thin as a rake, Winehouse began piling her jet-black hair in a huge beehive alongside the heavy Cleopatra-style eye makeup, making it her trademark look for years to come.

Following marrying Fielder-Civil in May 2007, Winehouse began behaving increasingly erratically and cancelled various shows. Her change in behaviour could be described through many things as she had dramatic anorexic weight loss, drunken performances, an arrest in Norway for marijuana possession, and the incarceration of Fielder-Civil after a bar fight. All of these problems culminated in January 2008 in the posting on the Internet by the Sun newspaper of a video of Winehouse appeared to be smoking cocaine.

Despite still managing to pick up awards, her life continued to whirl out of control. Despite entering rehab to turn her life around, she did not remain there for long, and the reports of drug abuse continued. She divorced Fielder-Civil in July 2009 ending the marriage in a sour note, and Winehouse in a poor state. Winehouse then attempted to make a comeback with a tour in 2011 however, this was cancelled after she appeared to be intoxicated at the opening concert. Only a month later, she died from alcohol poisoning.

Throughout these years, she achieved a lot of success which needs to be focused on and celebrated. Martin Nolan, Executive Director of Julien’s Auctions, said: “Amy Winehouse is one of the rare and remarkable music icons whose incredible power and soulful expression in every word and note she sang with her distinct voice remains unmatched by no other artist in music history.

“We celebrate her singular talent and iconoclastic style in this collection of her most personal artifacts and wardrobe worn in her career defining moments.”

All proceeds from the auction will benefit The Amy Winehouse Foundation. Every penny received by the estate will go directly to supporting disadvantaged young people. The foundation was established by Winehouse’s parents with the aim of raising awareness and support for vulnerable, young adults with issues relating to addiction.

The Glenfiddich Glass Portraits That Are Breaking Boundaries