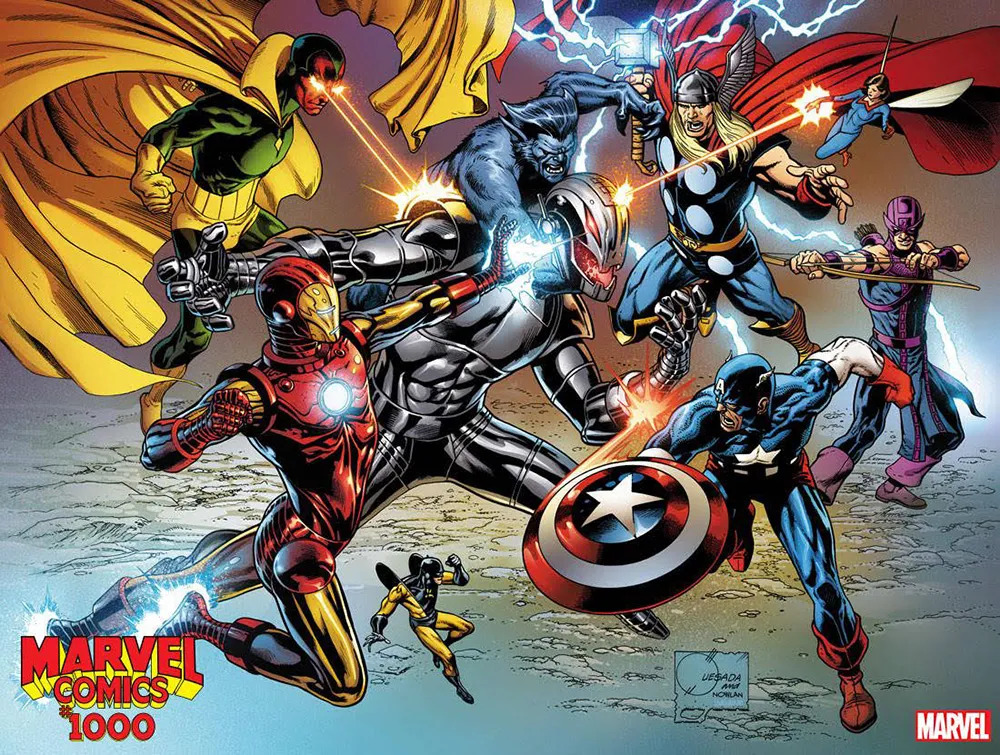 Marvel Comics is celebrating its 80th anniversary in a number of ways in 2019, but the release of Marvel Comics #1000 ranks among the most ambitious, with each page of the 80-page special featuring a different creative team telling a story inspired by a particular year in Marvel’s history.

The stories range from the debut of a major character to the appearance of a seminal storyline to the release of a landmark movie including the hugely successful Iron Man or the legendary flop Howard the Duck. Critics say the result is “every bit as messy and disjointed as you’d expect”, but that the $10 comic is still well worth reading for Marvel devotees.

Main writer Al Ewing spins a overall linking tale about an artefact called the Eternity Mask, but really the fun is seeing how the issue brings together major Marvel characters including Iron Man, Deadpool, Doctor Strange, Wolverine, The Punisher, and every major comic character Stan Lee helped to create.

Fans have criticised the omission of many significant talents such as Mark Millar, Greg Rucka, and Ed Brubaker, but the issue has also run into controversy because an overtly political essay by Mark Waid regarding seminal character Captain America seen in preview copies has been removed from the final version. This comes after Pulitzer Prize-winning comics creator Art Spiegelman pulled his introduction to a comics collection because Marvel wanted him to take out an indirect, albeit pointed, Donald Trump reference.

Marvel Comics #1000 is available now from all good comic stores, with collectors already clamouring for the many variant covers which include artwork by  Allred, Brooks, Crain, Dell Otto, Ditko, Quesada and other luminaries.