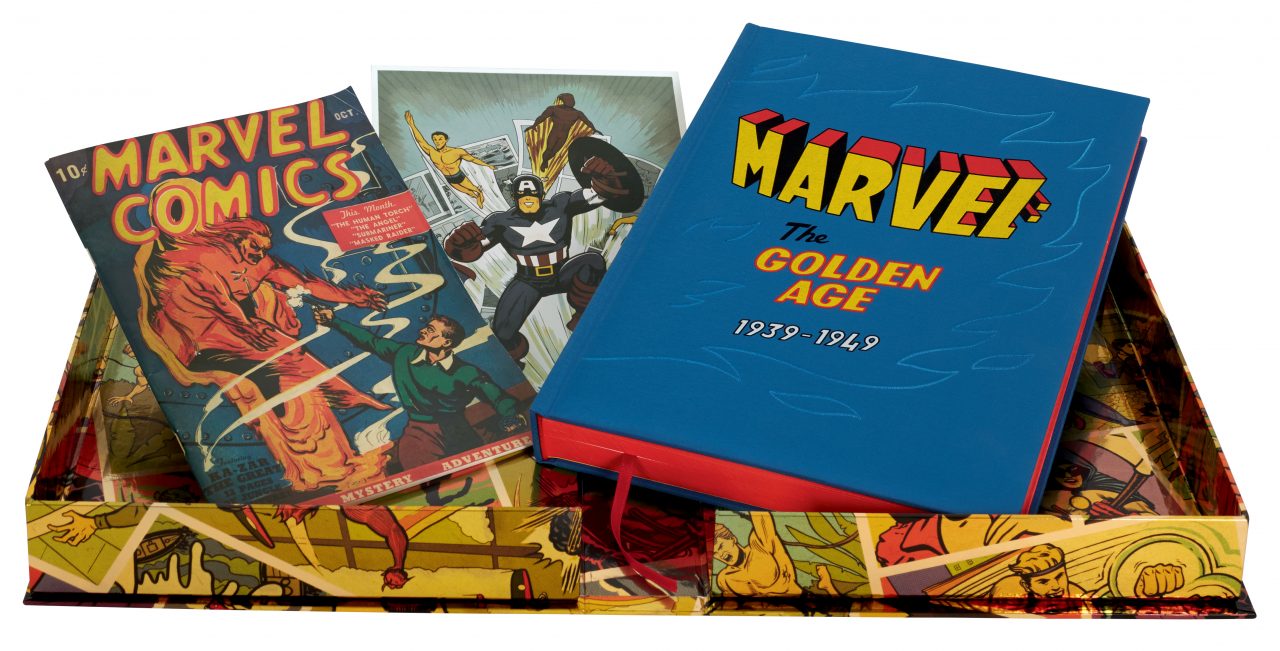 Legendary comics publisher Marvel and The Folio Society are teaming up for a Collector’s Edition of Marvel: The Golden Age 1939-1949, available for pre-order now, to be published on 25th September 2019.

In celebration of the 80th anniversary of Marvel Comics #1, the volume presents five specially curated comic books, selected, edited and introduced by Marvel stalwart Roy Thomas, including a painstakingly produced facsimile of the comic that started it all back in 1939. This is the first title in an ongoing collaboration between The Folio Society and Marvel.

Scanned from original vintage material from the Marvel archives, each comic showcases key characters and creators from this seminal era: Captain America to the Human Torch; Stan Lee to Jack Kirby. A dazzling hardback volume with lettering by Ian Jepson comes presented inside a handmade clamshell case which features original artwork by modern Marvel artist Marco D’Alfonso, who has also created an exclusive print only available with this edition.

“We were delighted when Marvel asked us to collaborate on such an exciting project. We are thrilled with what we have created and are sure every Marvel fan will love this magnificent edition as much as we do,” said Tom Walker, Publishing Director, The Folio Society.

The main volume is bound in screen printed and metallic foil blocked cloth with lettering by Ian Jepson, set in Miller Text with Benton as display, and features 272 pages printed four-colour throughout. Endpapers are printed in metallic ink with a design by Marco D’Alfonso. The 13″x9″ volume has a ribbon marker and coloured page edges. The Solander box is bound and lined, printed and gold laminated paper with a design by Marco D’Alfonso.

The facsimile comic is 64 pages with a four-page cover, and measures 10˝x 7˝.

The Folio Society edition of Marvel: The Golden Age 1939–1949 is available to pre-order exclusively from www.foliosociety.com/marvel.