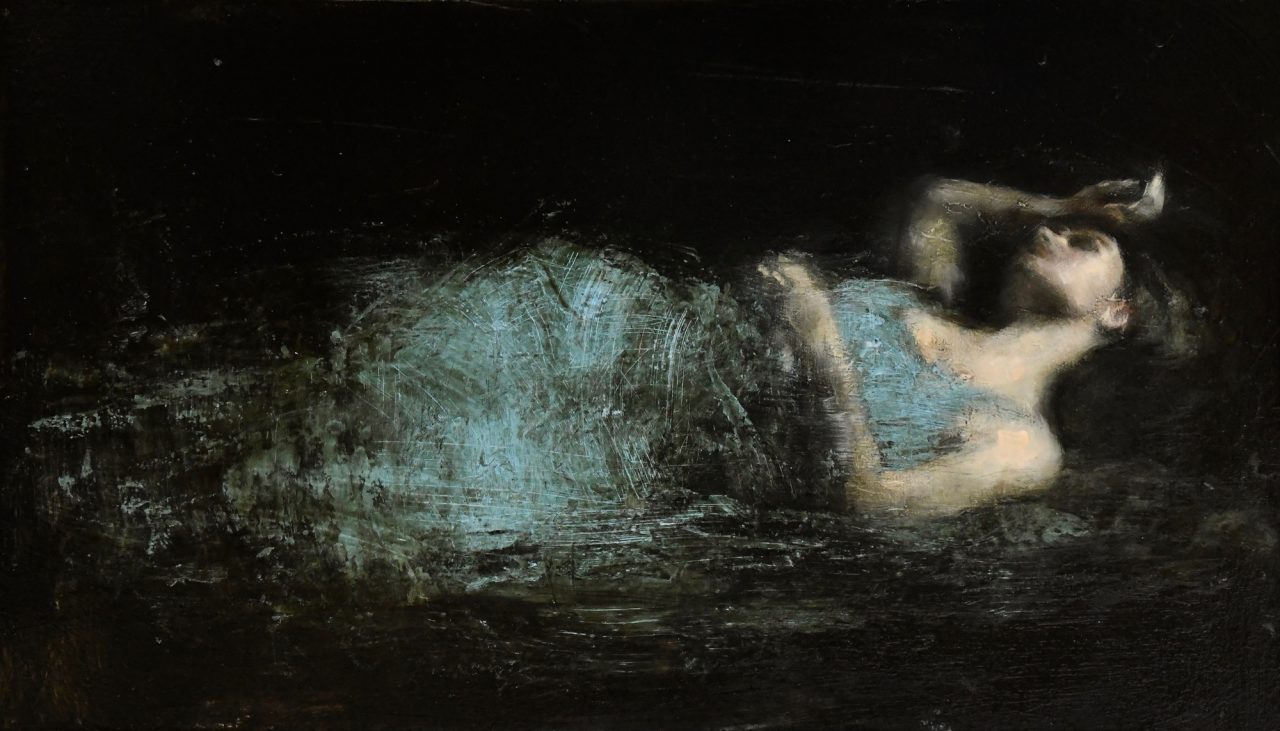 British artist Mark Demsteader’s new solo exhibition is a contemporary re-imagination of the Victorian depiction of female beauty. It explores time, identity and movement and ignites a pre-Raphaelite renaissance in a world obsessed with conceptual art.

On 12th September 2019, contemporary figurative artist, Mark Demsteader, will be exhibiting a collection of 15 new paintings and drawings at Box Galleries, Chelsea. In the second solo exhibition of his career, Demsteader presents MUSE, a contemporary reimagination of the Victorian depiction of female beauty. It is well known that the Pre-Raphaelite Brotherhood, a notorious group of 19th century painters, adopted the term ‘muse’ to describe their female sources of inspiration. They were worshipped by the artists for their charm, and their influence on the canon of work produced at this time was profound.

Demsteader builds on the tradition of such romanticised figurative works. Although in structure and beauty the works are easily likened to that of the Brotherhood, Demsteader’s work is a contemporary update; a stripping away of the floral, idealised details of its inspiration and focusing on the form of his subjects. Red Earth, for example, is a vibrant, seductive piece that echoes the shape and warmth of Frederick Leighton’s Flaming June, set on a fiery background of smouldering umbers, deep mahogany and black. His Study 8 has the resigned, quiet confidence of Dante Gabriel Rossetti’s The Day Dream, and Adrift captures the essence of John Everett Millais’ Ophelia, interpreting the haunting Hamlet scene instead in some darker landscape; the liminality of the River Styx to Millais’ somewhat more cheerful Surrey river.

Perhaps one may refer to Demsteaders’ work as ‘Post-Millais’. The works are retellings of the Pre-Raphaelite masterpieces, yet shrouded in shadow, contorted and obscured. Demsteader adds a new dimension to the tradition of figurative female depiction in the Western art scene without sacrificing the allure, beauty or strength of his sitters.

Mark Demsteader was born and spent his formative years in Manchester, where he worked on the meat market. It was the physicality, brutality and corporeal nature of the industry that gave Demsteader an intrinsic understanding of the structural nature of bodies and the way muscle, sinew, bone and flesh interact. This early experience of bodies – albeit non-human – allowed Demsteader to hone his immense technical skills in life drawing, which he expanded upon in life drawing classes and foundation courses at Oldham and Rochdale Colleges of Art.

Unique in flair and method, Demsteader says: “When I work I use anything around, such as pallet knives and brushes, but mostly I apply the paint with my hands and move it around, adding wax to build up texture.”

It was early exposure to Victorian artworks that most inspired Demsteader’s work. The celebration of female beauty and naturalism is a common theme: “I have always taken ideas and themes from Victorian paintings and used them in my own work. These were the first paintings I saw when growing up, so they are well established in my memory.”

A contemporary art gallery in Chelsea, London representing a stable of established artists, Box Galleries focuses on exhibiting and raising the profile of their artists in their permanent gallery, at International Art Fairs as well as pop up shows around the country.