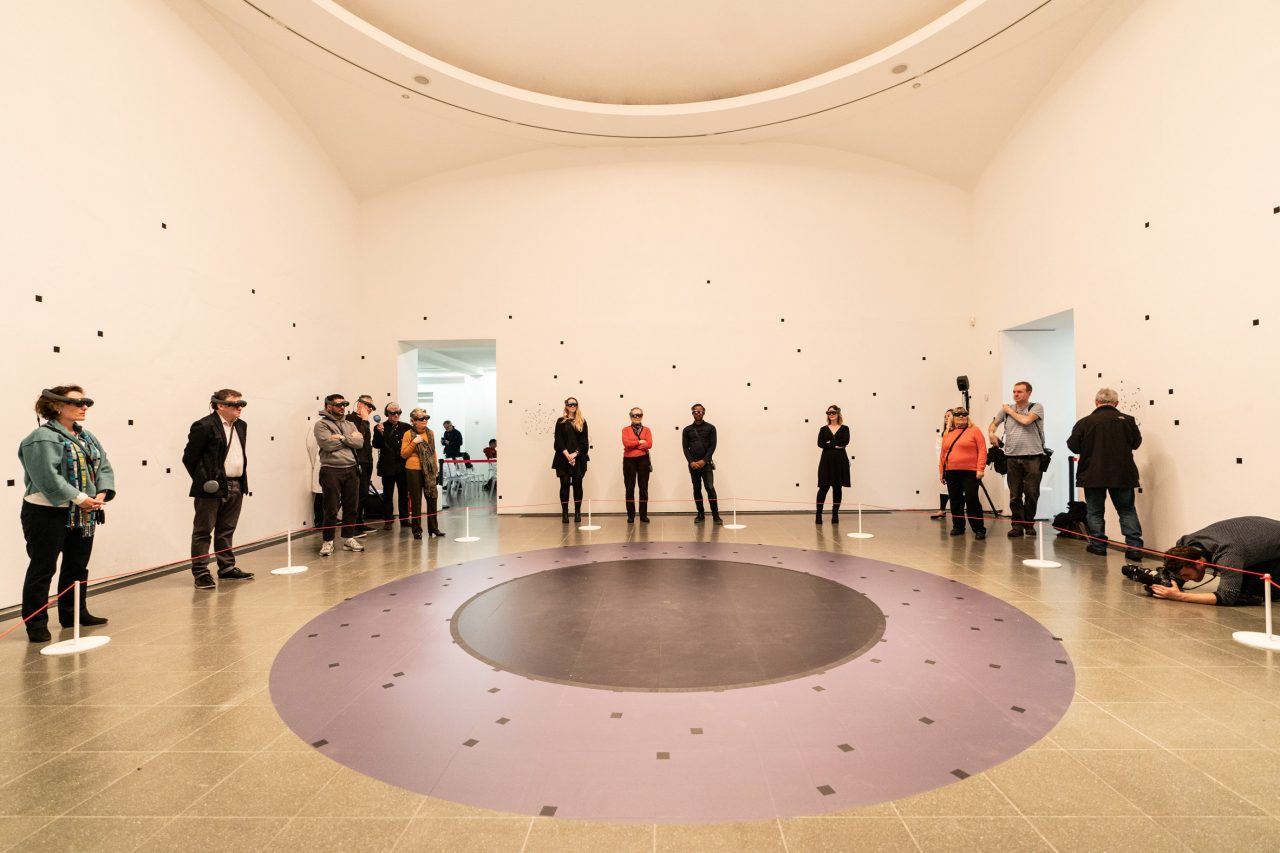 Marina Abramovic - The Life, at the Serpentine Gallery

A holographic artwork by performance artist Marina Abramović will be auctioned at Christie’s with an estimate of £600,000 next year. The Life (2019) was first shown at the  Serpentine Galleries, London in February, and uses ‘Mixed Reality’, showing the artwork through virtual reality goggles, but unlike full Virtual Reality, leaving the outside world partially visible.

The 19-minute work, created using 32 cameras, involves Marina Abramović, dressed in red, appear to pace around her viewers. A wearable spatial computing device called a Magic Leap One is worn by visitors, and stores the digital recording.

“In the same way that a film is not a projector, but what’s loaded onto a projector, The Life is not the goggles but what we’ve put into the goggles,” explained director Todd Eckert. The device is calibrated upon entering the room using a QR code-like wall of dots – a process which positions the artist in a precise location within a roped circle. “The calibration gives you a specific representation of the content in space so it tells your device where to put Marina,” continued Eckert.

The 19 minute clip features the artist walking around the room and slowly disintegrating into blue dots, before reassembling in the space. It received a mixed reception from critics, being described as “a pointless perversion” by The Guardian and “radical . . . strangely riveting” by the Evening Standard.

The Life is thought to be first Mixed Reality work brought to auction, and unusually is being sold directly by the artist (through Abramović LLC) and  Tin Drum, the production studio founded by Todd Eckert, who directed the film. There will be three editions of the work, plus an Artist’s Proof which Marina Abramović will keep. Christie’s specialist Stefano Amoretti recognised the unusual nature of the sale but said “you have to push boundaries in the contemporary market”.

The Life will be auctioned during Christie’s Frieze Week sales in London in October 2020, coinciding with a retrospective of Marina Abramović’s work at the Royal Academy.