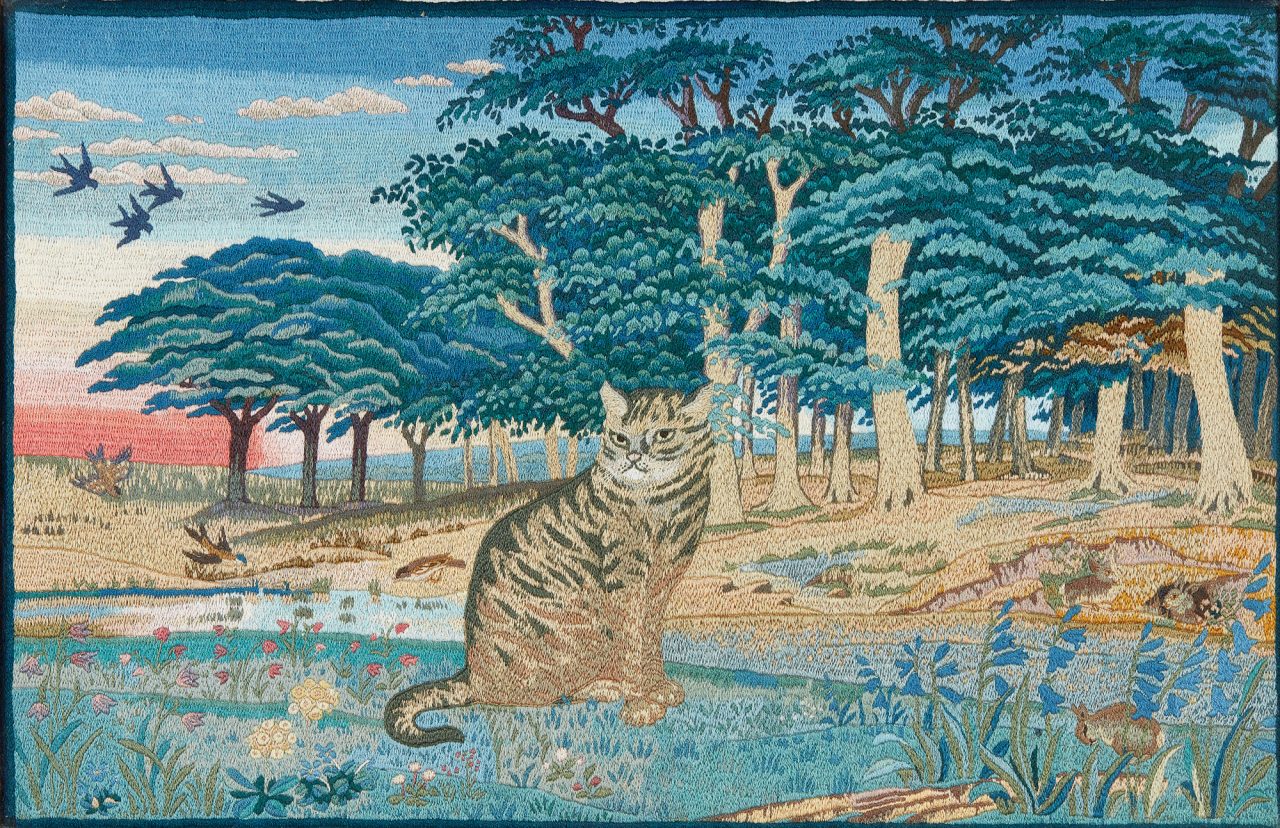 Like many another auction house, Lyon & Turnbull is coping with the coronavirus lockdown by taking its sales online. A sale of 19th and 20th century works of art on April 1st, the firm’s first using the ‘live online’ format, proved a success and showed that the format can work despite the technical challenges.

Although held ‘behind closed doors’ in Edinburgh, the sale titled Decorative Arts: Design from 1860 attracted close to 1,400 registered bidders across three online bidding platforms achieving a sale total of £570,000* and an excellent selling rate of 83 percent. With only occasional short breaks from the rostrum, Managing Director Gavin Strang sold 600 lots solo for a heroic 12 hours. Respecting current rules of social distancing, he was alone in the saleroom, fielding bids via video-conferencing software from three online platforms and phones operated by staff from home. Billing and payments will also be handled from home offices.

“It was certainly the longest time I have ever spent in the rostrum, but it was also one of the most rewarding” said Gavin. “The bids came thick and fast from an unseen online audience of bidders who ensured I was never bored – if there hadn’t been so much bidding I might have been finished in half the time, so I’m not complaining!”

He emphasised the need to continue trading while keeping the saleroom closed to the public. “I am glad we were able to able to offer the excitement of a live auction in a way which allowed all our staff and clients to stay safely at home. There may be lessons we will learn from this for the future of the business.”

Vendors had valiantly supported Lyon & Turnbull’s move to sell online in what are hugely difficult circumstances for the fine art auction business. They were repaid with some exceptional prices. The sale’s leading price was £35,000* (estimate £15,000-20,000) for a 48cm high cast of Sir George Frampton’s (1860-1928) most famous work, the sculpture of Peter Pan sited at the spot in Kensington Gardens where the magical boy appears each night in J M Barrie’s Little White Bird. The original bronze, commissioned in secret by Barrie himself in 1911, was followed by six other full-size casts and a series of smaller reductions made by the Singer foundry. This example, dated 1911, was previously owned by Sir Alexander Walker II (1869-1950), the grandson of whisky distiller Johnnie Walker.

An embroidered panel by May Morris (1862-1938) depicting a tabby cat in a wooded landscape (top of page) doubled estimate to sell at £10,625*. Although often overshadowed by her famous father, May was herself an important figure in the British Arts & Crafts movement. This 45cm x 70cm embroidered panel is inscribed “Hunter at Bay was designed and worked by me in 1935, May Morris” and has a paper label for Kelmscott Manor, the Morris family home in Oxfordshire.

Other textbook lots from the Arts & Crafts movement, a silver and enamel box made by Omar Ramsden and Alwyn Carr in 1907 sold at £4,250* while an exceptional ruby lustre charger decorated with thistles, roses and shamrocks by Maw & Co of Jackfield in Shropshire c.1890 brought £4,500*.

Head of sale John Mackie expressed himself “delighted the depth of interest throughout the sale and by strong results across all collecting areas.” He singled out “a marvellous price for a Thomas Whalen marble panel” which realised a record price for the artist at £10,500*.

Born in Leith and a student of Edinburgh College of Art, Whalen (1903-75) is known for a variety of ecclesiastical and civic commissions. Carved in shallow relief with stylised silhouettes, Dancing Figures c.1930 was very much in the Art Deco style.

Another ‘minor’ Scottish artist to receive deserved attention at this sale was Glasgow School of Art alumna Olive Carlton Smyth (1882-1949). The Pipes of Pan, worked in brightly coloured tempera on vellum, took £6,250* (estimate £2000-3000). A Linthorpe ‘Peruvian’ pitcher designed for the Middlesbrough pottery by Dr Christopher Dresser (1834-1904) sold for £3500* – hot on the heels of a record £21,250* bid for a Linthorpe Fijian style sake bottle at Lyon & Turnbull last October. Dresser drew upon a wide range of influences while working as Art Superintendent at Linthorpe from 1879-82. This 18cm high vessel with its two splayed spouts and incised face is based on Pre-Columbian ceramics.

Also in the Aesthetic movement taste, a Minton three-tile panel decorated with flowering and fruiting orange boughs sold at £3,250* and there was plenty of bidding for a pair of faience vases in the Japonisme style by the French ‘father of art pottery’ Theodore Deck (1823-1891). This 52cm high vases, decorated with birds, butterflies and insects amongst blossoming foliage, came for sale from Newbattle Abbey, the former home of the Marquesses of Lothian and latterly a conference and wedding venue. Estimated at £1500-2500, they were competed to £6,875*.

Lyon & Turnbull plans to repeat the novel sale formula for three more auctions in the spring: Contemporary & Post-War Art on April 16th, African & Oceanic Art, Antiquities and Natural History on May 5th and Fine Asian & Islamic Works of Art on May 13th.

Operating since 1826, Lyon & Turnbull is one of the UK’s premiere fine art and antiques auctioneers. The company’s galleries in London and Glasgow complement the historic Georgian headquarters and main saleroom in Edinburgh.

* All results inclusive of buyer’s premium.