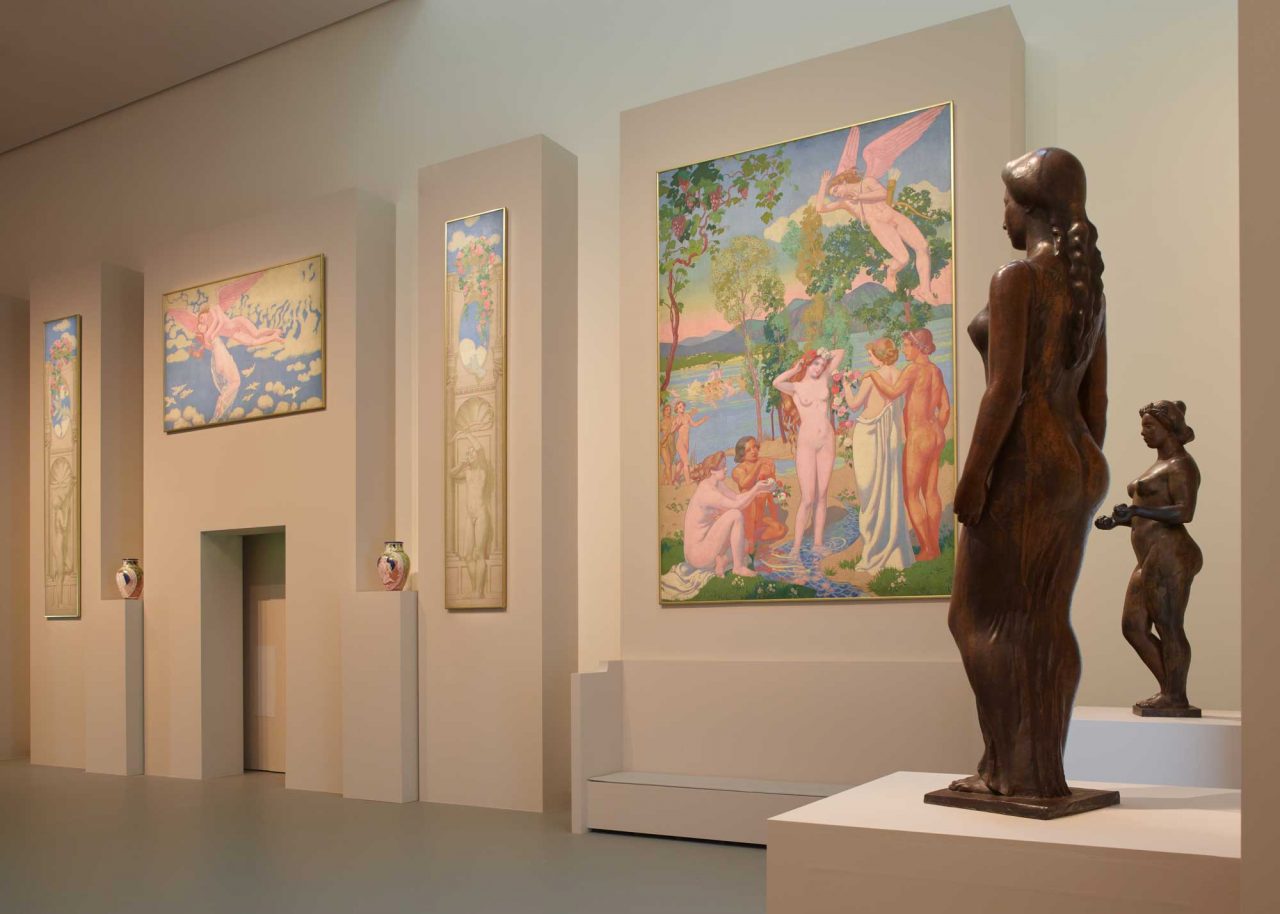 The Fondation Louis Vuitton is presenting The Morozov Collection, one of the world’s foremost collections of Impressionist and Modern art, in Paris from now until February 22nd, 2022.

The major international exhibition, which is finally opening having been postponed three times due to COVID-19, shows 200 masterpieces from the collection of the Morozov brothers. This is the first time the collection of the brothers Mikhaïl Abramovitch Morozov (1870-1903) and Ivan Abramovitch Morozov (1871-1921) has travelled outside of Russia since its creation at the turn of the 20th century.

This landmark exhibition is the second in the Icons of Modern Art series organised by the Fondation Louis Vuitton, this time in partnership with the State Hermitage Museum (Saint- Petersburg), the Pushkin State Museum of Fine Arts (Moscow) and the State Tretyakov Gallery (Moscow), which have provided pieces on loan.

Conceived by Anne Baldassari, the exhibition’s chief curator, The Morozov Collection includes astonishing discoveries and memorable moments, with a unique design that evokes historical references and highlights the timeless nature of works which exemplify the emerging artistic modernity of the late 19th and early 20th centuries.

For the first and only time, the reconstruction of Ivan Morozov’s Music Room, from his Moscow mansion, will be presented outside the State Hermitage Museum as part of a special display. Consisting of a huge, decorative installation of seven panels by Maurice Denis, commissioned by Ivan Morozov himself in 1907, on the subject of The Story of Psyche (1908-1909), and of four sculptures by Aristide Maillol, the Music Room will provide a rare window into the life of the prominent collector.

A scholarly catalogue, titled The Morozov Collection – Icons of Modern Art, will be co-published by the Fondation Louis Vuitton and Les Éditions Gallimard. Based on Mikhail and Ivan Morozov’s extensive unpublished archives, which are preserved at the Pushkin State Museum of Fine Arts and the Tretyakov Gallery, the publication will feature unpublished texts and documents that illustrate the Morozov family’s unique history.

“This exhibition of The Morozov Collection: Icons of Modern Art pays tribute to two great collectors, Mikhail and Ivan Morozov. It mirrors an earlier one devoted to Sergei Shchukin, their older friend. Along with several other eminent figures of the day – such as the brothers Sergei and Pavel Tretyakov, Savva Mamontov, and Mikhail Ryabushinsky – the Morozovs participated in forging a new economic, social, and cultural world in which modern Russian and Western art played a privileged role.”

“It seems a natural choice for this Morozov exhibition to be displayed in Paris, given the brothers’ familiarity with the city. Mikhail had an apartment here and felt he “ceased to be a tourist and became a human being.” Ivan made sure to have all the latest information about artistic activities taking place in the city sent back to his home in Moscow, and upon his return, he stayed in touch with the Parisian art world.”

“I wanted a new exhibition to be dedicated to two emblematic figures of the Russian cultural scene in the early twentieth century, Mikhail and Ivan Morozov. This is a significant event for France, as the Morozov collection has never before been shown outside Russia. I am confident that it will constitute a memorable moment celebrating the cultural friendship between France and Russia and its success will pay homage to all these artists who forged art history.”