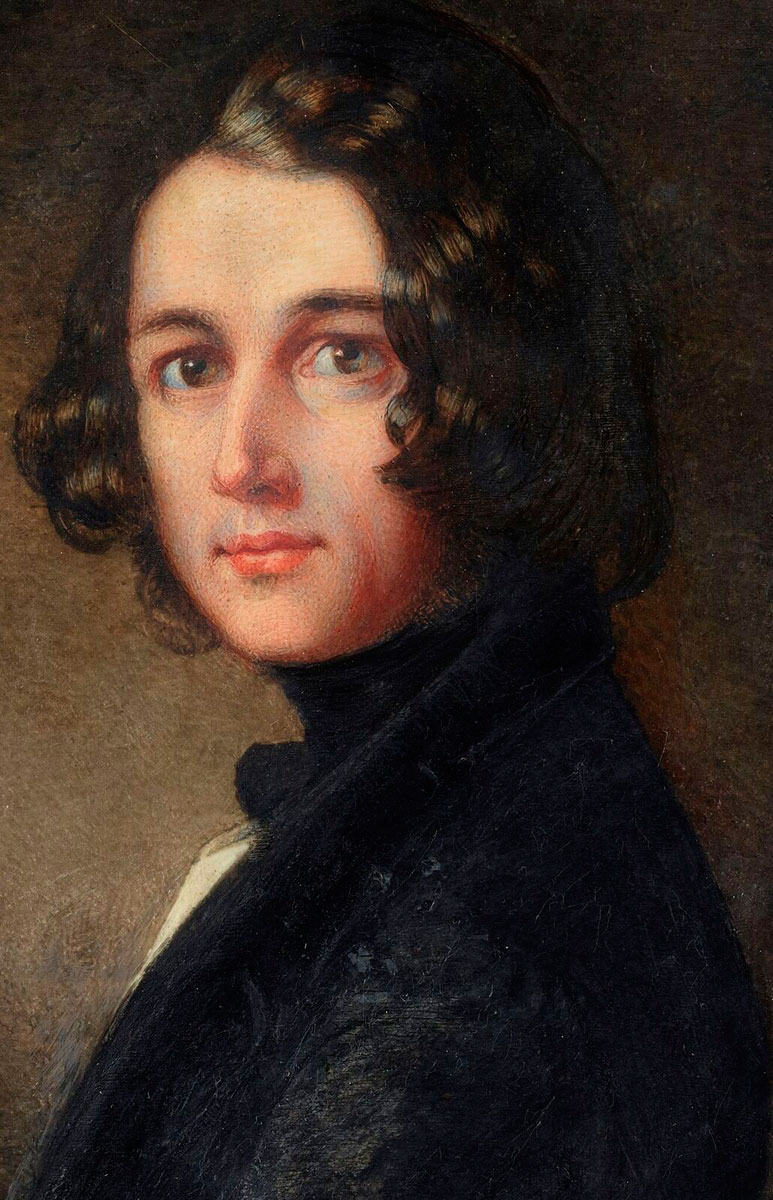 A portrait of a young Charles Dickens that had been lost for 174 years has been unearthed in a box of trinkets at a junk sale in South Africa.

The palm-sized portrait, painted by artist and social campaigner Margaret Gillies in 1843, portrays the celebrated Victorian writer at the age of 31.

The portrait was last seen in public in 1844 when it was displayed at the Royal Academy in London and Gillies reported the work unaccounted for. Any attempts to locate the painting have since failed.

That is, until the missing portrait was found among a collection of objects at a general sale in Pietermaritzburg, South Africa.

The buyer sent the work to London to be authenticated and it is now set to go on display at the Pall Mall gallery of Philip Mould & Company—the dealers who formally identified the portrait.

‘This portrait adds greatly to our perception of the charismatic young blade that Dickens was at the time and is so different to the avuncular, bearded man we know from photographs,’ said Philip Mould OBE, best known for the BBC One series Fake or Fortune.

‘Unlike other literary portraits of the period, that can be formulaic, the subject fixes you with an arresting gaze, boring into you with the same eyes that recorded a wealth of material about his life and times.’

The miniature portrait was created as Dickens worked on his famous Christmas fable and was beginning to make a name for himself. Its rediscovery comes in time for the 175th anniversary of A Christmas Carol.

A man paid the equivalent of £27 for a metal lobster, a brass plate, an old recorder and the small mould-covered painting.

‘He was moments away from basically throwing away this fungus-covered picture and then he started looking at it and realised that the face was very compelling,’ said Mould.

‘Instead of it being a ruminative, authorial-style characterisation with the eyes looking away…here he fixes you with these penetrating but also doleful eyes. They are looking at you. It’s an extremely direct, almost predatory look.’

Indeed, the Victorian poet Elizabeth Barrett Browning was one of those who saw the portrait, remarking that is showed Dickens as having ‘the dust and mud of humanity about him, notwithstanding those eagle eyes’.

Why or how the portrait was in South Africa may never be known, but research has suggested that the painting was given to the brother-in-law of Gillies’ adopted daughter.

Dickens Museum. The museum has begun fundraising to raise the necessary six-figure sum to acquire it.

The Pall Mall exhibition will be free to view from Thursday 22 November to Friday 25 January.