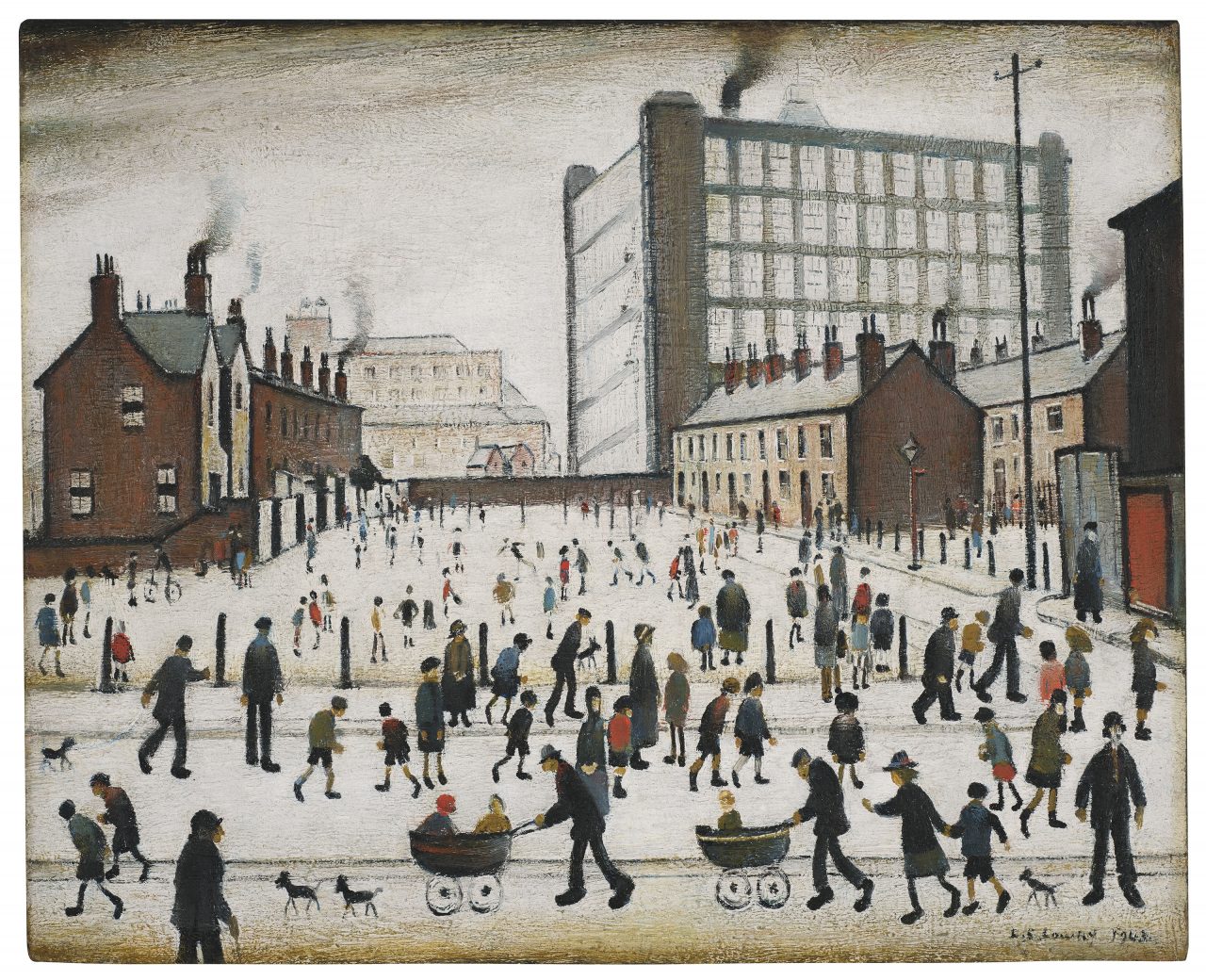 A lost painting by artist L.S Lowry has sold at auction for £2.65 million.

The painting, which sold at a Christie’s Auction on Tuesday, had been lost after Lowry gave the artwork to medical researcher Leonard D Hamilton 70 years ago.

Art experts only came to know of its existence after Hamilton’s death.

Hamilton took the painting with him when he moved to the US in 1949.

The painting is a 1943 work called The Mill, Pendlebury. It depicts workers in Manchester enjoying a day off and children playing cricket.

Head of Modern British and Irish Art at Christie’s in London, Nick Orchard, said: “This painting ticks all the boxes where Lowry is concerned. It’s a classic, industrial landscape from a peak period in the artist’s career in the 1940s. The balanced composition of the scene is impressive too – yet, two things about this painting set it apart.

“One of those is that it doesn’t depict a working day, but a day of rest, presumable a Sunday. Lowry’s pictures tend to be populated by tiny, stylised figures, with a look so uniform they’re referred to as ‘matchstick men’. In The Mill, Pendlebury however, figures are individualised and having fun.”

The artwork was only expected to reach between £700,000 and £1 million at the auction which was held in London. This means it sold for nearly triple its highest estimate.

Despite the price sky rocketing above its estimate, this is a relatively low price compared to Lowry’s other more famous works, such as The Football Match (1949) and Piccadilly Circus (1960) which both sold for £5.6 million in 2011.

Lowry was well known for his simple depictions of working class life and industrial parts of Northern England.

Acme Mill, the mill depicted in the painting, was the first cotton spinning mill in England to be solely driven by electricity. The building was demolished in 1984.