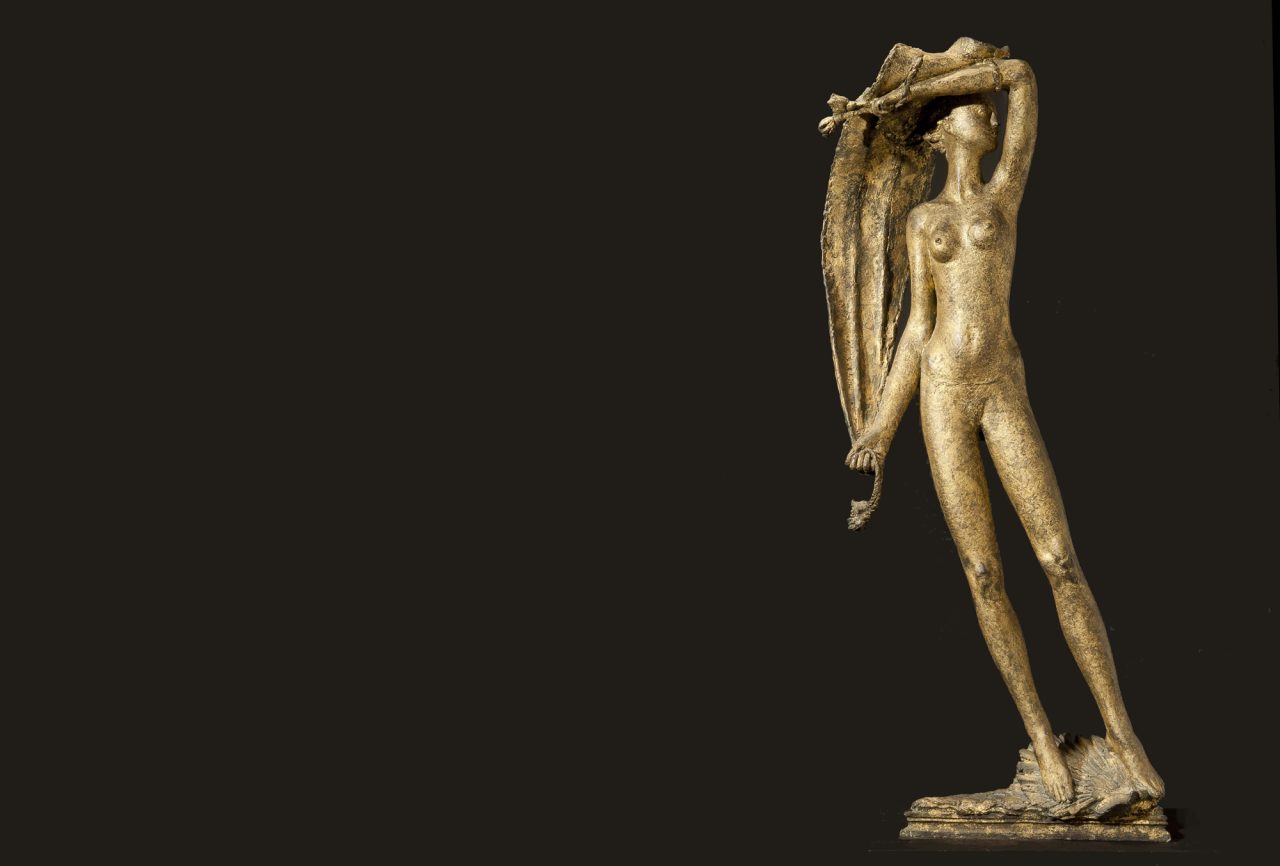 The Winter edition of London Art Week 2019, held from December 1st-6th, was declared a success with reports from dealers in the main very positive and a number of stand-out sales being made.

At Raccanello LePrince, where Orientalist late 19th century ceramics by Cantagalli were on show at prices from £2000 to £10,000, interest was strong. Justin Raccanello reported: “We had a good London Art Week with half of our exhibition sold. All works went to private clients, some with established collections, while others were buying more decorative pieces for their home.”

Amongst sales at XX: The Female Gender in Twentieth Century Italian Art, the exhibition curated by Monica Cardarelli of Galleria del Laocoonte, Rome and held at Laocoon Gallery, was a painting by Adriana Bisi Fabbri (1881-1918). It went to a private collector at a price around 80,000 euros. Eleonora Falovo, Director of the gallery said “We had a fantastic LAW Winter 2019. Not only did we make new connections with a number of collectors but we also enjoyed hosting an event and sharing the stories about our exhibition with fellow art lovers.”

A sale reported by Colnaghi, made to a visitor who came for London Art Week, was of a work by Gioacchino Assereto (Genoa 1600-1650). Although not part of their publicised LAW exhibition Dangerous Beauty, the large oil on canvas depicting The Punishment of Prometheus went to a private collector, with an asking price in the region of 200,000 euros. The autograph work, recently confirmed, is an important addition to the rich corpus of works by Assereto, painted in his most intensely Riberesque manner during the last decade of his life between 1640 and 1650.

Stephen Ongpin and Guy Peppiatt sold well, with well over 20 works finding new homes with institutions, commercial and private collectors, at prices ranging from £1,600 to £12,000. In the higher end of this range was a work by Gustave Loiseau, Still Life with a Dish of Fried Eggs. “We have found over the years that our joint Winter exhibition, although geared to novice collectors, actually does very well with museums”, said Stephen Ongpin. “There was a steady stream of visitors to the gallery, and quite a number of new people who had either picked up a LAW map, or seen the event in the press.”

Carlo Milano of Callisto Fine Arts, whose recently-discovered work by Lavinia Fontana garnered attention, reported a good week. “We have seen private collectors and museum curators from the Continent and from North America, including some new ones, and we have active conversations [ongoing] about the most important works of art in the show.”

Ariadne Galleries, specialising in antiquities, said: “We had a steady stream of visitors and particularly noticed that we met more collectors, even if they had a different collecting focus, but they seemed more interested and engaged with our exhibition.”

Oliver Forge & Brendan Lynch Ltd presented an intriguing Franco-Turkish themed exhibition, Ottoman Patronage and European Merchandise, and reported sales from an important collection of early Iznik tiles. Galleria Carlo Virgilio & C, in Jermyn Street, sold an oil on canvas titled The Lady Singer by Ennio Belsito (1901-1948) dating to circa 1910-15, that had been shown at the Prima Esposizione Internazionale d’Arte Coloniale, Rome in 1931.

Magick Land – An Italian Journey at Karen Taylor Fine Art, exhibiting at Charles Beddington Ltd, featured the work of watercolourists inspired by Italy. Amongst sales was the centrepiece of the show, an important drawing by the Welsh artist Thomas Jones (1742-1803). Karen Taylor said “I was delighted with the response to my exhibition, making two sales to US institutions and several others to collectors, and I enjoyed the symposium.”

Rachel Elwes of Ben Elwes Fine Art commented: “London Art Week continues to be an ideal platform for us to connect with private and institutional clients. We were delighted to meet many new and deeply engaged collectors of the highest calibre.”

Ordovas, whose exhibition Peggy Guggenheim and London revealed new insights into the collector’s early experience as an art dealer, reported a 20% increase in footfall on average during the week. Louise Chignac, gallery director, said “Overall the feedback was great and we had some very interesting conversations with the visitors who came specially through LAW.”

Universal acclaim was expressed for the Symposium, a new initiative launched this year by London Art Week for the Winter 2019 event. It underpinned a week of some spectacular and specialist exhibitions, combined with displays of important or recently-discovered works at more than 30 leading galleries and auction houses throughout St. James’s and Mayfair.

The Symposium, which was held at the National Gallery on Monday 2nd December, brought an added dimension to the London Art Week Winter proceedings, and praise to the organisers and panellists for an enlightening afternoon of discussion around the theme Conversations on Collecting. The event was enormously popular, and welcomed several hundred attendees including members of the art trade, international museum curators and collectors.

Amelia Higgins, Director of London Art Week, said “We are delighted at how well this Winter’s London Art Week has gone, with so many notable exhibitions and some interesting sales. The hugely positive reaction to the new addition of the LAW Symposium is very exciting and it brings a new important focus to our Winter Week. The Winter Week was added three years ago to complement our well-established Summer series of exhibitions, and gives participants a double benefit from the publicity and marketing of their gallery at the typically quieter end of the year.

“Our events programme goes from strength to strength, with all our Winter talks oversubscribed this year, from Jewellery in Costume in the Time of Charles I with fashion historian Aileen Ribeiro and the Society of Jewellery Historians at the Weiss Gallery, to Dulwich Picture Gallery Director Jennifer Scott’s fabulous talk on Rembrandt’s Light at Colnaghi. I am greatly looking forward to London Art Week 2020.”

Stephen Ongpin, Chairman of London Art Week, continued: “The Symposium is a pro-active means by which LAW can offer an important educational contribution, adding value to the art scene not just in London but for the UK as a whole. International curators and collectors came here to take part, giving the public an opportunity to get ‘behind the scenes’ of major museum exhibitions, and be inspired by individual members of the art community. Combined with the dealers’ commercial selling exhibitions and the more intimate in-gallery talks that are regularly offered, the addition of the Symposium shows that London Art Week Winter has very much matured.”

Summing up the Week, Amelia Higgins conveyed her thanks “to all the galleries, auction houses and participants who had made such an enormous contribution to LAW Winter 2019.” London Art Week will be back next Summer, from Friday 26 June to Friday 3 July, with a Preview on Thursday 25th June 2020.

The Notre-Dame Fire: Saving The Treasures