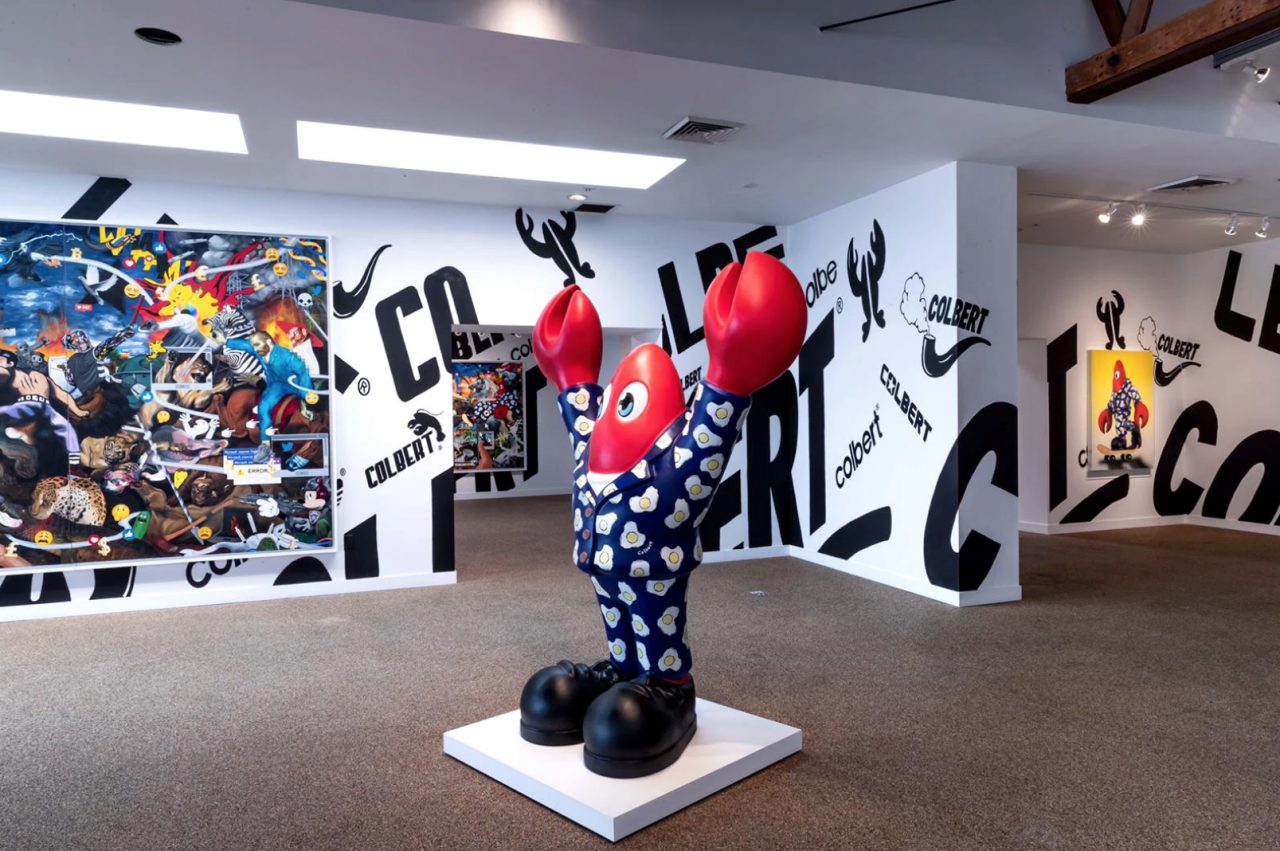 Artist Philip Colbert launches the first of his fund-raising projects Art Against the Virus on May 18th. The artist, well known for his ‘lobster’ alter-ego, is donating 100 percent of the profits from a limited edition run of resin sculptures to the International Rescue Committee.

Philip Colbert has also made a series of films to accompany the sculptures in association with APPortfolio. He describes this as his response to Covid 19 and how it has influenced his practice “as we all adjust to the new normal”.

Art Against the Virus is a multi-channel campaign created by artist Philip Colbert to raise funds for charities working on Covid-19 aid worldwide. “I have always been inspired by art that tries to engage and help in whatever way possible in times of crises”, using the power of art to make a positive impact.

“The virus has had a huge impact on people’s lives and has hugely influenced my life as an artist” says Colbert. “In my artistic world Lobster Land I wanted to push all my creative energy into fighting this horrendous monster virus”.

With APPortfolio, Colbert has developed a unique Lobster Land Hunt sculpture where his Lobster alter ego is battling to defeat the virus. The work pays reference to Old Master hunt sculptures from the time of the Italian Renaissance, yet reverberates with Colbert’s infectious contemporary pop energy.

“I wanted to celebrate the human spirit to defeat such threats and overcome such adversity, and in creating and selling these works I hope that the money we raise can help in some way the global fight against Covid-19” he said.

Colbert has been quoted as saying that he “became an artist when he became a lobster”, and came to prominence in 2018 when his paintings were launched by Saatchi Gallery and Unit London. Colbert’s seminal New Paintings and Hunt Paintings shows at Saatchi Gallery in 2017 and 2018 showed his transition into epic large-scale works on canvas, and has led to a series of Museum shows worldwide (image top of page – Philip Colbert, Hunt Paintings exhibition, Saatchi Gallery Los Angeles, 2019).

Since then Colbert’s paintings have been exhibited all over the world, and the lobster has his own virtual reality world, Lobster Land, a parallel universe in the desert, complete with a town with a Lobster bank where you can buy Lobster coin, a cactus-shaped house where the lobster lives, and a museum.

Galleries and Auction Houses to Re-Open from June?