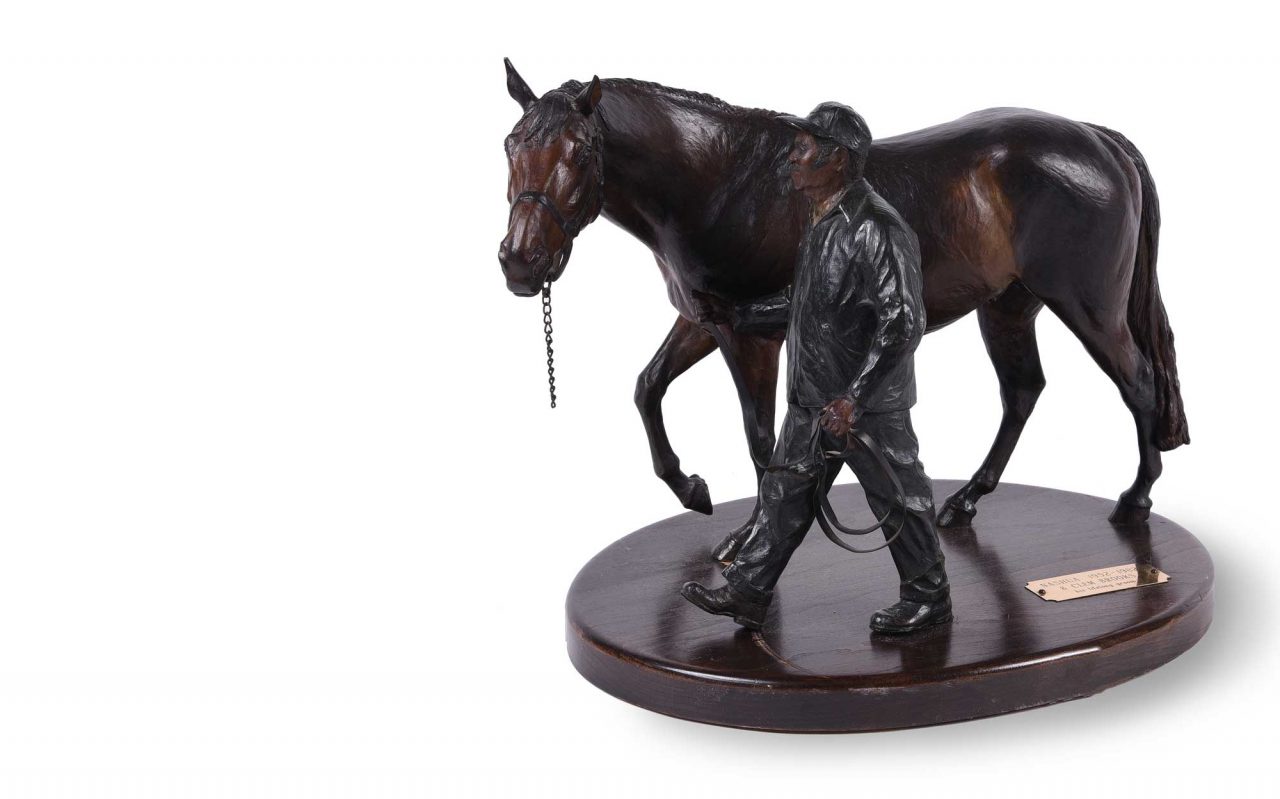 Three equestrian bronzes by the sculptress Liza Todd-Tivey (b. 1957), actress Elizabeth Taylor’s daughter, will be offered at auction in the UK in June as part of a selection of works from the private collection of Nick Robinson, founder of Kennet Valley Thoroughbreds, a pioneer of shared racehorse ownership in the 1980’s and publisher of horseracing books and magazines.

The paintings and animalier sculptures, which all centre on the subject of horses, will be offered for auction in Dreweatts Interiors sale on June 8th, 2021.

See also: Under the Hammer – a Unique Private Collection of Pianos

Commenting on the works, Jennie Fisher, Head of Dreweatts Modern and Contemporary Art department, said: “We are delighted to be offering such a unique group of beautifully-crafted bronzes and stunning paintings, which capture the thrill and spirit of horse racing.

There will certainly be a lot of interest from those with a passion for the sport, not just because of the subject matter, but also due to the personal link to such a pioneering figure in the world of horseracing. Included are three impressive bronzes by Liza Todd-Tivey, as well paintings by sporting art specialists, such as Peter Biegel, John Skeaping and Michael Lyne.”

The first of the bronzes by Liza Todd-Tivey depicts the American thoroughbred Nashua and his groom of 26 years, Clem Brooks. This intimate and informal portrait is the result of a 1982 commemorative commission on a larger scale by Leslie Coombs II, founder of Spendthrift Farm in Kentucky, where Nashua spent his final years. The farm allowed the casting of a limited edition of 75 smaller scale bronzes, of which this is one. Nashua and Clem (top of page) is estimated to fetch £600-£900.

The second of her bronzes is a striking colour patinated bronze model of the Canadian racehorse Northern Dancer created in 1991, as a private commission for the horse’s owner. Set on a plinth, the stunning work captures the essence of the horse’s strength and beauty. It is estimated to fetch £500-800. 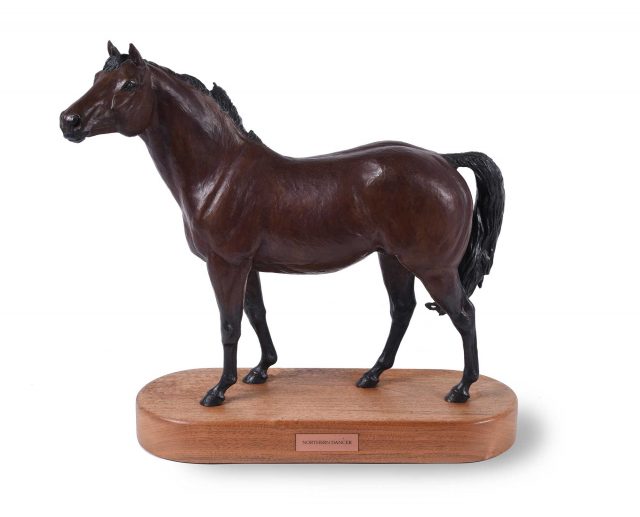 The third bronze is of the well-known thoroughbred Seattle Slew, winner of the ‘Triple Crown’ in 1977. This work in patinated bronze was created in 1985 and is approximately 41cm and 48 cm wide. However, Todd-Tivey also cast a large-scale model for Three Chimneys Farm in Kentucky, where Seattle Slew spent the last decades of his life. This smaller version is estimated to fetch £500-800.Liza Todd-Tivey has completed many private commissions of wildlife sculpture and other racehorses and is the daughter of iconic actress Elizabeth Taylor and producer Mike Todd. Alongside John Skeaping, she was the only modern sculptor to be included in John Fairley’s influential book, Great Racehorses in Art, first published in 1984.

Amongst the paintings in the sale are two works by one of the most celebrated of equine artists, John Skeaping (1901-1980), whose works are highly sought-after. Neck and Neck captures the frenzy of a race in colourful oils and is as contemporary as when it was created (estimate £600-£800). The second work, a pastel titled All Out for The Post encapsulates the fast-paced movement of the horse and jockeys, in a vast array of skilled strokes and shades. It is estimated to fetch £800-£1,200.

The artist Michael Lyne is also represented in the sale. A celebrated artist with a passion for country pursuits, he began his art commissions while still at art school, where he frequently painted for the Masters of two local packs of hounds, Captain H.A. Clive and Lt Col Cyril Heber-Percy. His later patrons included the Duke of Beaufort, Lord Knutsford and General Sir Willoughby Norrie.

In the 1930’s Lyne illustrated many books on hunting and after the war resumed his artistic career with fervour, portraying predominantly horses and hunting dogs, in a backdrop of English country landscapes and settings. He regularly exhibited in London and his paintings can be found in many collections around the world. No. 2 First, Second, Third is a wonderful example of his work. Created in oils, it is estimated to fetch £1,000-£2,000.

Three works by esteemed racing and hunting artist Peter Biegel (1913-1988) are being offered in the sale. The pencil and watercolour works, complete with his annotations show his distinctive working style and his process in capturing horses and their jockeys in various stages and positions in the race. The three works are titled The Gamest of the Game, Crisp, Aintree, 1973, Down to the Start and 23rd Fence, Aintree and are estimated to fetch £400-£600 each.

Equestrian artist Peter Williams (1934-2018) was a recognised figure in the paddocks of most of the top racetracks around the world. A chance encounter with American equine painter Richard Stone Reeves resulted in a commission to paint racing scenes and instigated a prolific artistic career. Originally New Zealand-born, he was based in Kentucky in the US and became the unofficial artist in residence at Churchill Downs, Keeneland and Saratoga Racecourses.

The two works by Williams in the sale include Highfield Stables at Bedford House Stables, Newmarket, estimated to fetch £200-£300 and Churchill Downs Racecourse, Kentucky, USA which is estimated at £200-£300.

Ewbank's Strikes Like a Thunderball With James Bond Memorabilia Sale