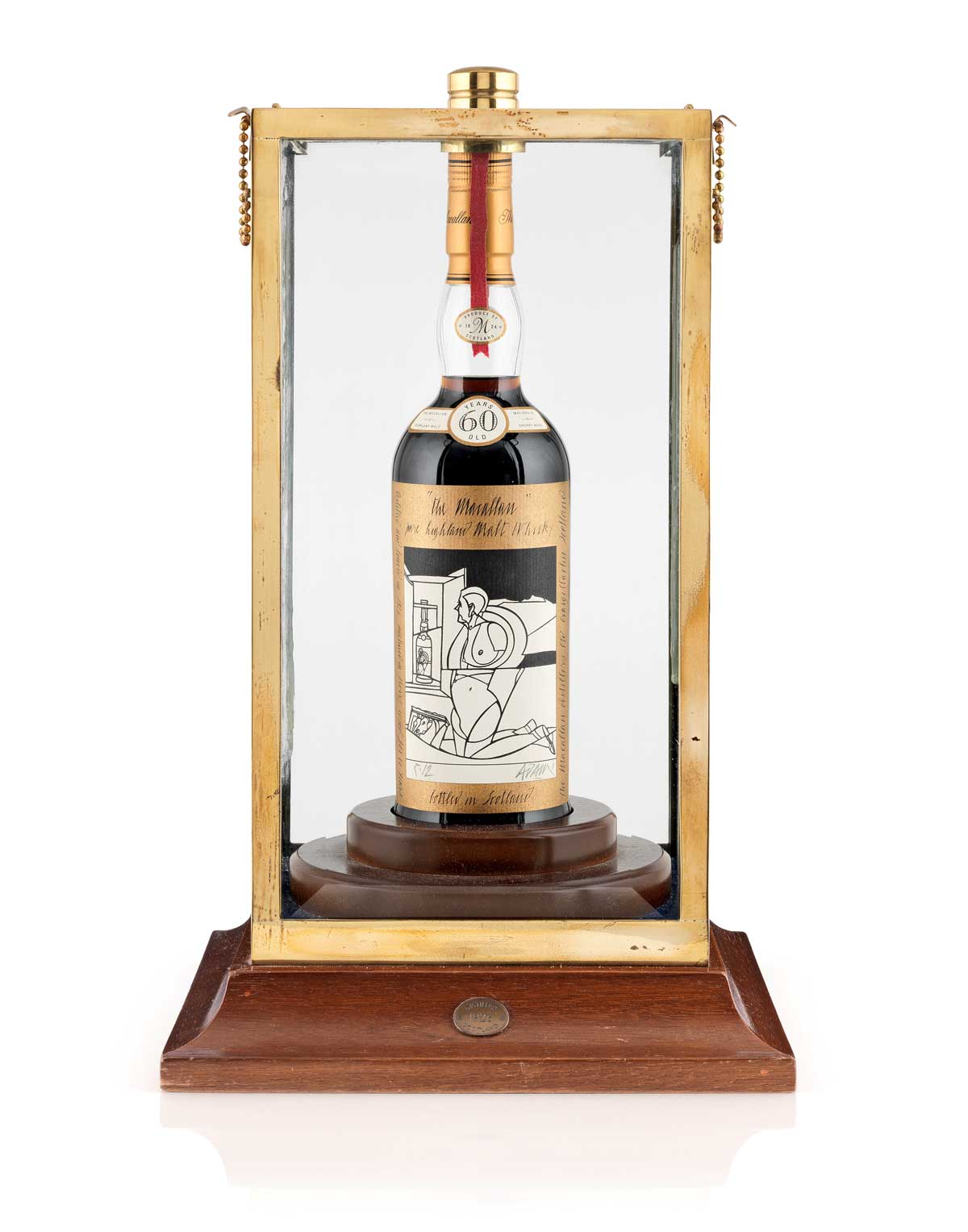 An extremely rare bottle of The Macallan Valerio Adami 1926 set a new world record when it was sold by Bonhams auctioneers on 3 October. Image courtesy Bonhams.

An extremely rare bottle of The Macallan Valerio Adami 1926 set a new world record when it was sold by Bonhams auctioneers on 3 October.

Previous to this sale, the world record was set in May 2018 by Bonhams when another bottle of The Macallan Valerio Adami 1926 was sold for £814,081.

Elegantly presented in a specially commissioned cabinet, the rare 60-year-old bottle was bought directly from Macallan by the vendor in 1994 for an undisclosed sum.

It was part of a wider collection from the same owner offered in Bonhams Whisky Sale held in Edinburgh.

It is not currently known whether the remaining 11 bottles of The Macallan Valerio Adami 1926 still exist.

One is said to have been destroyed in an earthquake in Japan in 2011, and at least one is believed to have been opened and drunk.

Bonhams whisky specialist in Edinburgh, Martin Green, said he was ‘delighted’ with the sale’s exceptional result.

Edinburgh, the ‘home of whisky’

‘It is a great honour to have established a new world record and particularly exciting to have done so here in Scotland, the home of whisky,’ he added.

With this sale, Bonhams now holds the record for the three most valuable bottles of whisky ever sold at auction.

The auction house, which was founded in 1793, is one of the world’s largest, offering fine art, antiques, motor cars and jewellery.