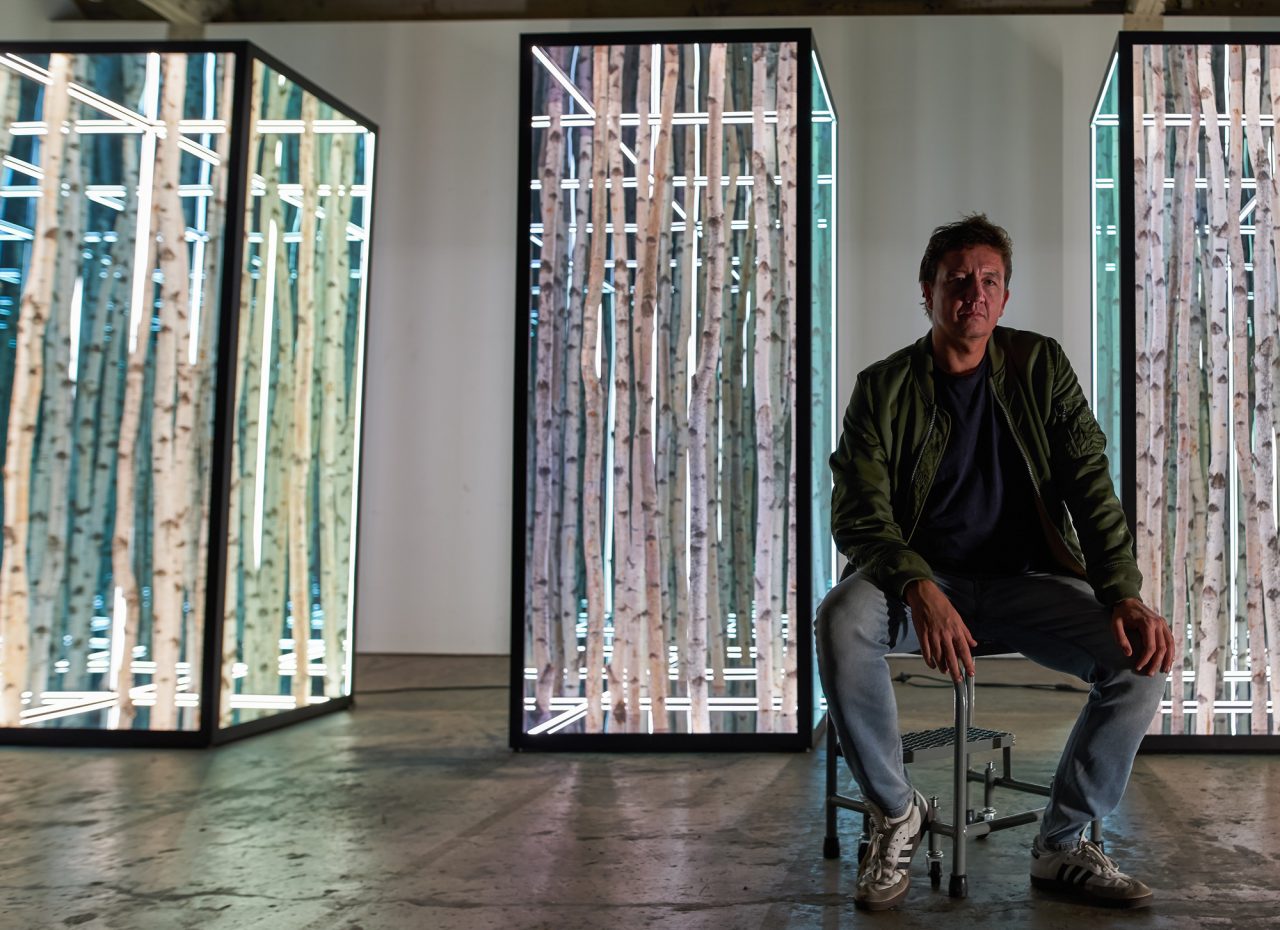 At his Opera Gallery solo show in February, Anthony James will create new LED vitrine works in atypical shapes including a bright nickel Octahedron, a solar black Dodecagon, a 2 ½ metre high Crystal, a Triacontahedron which will be displayed alongside his popular Icosahedrons and wall portals.

Opera Gallery London director Federica Beretta said: “We are thrilled to kick off 2020 with Opera Gallery’s first solo show for Anthony James and to showcase a brand new selection of works that have been specially created for this exhibition. Anthony James’ light sculptures are reminiscent of a moment in time and space, as if you’re looking at the sky through the artist’s telescope – an exploration you cannot resist.”

Anthony James’ sculptures are described as ‘mesmerising and energetic, forcing you to move round them, exploring the cosmos that his artwork encapsulates, and to look deep inside the cases of harmony and symmetry’. To the viewer looking into the works, the straight lines often become curved before disappearing into black holes. In a 21st Century gallery space, the glass, steel, and LED structures bring a rigid and gleaming tangibility to the abstraction of the numerical calculation of flawless coherence.

One of the UK’s most in-demand contemporary artists, Anthony James is best known for shocking the world when he set fire to a Ferrari in a birch forest before entombing the ravaged car in Kalos Thanatos (2008). His obsession with speed and mechanisation has led him to work alongside engineers. James has found a new sense of purpose through his art, inspired by mythology, Greek history as well as the historical cosmology of Plato.

The wrecked car inside the mirrored glass box with birch tree trunks was an ode to the ancient Greeks who burned sacrifices to Aphrodite in birth forests. It was also a reflection of James’ life during 2001 to 2006 and his response to 9/11 as well as the crash of the stock market which he described as, “the destruction of our greatest things”.

Born in 1974, Anthony James is a British-born, LA based multi-media artist. He studied at Central St. Martins School of Art in London. He has exhibited at Patrick Painter, Los Angeles, Gavlak, Kantor/Feuer, Marc Selwyn, Los Angeles, Blum and Poe, Los Angeles, The New Museum, New York, Spencer Brownstone Gallery, New York and Thread Waxing Space, New York. Anthony James’ first monograph, Morphic Fields, was published by Hatje Cantz in 2014. His works have been exhibited internationally, including at Art Basel (2010) in Basel and Miami Beach. They are also part of private and public collections, such as the General Motors Building, New York, and the Istanbul Museum of Modern Art. Anthony James is also co-founder of There-there Gallery in Hollywood with Lauri Firstenberg, whose mission is to produce exhibitions, films, and editions in order to promote ongoing collaborations with local and international artists.