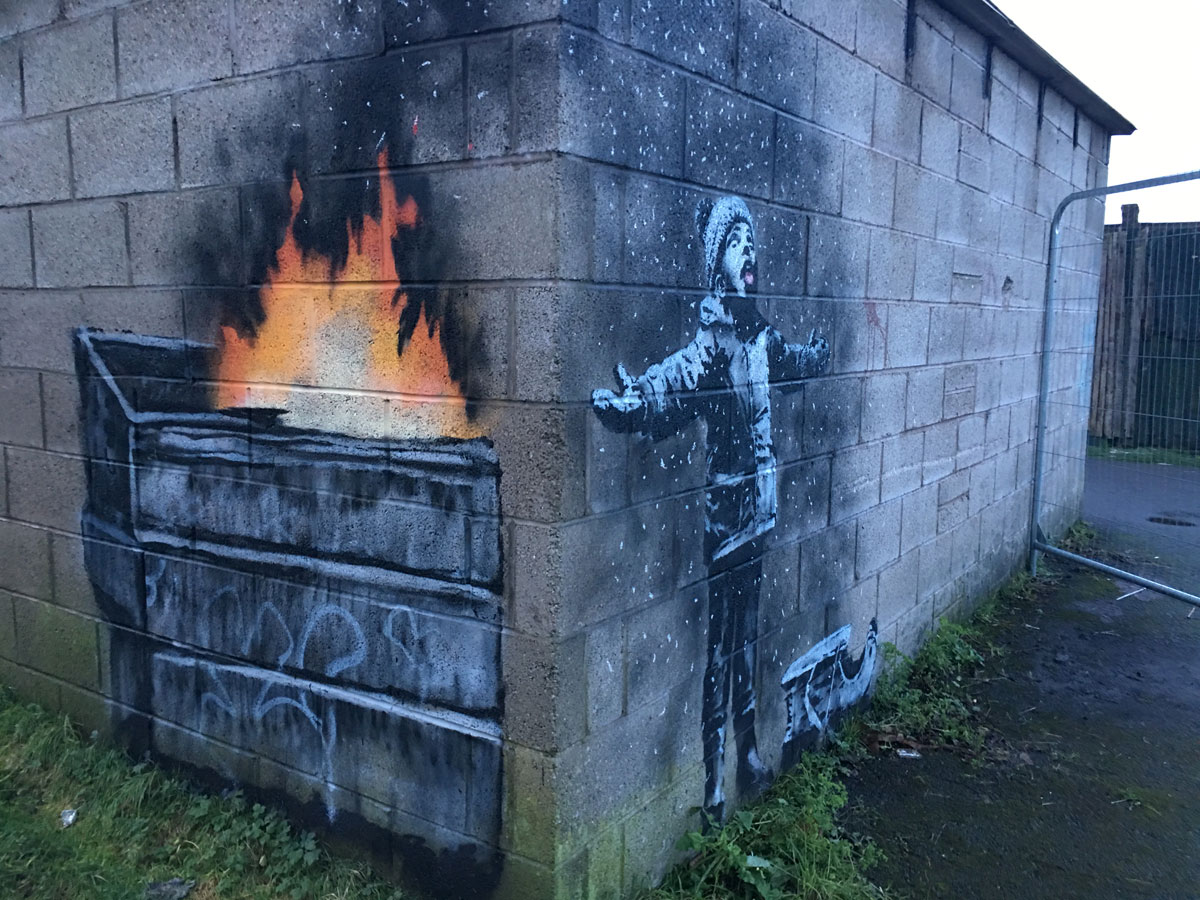 The notorious Banksy strikes again. Season’s Greetings, which appeared on the side of a nondescript garage in Port Talbot just before Christmas in 2018, has been sold to a private dealer for a six-figure sum.

About 20,000 people are thought to have made their way to visit the anonymous street artist’s latest mural since it was discovered in the Welsh town, but the graffiti now belongs to Essex-based Banksy expert John Brandler.

After finding himself the owner of a momentous piece of art that was being monitored by round-the-clock security, John Lewis, a steelworker, said the sale was a ‘huge weight off [his] shoulders’.

‘The artwork is going to be moved and I’ll rebuild the garage. I think that every graffiti artist in the area is going to come down and have a go at it now though, although I don’t think Banksy will be back again,’ he said.

‘I’m still thinking about what to do. Now the stress has been lifted off me I should have more time to think about what I really want to do. I’m planning to stay here, maybe a few little holidays, but I’m going to stay in Port Talbot.

From one angle, the mural shows a child in a bobble hat with a sled, catching snowflakes on his tongue. In typical Banksy fashion however, a darker message lurks around the corner. Rising from a billowing chimney, it becomes clear that what is falling on the child is, in actuality, a shower of ash.

Banksy confirmed he had indeed struck again by releasing a video of the mural on 19 December. Set to the Christmas song Little Snowflake, the camera rises to reveal the long chimneys of Port Talbot’s steelworks and other industrial buildings.

Brandler, who said he paid more than £100,000 for the artwork, agrees with the original owner that it is ‘where it belongs.’

The owner of Brandler Galleries stated that Season’s Greetings will stay in Port Talbot for a minimum of two to three years, but might be moved to the town centre. He offered his appreciation to Lewis for turning down higher offers to keep the work in the town.

‘I have other pieces by Banksy and, depending what is discussed with the local council and the Welsh Government, I could have half-a-dozen Banksys on display in the town,’ he said.

‘Let’s take it and move it into the middle of the town where the public can see it without anybody stopping them.