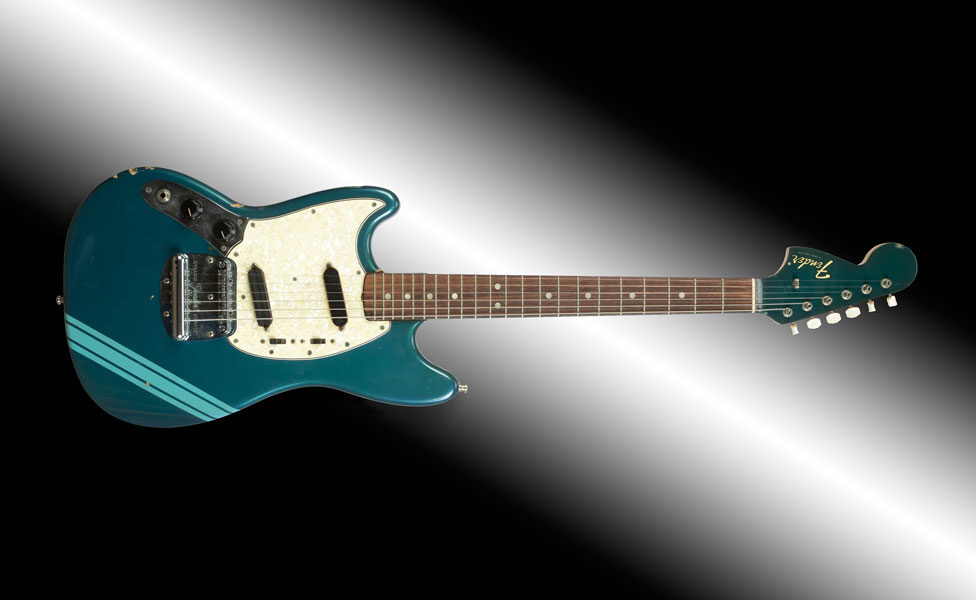 One of the most important and iconic guitars owned and played by Kurt Cobain ever to come to auction sold for $4.5 million, far surpassing its original estimate of $600,000. The guitar was acquired by The Jim Irsay Collection in Indianapolis in a bidding war among collectors and bidders all across the globe who participated live at the Hard Rock Cafe® New York, online at Julien’s Auctions and on the phone.

In honour of Mental Health Awareness Month, the Cobain family is donating a portion of the proceeds of the legendary guitar and select Kurt Cobain items to Kicking The Stigma, the Irsays’ initiative to raise awareness about mental health disorders and remove the stigma associated with these illnesses.  Through grants, as well as personal donations by the Irsay family, more than $16 million has been committed to local and national organizations to expand treatment and research and raise awareness in Indiana and beyond.

“I am thrilled to preserve and protect another piece of American culture that changed the way we looked at world,” said Jim Irsay, Owner & CEO of the NFL’s Indianapolis Colts. “The fact that a portion of the proceeds will go toward our effort to kick the stigma surrounding mental health makes this acquisition even more special to me.”

Darren Julien, President/Chief Executive Officer of Julien’s Auctions, said, “To have this legendary guitar, one of the most culturally significant and historically important guitars of Kurt Cobain and in all of rock music history return to my home state of Indiana to be part of Jim Irsay’s renowned memorabilia collection is a great honour and personal highlight of my life.”

“This once-in-a-lifetime auction has been one of the greatest privileges in my professional career and I’m duly pleased that the proceeds will also bring much needed attention to mental health awareness.”

Nirvana’s breakout hit single “Smells Like Teen Spirit” created a seismic shift in the music universe and a cultural moment in history by heralding the alternative/grunge era of the ‘90s and becoming one of the most iconic songs and music videos of all time. The Generation X anthem off their sophomore album Nevermind that celebrated its 30th anniversary milestone this past fall, turned the underground Seattle based trio of Kurt Cobain, Krist Novoselic and Dave Grohl, overnight into the biggest band in the world.

As well as Kurt Cobain’s famous guitar, a number of other historical musical pieces went under the hammer. Over 1,300 items were sold at the event at Hard Rock Cafe New York which brought in a total of nearly $15,000,000. One of Madonna’s most iconic looks of all time – her pink Marilyn Monroe inspired gown and accessories worn in the Gentlemen Prefer Blondes “Diamonds Are a Girl’s Best Friend” mimicked film sequence of her classic 1984 “Material Girl” music video stole the auction stage at the winning bid of $287,500.

Country music’s greatest legends Johnny Cash and Waylon Jennings hit auction gold with the sale of their iconic instruments and items: a 1956 Martin brand, model D-21 acoustic guitar originally owned and stage-played by “The Man in Black” with accompanying NFT sold for an astounding $437,500, a new world record for highest price paid for a guitar from Johnny Cash sold at auction and a Bently 5106 acoustic guitar owned, signed and used by Johnny Cash sold for $25,600; a stage-played and personally owned custom Fender Telecaster belonging to Waylon Jennings sold for $179,200 as well as his rhinestone studded western ensemble sold for $16,000 and a Fender brand American Standard Telecaster electric guitar signed by Jennings sold for $10,240.

Other highlights include a 1980 Gibson Les Paul Deluxe electric guitar that was owned and Badmotorfinger album-played by Soundgarden’s Chris Cornell selling for $76,800; Elvis Presley’s 1972 32-diamond nugget ring with “EP” initials selling for $75,000 and  a spiral bound Mead notebook, containing 17 pages of handwritten lyrics, doodles and other personal notes by Guns N’ Roses’ Axl Rose selling for $38,400.

For more information on Kurt Cobain’s guitar or Julien’s Auctions, go to www.juliensauctions.com

Rolls-Royce to Present Next Coachbuilt Boat Tail at Villa D'Este

Iconic Dorchester Hotel to Auction Off Its Pre-Renovation Contents