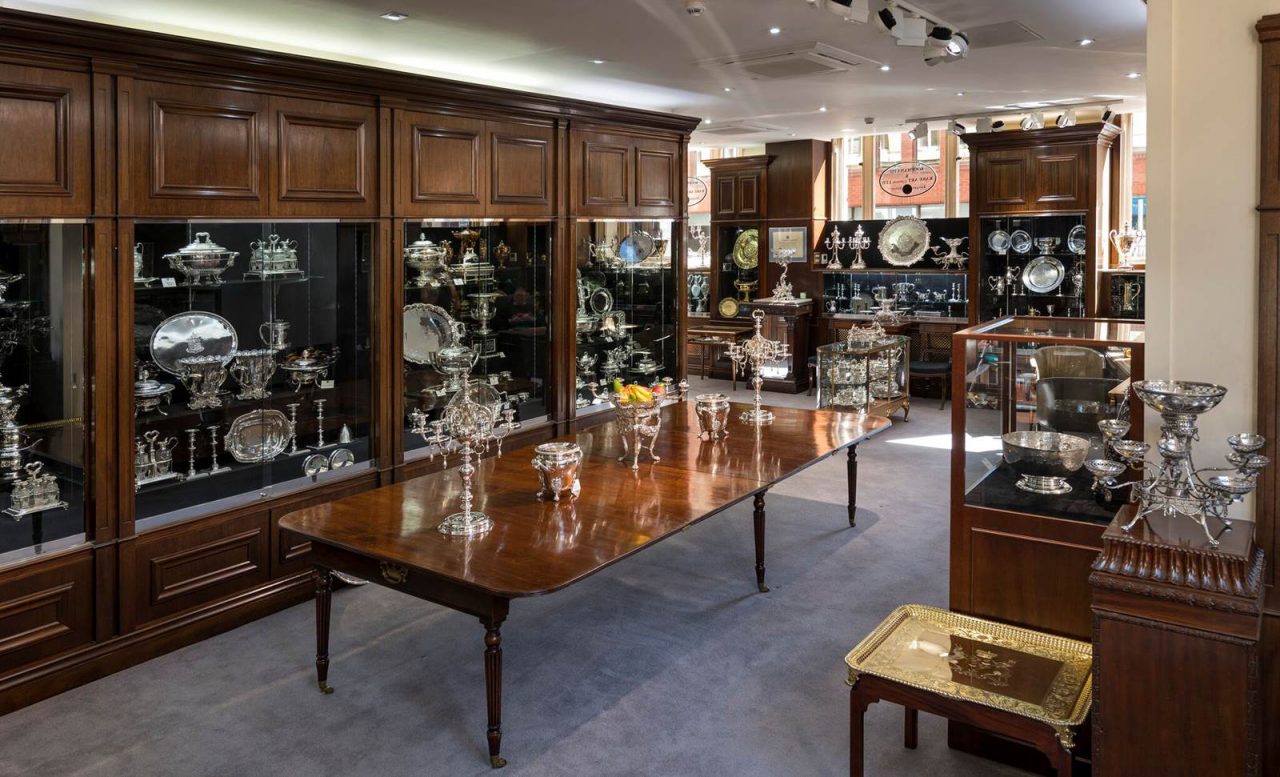 The highly historic and impressive silver-gilt shield, which bears the Royal Arms of Ernst Augustus, Duke of Cumberland and King of Hanover (1771-1851), is one of the main focal points on the stand of Koopman Rare Art at TEFAF Maastricht 2019.

It is described by Lewis Smith, Director of Koopman Rare Art as “the most spectacular example of Regency silver of all time” and has an asking price in the region of £5 million.

These superlative examples of silver artistry, together with many other historic and interesting silver pieces, as well as gold boxes, objets de vertu as well as a select group of jewellery, are shown in striking new showcases conceived by Nicholas Lee Architects. The simplicity of the display is designed to create a neutral environment that focuses the attention of the antique silver masterpieces in a way which is dynamic and contemporary, but still very classic.

Koopman Rare Art, founded by Jacques and Eddy Koopman in 1952, is a leading dealer in antique silver, trading from premises in Chancery Lane in the City of London since 1969. Today, the company is run by Lewis Smith and Timo Koopman, who between them have more than 70 years experience of dealing in the finest and most important antique silver on the market.

TEFAF is organised by The European Fine Art Foundation, a not for-profit foundation acting as an expert guide for both private and institutional collectors in a global marketplace. Widely regarded as one of the world’s leading annual exhibitions of fine art, antiques, and design, this year’s event in Maastricht takes place from March 16th-24th. Details are available here.