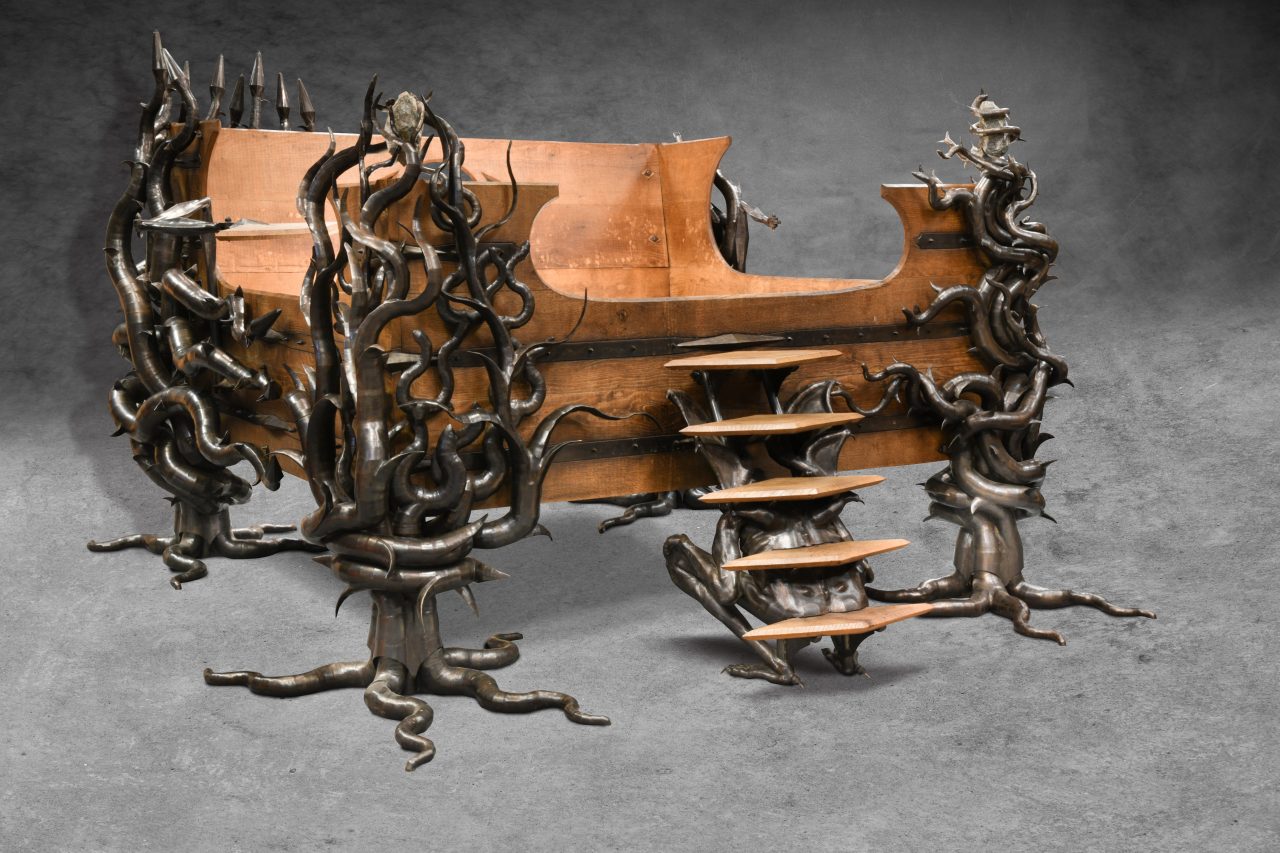 Eccentric possessions of late Prodigy singer Keith Flint have sold for a total of £347,750.

His belongings, which included his bespoke bed and nose piercings went up for auction with Cheffins Fine Art on the 7th November.

Flint, who was a singer, dancer and motorcycle racer, died in March 2019.

Cheffins fine art director Martin Millard said the items, ranging from clothing, backstage possessions and paintings, were “an insight to Keith’s personal life and highlight the difference between his stage persona and his private life.”

“There was a fantastic atmosphere in the salesroom throughout the evening, with fans travelling from all over Europe to attend and further bidders joining in via the internet,” said Millard.

“The night saw strong bidding on all of the loss and we are delighted to have achieved such a total on behalf of the estate.”

The sale reflected Flint’s love of art, fashion and music, giving the public a never before seen insight to his personal possessions and tastes.

Flint himself helped design some of the items. The bed is supported by steel thorn branches and has stairs held up by a mythical creature, reflecting Flint’s unique and creative personality.

See Also: Property From The Life and Career of Marilyn Monroe to Include Medicine Bottles, Costumes and Photographs

Also up for auction were items from his art collection, which included a portrait of Flint by artist Kirk Andrews given to the singer on his 47th birthday, just a couple years before his death. This was signed by regulars at Flint’s favourite pub in his hometown of Pleshey, Essex.

The sale reflected all areas of the singer’s life, as it also included items from his love of motorsports, such as his leathers and helmets worn on his motorcycle, which sold for £3,200.

Gold and silver discs from the Prodigy’s debut album sold for £13,000, showing the bands global success. There are also some more unusual pieces of furniture up for auction including his Jimmie Martin Kaboom armchair and foot stool, which sold for £4,200. The nose rings, which sold for £2,200, were particularly signature to the singer as he was rarely seen without them.

Cheffins did not publish any estimate for the items as valuing items with such provenance was almost impossible. Millar said that the auction surpassed all expectations.