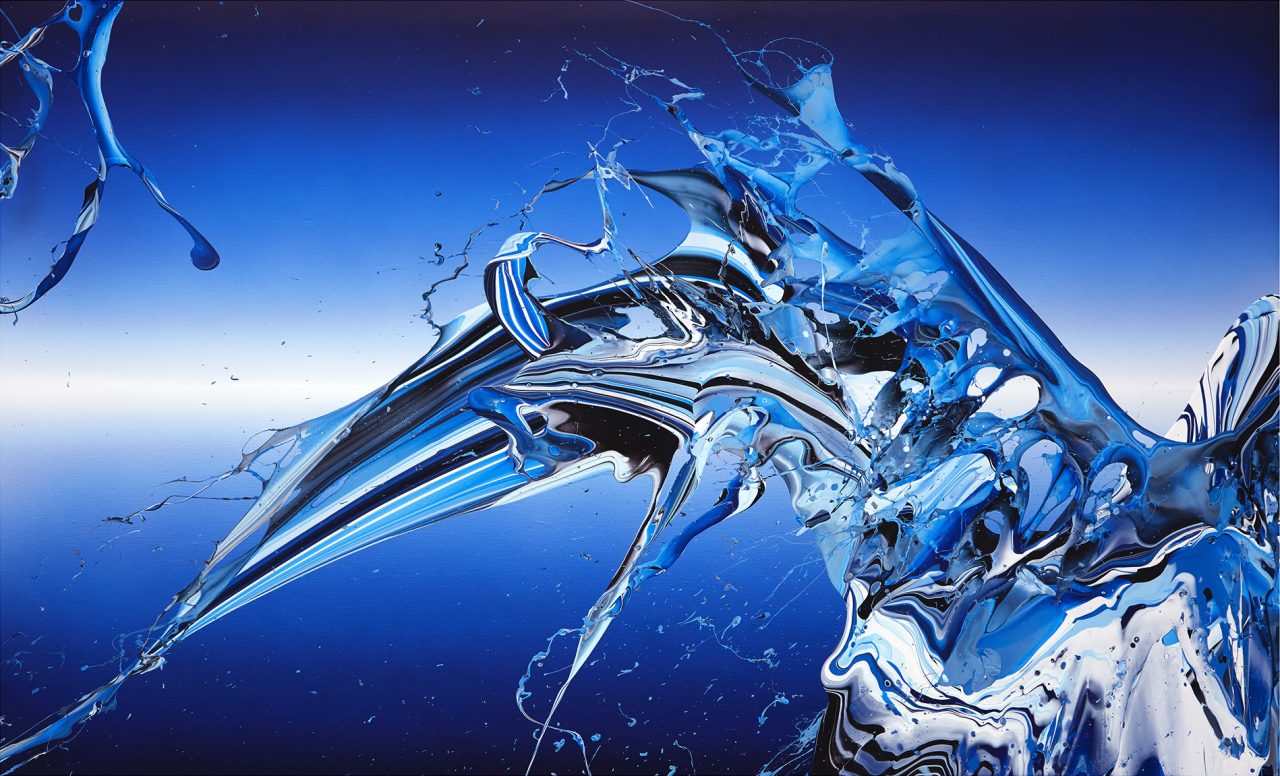 Aiming to underline JD Malat Gallery’s role as an encompassing space for the London public to reconnect after the lockdown period, the exhibition is composed of 14 new major works and accompanied by a text by the writer Sebastian Di Giovanni. (Top of page – Katrin Fridriks, Cosmic Stargate – Portal Activation, 2021, Acrylics on canvas, 100 x 165 + 5 cm). 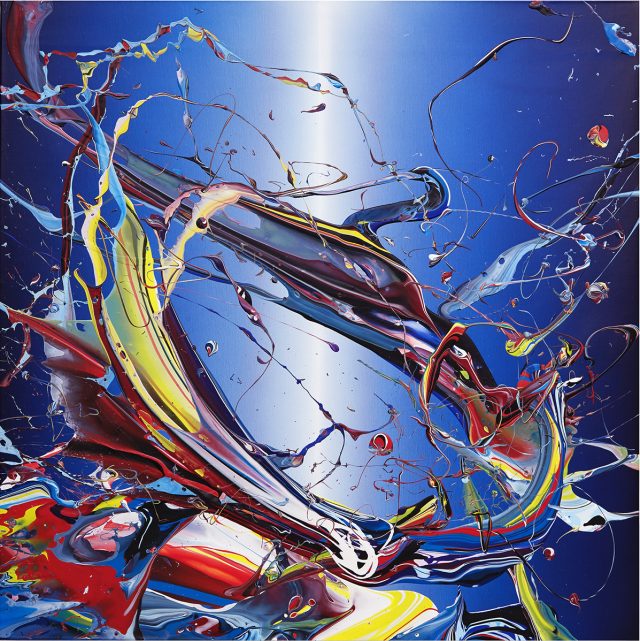 Inspired by the multifaceted symbolism of blue, from its representational and material value in art to its ubiquitous presence throughout the world, this new body of work seeks to emphasise the encompassing and connective power of blue in terms of its natural, cultural and historical significance. The title of the exhibition recalls the work and words of the French artist Henri Matisse (1869 – 1954). Renowned for his intense colourism and use of blue, Matisse pioneered the revolutionary use of colour as an index of emotion or expression. By framing her work under Matisse’s well-known phrase “a certain blue enters your soul”, Fridriks strives to emphasise the enduring role of blue within a wider discussion concerning the unity of being.

Crediting her influence to key figures such as the Persian poet Rumi (1207 – 1273), the English writer and philosopher Aldous Huxely (1894 – 1963) as well as the American astronomer and cosmologist Carl Sagan (1934 – 1996), Fridriks’ work to date has presented a unique fusion between art and their diverse branches of research. Informed by their different discussions about natural and otherworldly forces, as well as their theoretical discussions concerning the unity of being, Fridriks takes a meditative approach to the creative process.

Fridriks often listens to electronic music, allowing her to bring different energies and frequencies to the viewer through swirling and explosive forms. Fridriks has also mastered the preparation of her materials, carefully controlling the density of her paints so they react with each other. From here she calculates the speed and angle at which she will throw her materials on to the canvas.

For Fridriks, the blue that runs through her work serves as a universal connecting point and references the wider notion of the unity as discussed by Rumi, Sagan and Huxely. Whether you are exploring nature, art history, culture, philosophy or science, blue transcends both material and immaterial boundaries worldwide and serves as a critical meeting point between different realms and branches of thought; ‘Whether applied roughly in a cave wall in the African plains hundreds of thousands of years ago, impressed for all eternity in an immortal fresco masterpiece in ancient Rome or Renaissance Florence, or used on a canvas in a modern Paris atelier, blue and its shades have always connected deeply with the human soul.’ – Sebastian Di Giovanni 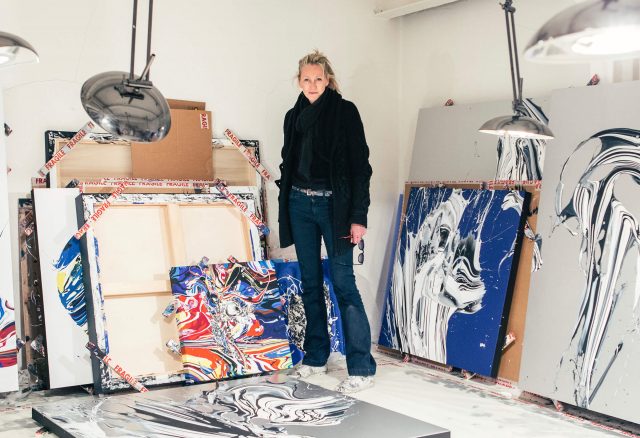 The theme of connectivity at play in A Certain Blue Enters Your Soul is important now more than ever. As a connective colour in its historical, philosophical and cultural significance, the blue that runs through the exhibition will provide a tranquil space for the public to re-unify after the prolonged period of distance.

Fridriks’ reputation is mainly based on her paintings and installations, one of which is installed at the Olympic stadium in Nîmes. She also showcased in Venice in 2015 during the 56th Art Biennale and at the Reykjavik Art Museum, the Arts Center in Seoul in 2013 as well as the Liverpool Biennale in 2008. Fridriks has been acquired by multiple private and public collections, including the Reykjavik Art Museum, Reykjavik, Iceland and the Palais Bénédictine Fécamp, France. Fridriks has also received commissions from Ralph Lauren, Land Rover, Bentley, Pictures on Wall, Bacardi Martini and more.