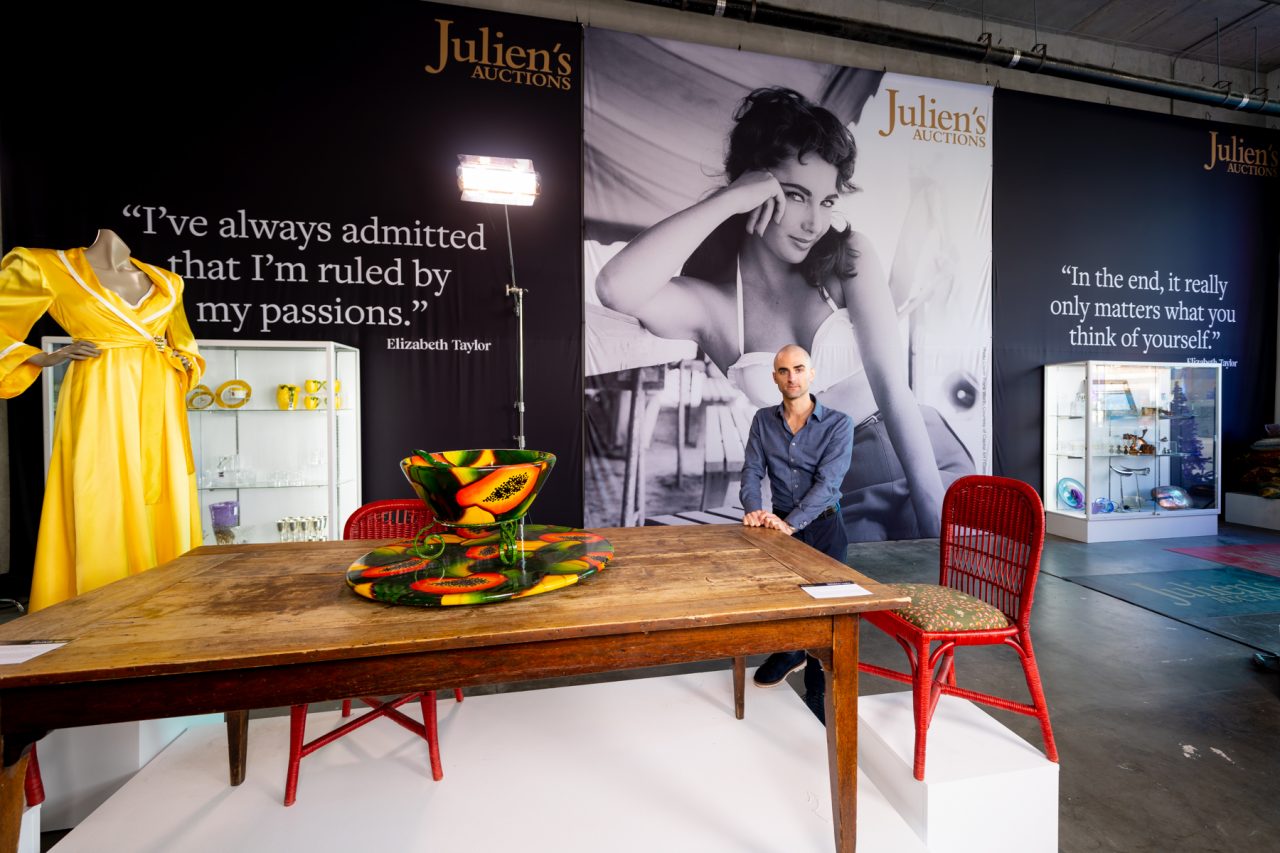 Darren Julien, President/Chief Executive Officer of Julien’s Auctions said: “Elizabeth Taylor was a giant and the star of a lifetime who epitomised Hollywood glamour, beauty and style in a way like no other celebrity ever had before and that we may never see again. She wore what made her feel good and followed her heart instead of the fads, which ultimately made her a trendsetter and made her collection of fashion items one of the most unique and sought after in the 20th century.”

Taylor was known for her epic romances and one of the most important private jewellery collections in the world. Some of her famous jewellery will feature in the auction.

Highlights of the auction include a pale blue chiffon evening gown, worn by Taylor to the premiere of That’s Entertainment 1974, estimated at $4,000-$6,000.