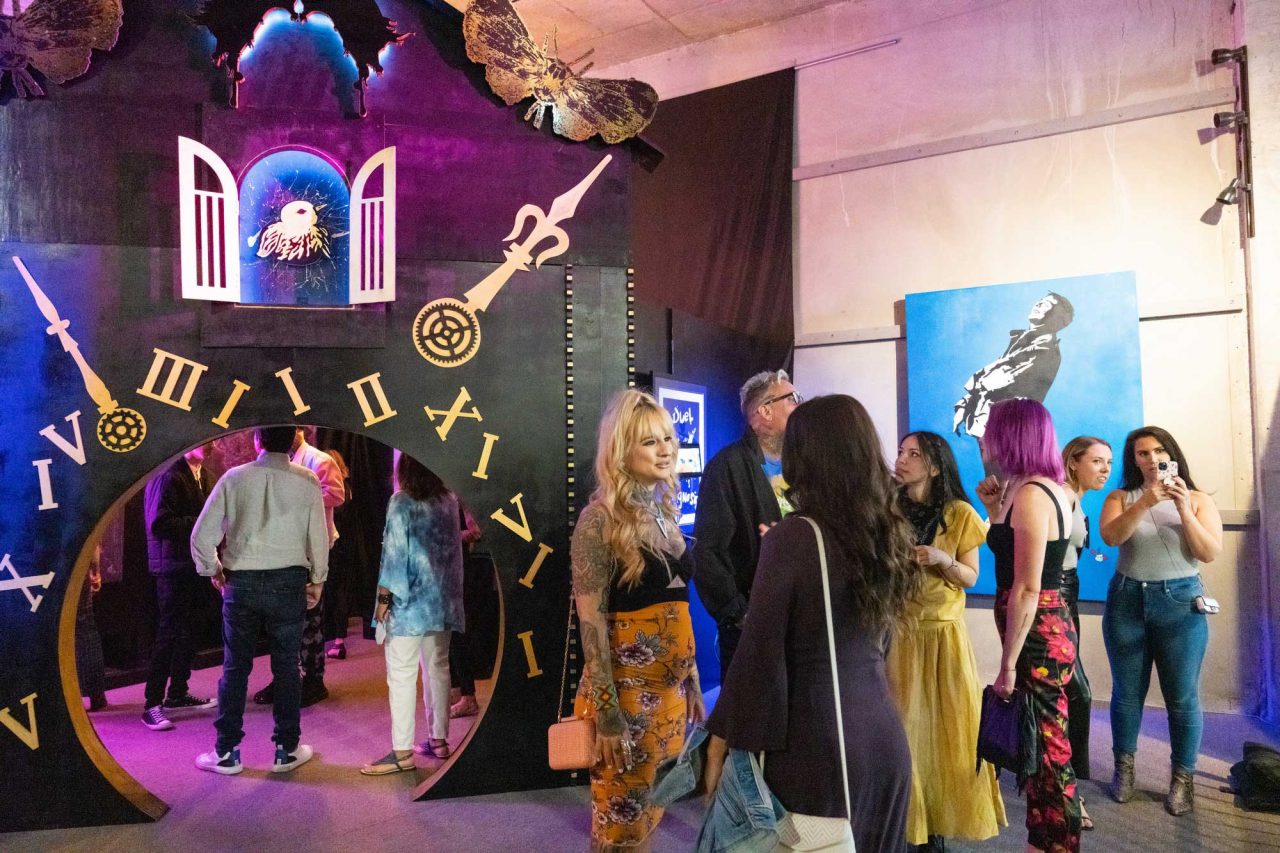 The inaugural art presentation by ‘auction house to the stars’ Julien’s of Beverley Hills, Degrees of Separation, had a VIP opening and reception on June 24th.

The sale of over 50 original never-before-seen works and collaborations from today’s most acclaimed artists of contemporary art, photography, street art and music was a new departure for the auction house, and was held at Julien’s famed gallery in Beverly Hills.

The exhibition and sale at Julien’s Beverly Hills gallery and online will be held June 24th-30th, featuring special artist appearances and signing of limited edition works.

Julien’s Auctions is the world-record breaking auction house to the stars, known for collaborating with the famous and the exclusive. Julien’s Beverly Hills is the new brand extension for presenting important works of art from the bleeding edge of the art world.

Julien’s first made headline news in the art world at their inaugural street art and contemporary art auction in 2013 with the sale of Banksy’s Flower Girl, which sold for $209,000 and was one of the first times the famed street artist’s work had been auctioned in the U.S. In 2018, Julien’s sold Banksy’s mural Slave Labour (2012) for $730,000, Jean-Michel Basquiat’s Head (Portfolio I), a screenprint on paper that sold for $87,500, and one of INDECLINE’s naked Trump statues titled The Emperor Has No Balls which sold for $28,000.

See also: The Art of Protest at Bournemouth’s Giant

In 2020, Julien’s received its third Guinness Book of World Record placement for the sale of Kurt Cobain’s MTV Unplugged 1959 Martin D-18E acoustic-electric guitar, which sold for $6 million making it the world’s most expensive guitar ever sold at auction.

Based in Beverly Hills, Julien’s has a global presence bringing their auctions and exhibitions to targeted destinations worldwide including London, New York, Las Vegas, Japan and China. For more information on Julien’s Auctions, go to www.juliensauctions.com.

Financial Wellbeing: Protecting Yourself and Your Assets