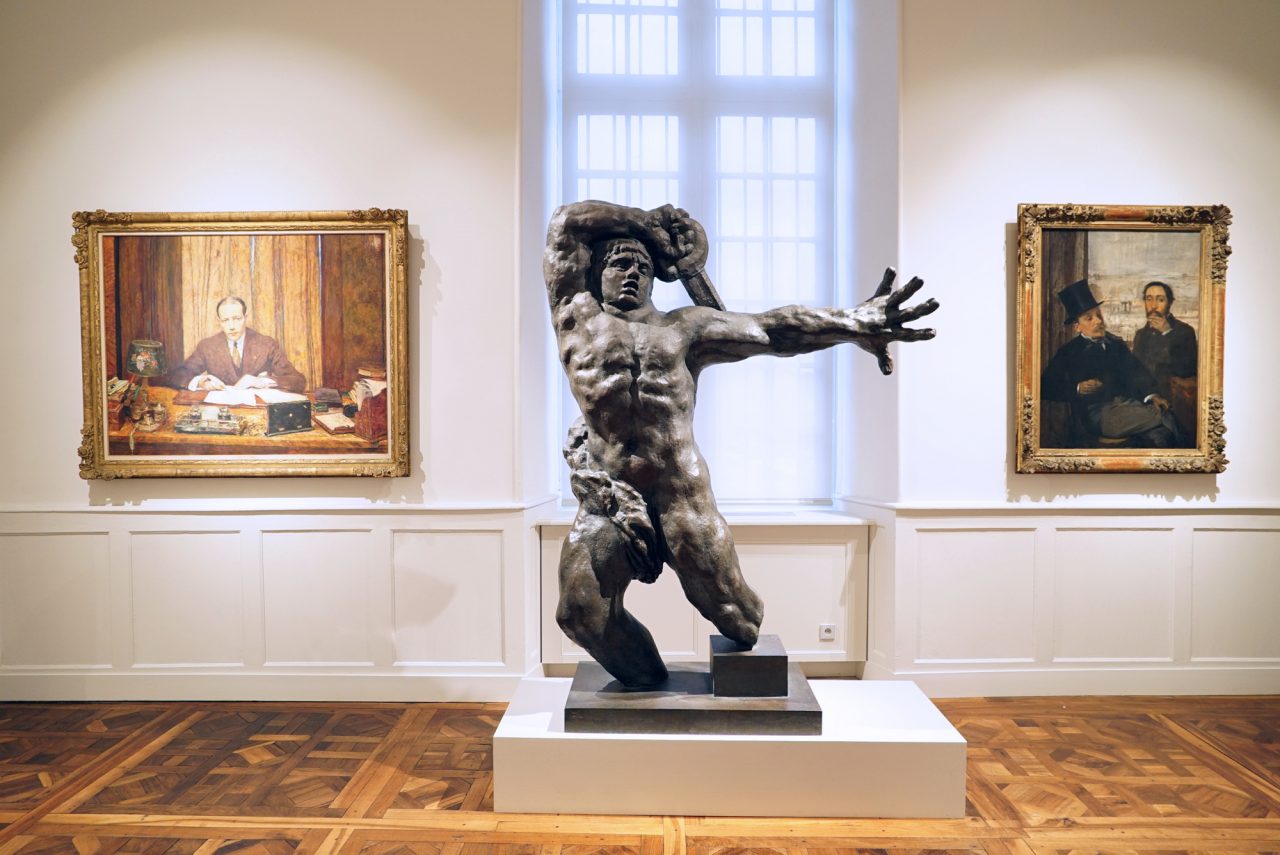 Located in the heart of Montauban, one of the most beautiful cities in the south west of France, and reopening last December after three years of total closure for major works, the Ingres Bourdelle Museum has scheduled four exhibitions which, from Ingres to contemporaries, offer visitors a journey into the history of art.

The only dedicated Ingres museum in the world, the Ingres Bourdelle Museum has been completely restructured and modernised and now features exceptional loans from major collections worldwide.

Renamed Musée Ingres Bourdelle, the museum will be dedicated to the works of the two renowned artists Jean-Auguste-Dominique Ingres (1780-1867) and Antoine Bourdelle (1861-1929). The exhibitions will extend across 2700m2 of floor space ; expanded, modernised and digitalised, the museum will offer an entirely renewed display of artworks, a conservatory housing Ingres’ drawings, an entire floor dedicated to sculptures of Bourdelle, brand new areas for temporary exhibitions and enhanced accessibility.

Constellation Ingres Bourdelle includes 33 works, paintings and sculptures, chosen around Jean-Auguste-Dominique Ingres and Emile-Antoine Bourdelle, both natives of Montauban. In this exhibition, Ingres dialogues with his students but also with his artistic heirs, such as Picasso and Martial Raysse. Bourdelle’s works are compared to those of Rodin and the presence of paintings by Edgard Degas and Maurice Denis draws the context for artistic creation of this period. Until June 7th 2020.

In the Ingres Paint Shop visitors can dive into the heart of the largest collection of the drawings of Ingres in the world, with its 4507 works. This set gives a glimpse of the huge place given to the drawn line in aesthetic design. “Drawing is the integrity of art”, Ingres told his students, and all the different assembled techniques (graphite pencil, black chalk, heightened white, watercolour…) testify to the ingenuity of this virtuoso master’s hand. Showing until June 7th, 2020.

In L’Oeil de la Machine, Miguel Chevalier revisits the masterpieces of Ingres, testimony to the inexhaustible inspiration that artworks of Ingres offers to artists today. This virtual reality work, generative and interactive, specially designed for the Musée Ingres Bourdelle, revisit the artist’s masterpieces using a computer program to present various masterpieces of the painter metamorphosing in real time. Sensors installed on the medieval vault capture each visitor movement. Recorded by the digital device, they cause distortion on the projected image which undergoes a process of “tessellisation” breaking them down into thousand of polygons. Until December 15th, 2020.

First presented at the Centre for Interpretation of Architecture and Heritage (CIAP) during the rebuilding works of the Ingres Bourdelle museum, and readjusted today to the new spaces of the renovated building, A Very Coveted Place invites the visitor to travel back in time from the Count’s castle to the 21st century museum. Exhibited works and documents reveal the story of the building from the birth of the city in 1144 until today. An espiscopal palace was built on the area following the construction of a count’s castle, and the Revolution projected the building into different spheres until it became the City Hall, drawing school and Ingres museum. Almost nine centuries of turbulent history and brick architecture to relive. Until June 7th, 2020.