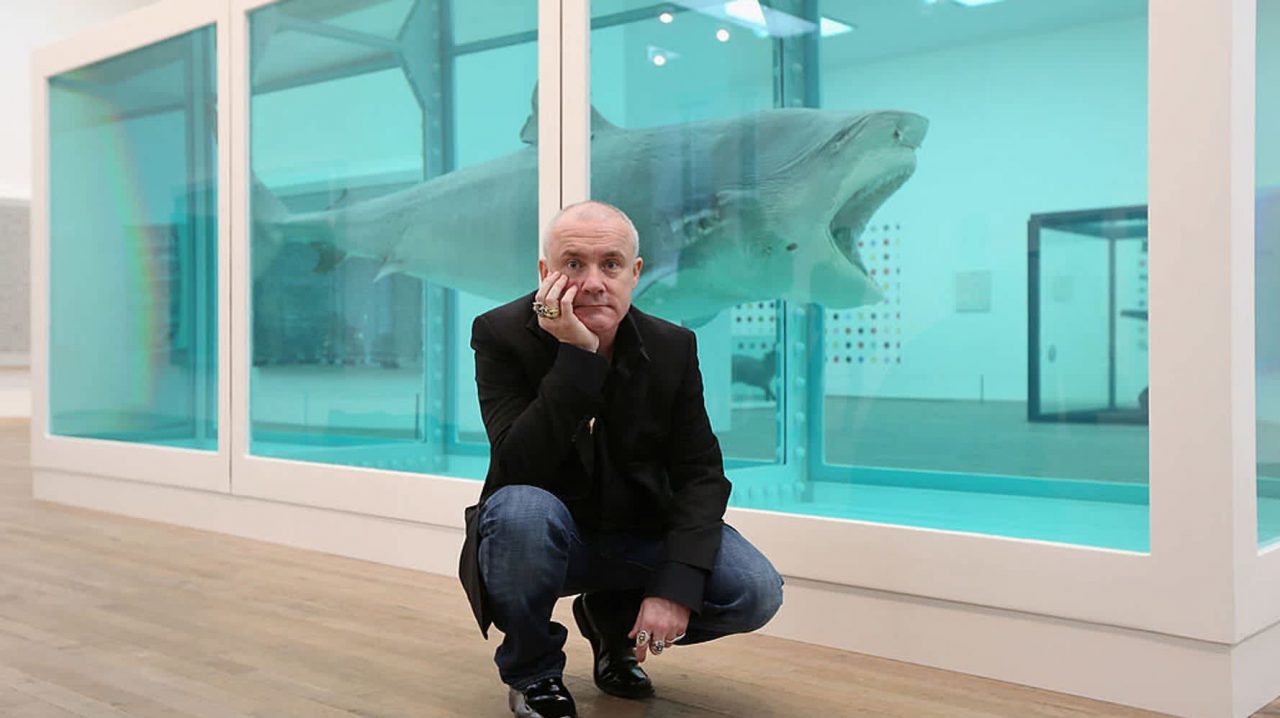 Controversial artist Damien Hirst has a long history of subverting the art establishment, and is continuing the trend by opening his own exhibition of more than 50 early works at his Newport Street Gallery in south London next week.

The exhibition, titled End of a Century runs from October 7th 2020 to March 7th 2021, and features works from the 1980s and 1990s – the infamous ‘pickled shark’ era when Hirst achieved fame as one of the Young British Artists.

Damien Hirst posted on Instagram a picture of his mammoth sculpture, Hymn (1995-2005), being winched by crane into the gallery yesterday. He said: “Showing my works from the 90s and before, so long ago! Makes me feel old—last century?”

Hirst’s artwork from the 1980s and 1990s including his Natural History series of formaldehyde preservations, medicine cabinets and spot paintings changed the art world in the period, and the artist’s work has rarely been out of the headlines since. Expected to appear in the End of a Century show are works which have not been exhibited before including Art’s About Life, the Art World is About Money (1998), an auction house scene framed in a glass and steel case, Up, Up and Away (1997), in which three ducks are suspended in formaldehyde, Waster (1997), a vitrine filled with medical waste, Prototype for Infinity (1998), a large-scale pill cabinet, Hymn (1999), a 20-foot-high painted bronze sculpture inspired by an anatomical model belonging to Hirst’s son, and early collages from the 1980s inspired by the German artist Kurt Schwitters.

See also: Negotiating the Terrain of the Future: Behind the Scenes at Artes Mundi with Nigel Prince

Though Newport Street Gallery was opened in 2015 specifically to share Hirst’s 3,000-strong collection with the public, his is his first solo show at the gallery. The works are from Damien Hirst’s own collection and from private loans, and none are for sale at the exhibition. However it is expected to act as a showcase for other work.

The auction market for Damien Hirst’s works has been patchy, as few important works have come up for sale, though earlier this year Phillips sold works including a pill cabinet for £1.4m. In contrast, Hirst’s private sales have been spectacular, with his 2017 Venice exhibition Treasures of the Wreck of the Unbelievable reportedly selling out for £250m.

Damien Hirst was born in 1965 in Bristol and grew up in Leeds. He moved to London in 1984 and studied Fine Art at Goldsmiths college from 1986 to 1989. He first came to public attention in London in 1988 when he conceived and curated the group exhibition Freeze during his second year at Goldsmiths, which launched a new wave of British artists who would go on to reinvent contemporary art. He was awarded the Turner Prize in 1995.

The Princes of Liechtenstein: a Passion for Art – and Finance