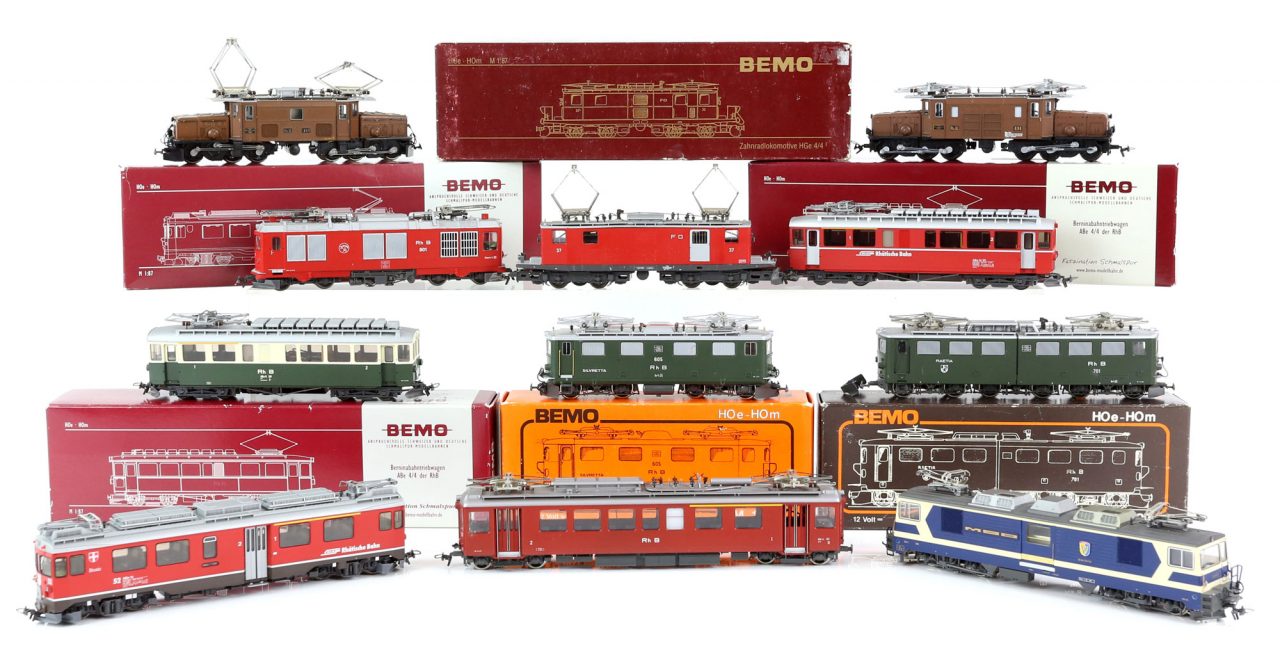 A huge collection of boxed model trains and associated collectables – much of it in largely untouched condition – is expected to fetch over £10,000 at Ewbank’s Auctions in Surrey on October 28th.

Built up over many years by a dedicated collector, the huge collection of models from brands including Hornby, Bemo and Tyco only came to light when his sister went to clear out his house after his death. Much of the collection is in very good condition.

The late collector had worked on the railways himself, and his love of trains went back to his childhood when his mother, who was French, worked for the French national railway company SNCF.

“We were taken all over Europe,” said his sister, who has consigned the collection.

“He loved trains all his life, but really started collecting when we had a recession and he had to give up work as a commercial artist. Then he went to work for South West Trains. He loved it and the money was very good, so he started buying seriously then.”

His love of Continental railways can be seen by several model examples in the collection, but he was an unusual collector.

“He didn’t want a model railway, he just wanted the trains and the coaches. He always bought the best. I think it just reminded him of his childhood,” said his sister.

She had no idea just how important the collection was to him.

“I knew he’d got some trains, but it wasn’t something we talked about because it wasn’t really of much interest to me. It was only when we started to go through the house that I realised just how many he had. They were in every drawer and cupboard.”

“This is the sort of offering to get serious collectors very excited indeed,” said Ewbank’s specialist Andy Delve. “The sheer volume – over 40 packed boxes containing hundreds of trains and other pieces – has made the cataloguing process a huge undertaking.”

Collectors clubs are expected to take a great deal of interest, not least because of the largely untouched condition of the collection.

“This is a golden opportunity to fill gaps in their own collections, especially with items that may no longer be in production,” said Delve.