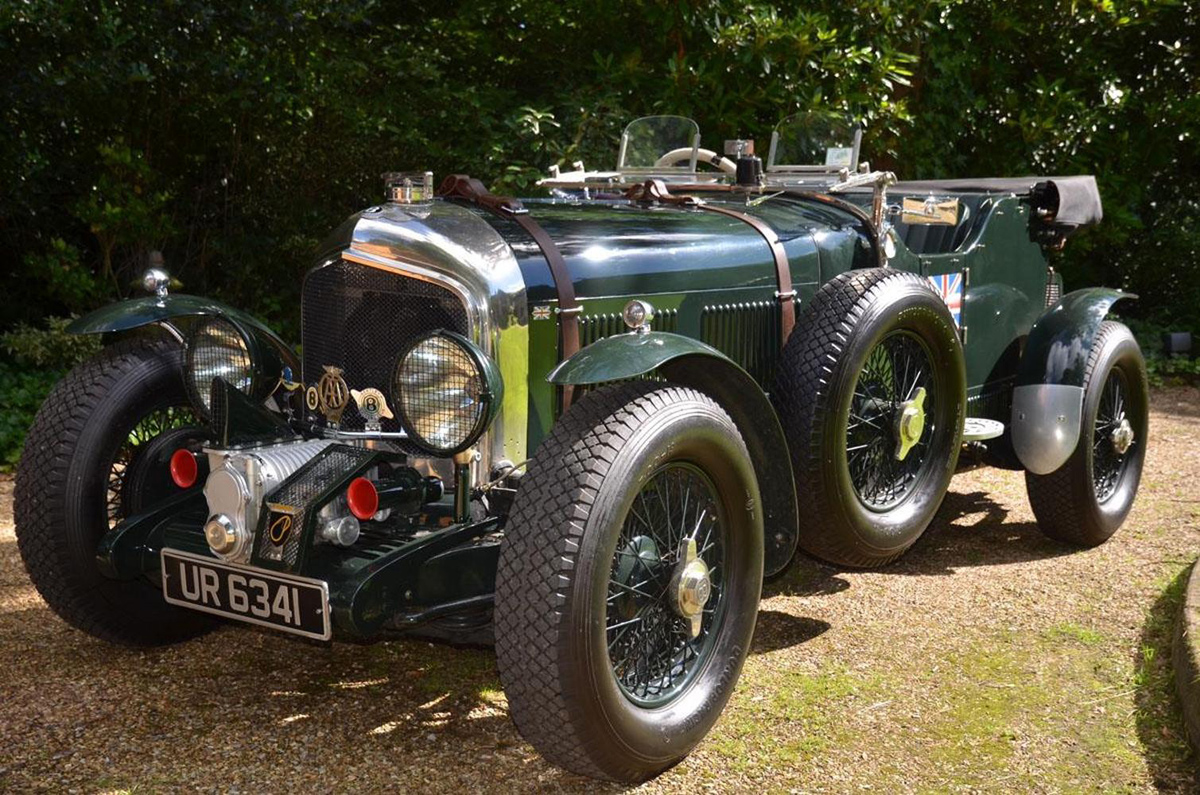 On September 12th car lovers will rejoice when they get the chance to bid on a collection of classic models at the Thoroughbred and Vintage auction held at Fontwell House by Coys.

We have selected some of our favourite classic and rare models that will be going up for auction in a few days’ time.

This 1972 Rolls-Royce Corniche belonged to none other than ‘The Who’ drummer Keith Moon. Moon is known for the night where he supposedly drove a Rolls Royce into a swimming pool when celebrating his 21st birthday – obviously not this one. Whether the legend is true or not, this model of car is still associated with the drummer, and this one, the only example finished in this remarkable (and very period) shade of metallic purple by Mulliner Park Ward, with a matching cream leather interior, is estimated to sell between £25,000 – £30,000. 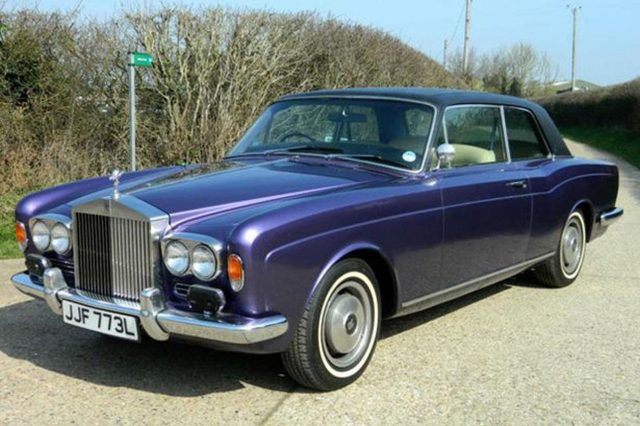 This 1964 Aston Martin is expected to fetch between £500,000 – £600,000, probably to a very dedicated James Bond fan. This is perhaps the most well-known model of Aston Martin, having featured in James Bond films Goldfinger and Thunderball, often fully equipped with machine guns and other bells and whistles. This 1964 model was originally finished in Sierra Blue, but was refitted and painted ‘to James Bond specification’ and converted to left-hand drive. The current vendor entrusted a London-based specialist with the work of adding Bond gadgets including revolving number plates, dummy machine guns and a rear mounted smoke gun. Documents show 60,000 miles on the clock and MoT certificates dating to the 1990s. 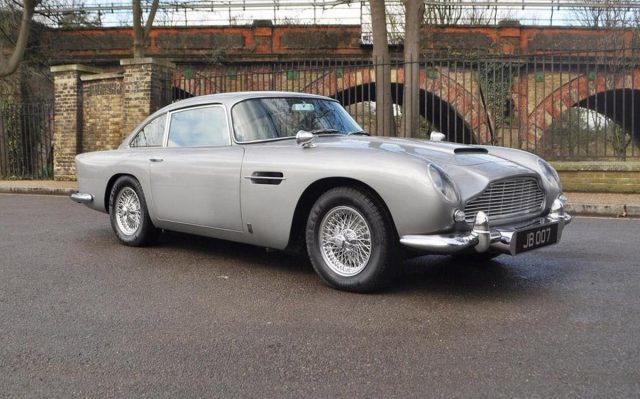 Estimated to sell between £180,000- £220,000 is this 1972 Datsun Racing car. This was once one of the world’s largest selling sports cars in 1974 and was known for its powerful performance. Known as ‘Big Sam’ this car model has won many car racing championships. 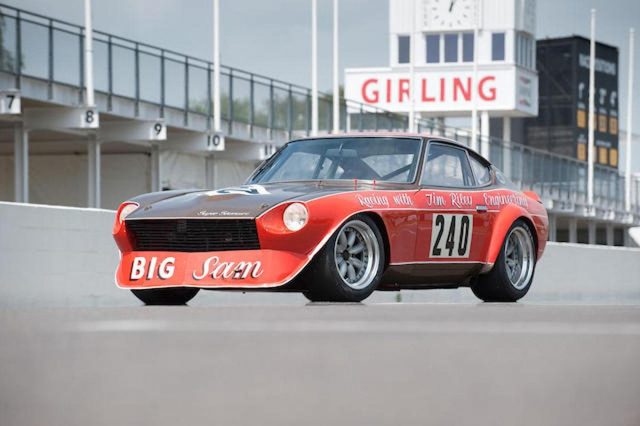 This 1958 Jaguar XK150 Drophead Coupe was a bright and shiny beacon in the miserable years after 1945, a time when sports cars were thin on the ground and rarely seen. This Jaguar XK150 DHC 3.4-litre was fully restored at a cost just shy of £80k in the 90’s, owned and cared for by Lord Harris (Harris Carpets) who gave it to his son, who then promptly sold it to the current owner and prolific Jaguar collector, who has owned the car for the last 24 years. This Jaguar is a flawlessly classic model, designed by Jaguar co-founder Sir William Lyons and expected to fetch £100,000 – £120,000. 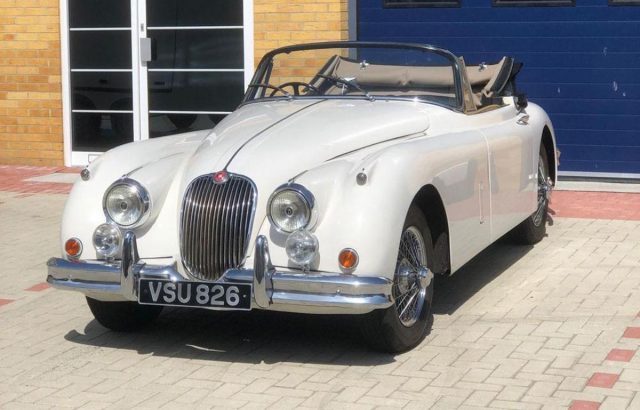 One of the oldest cars to go to auction will be this 1932 Alvis Speed Tourer. A hugely classic model, this touring car is expected to sell for £65,000 – £75,000. Coys describe this car as ‘a nicely sorted example from the golden era of motoring’. Having changed hands over the years, the Alvis still performs well and as has been used recently for a number of outings and events. The original Vanden Plas coachwork is in good order, whilst the interior is patinated and showing signs of wear in places, however in such original order that it seems a crime to replace it. 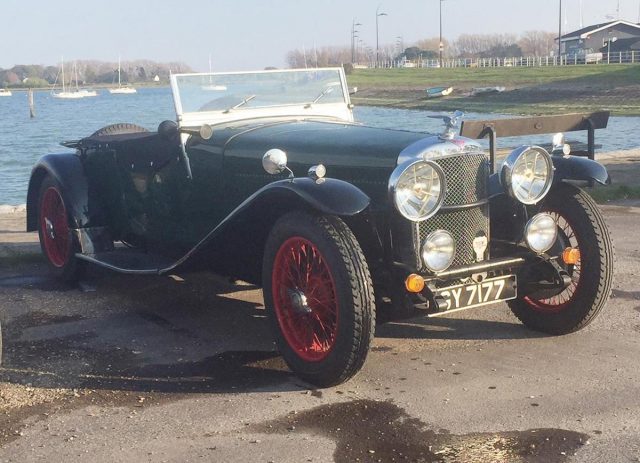