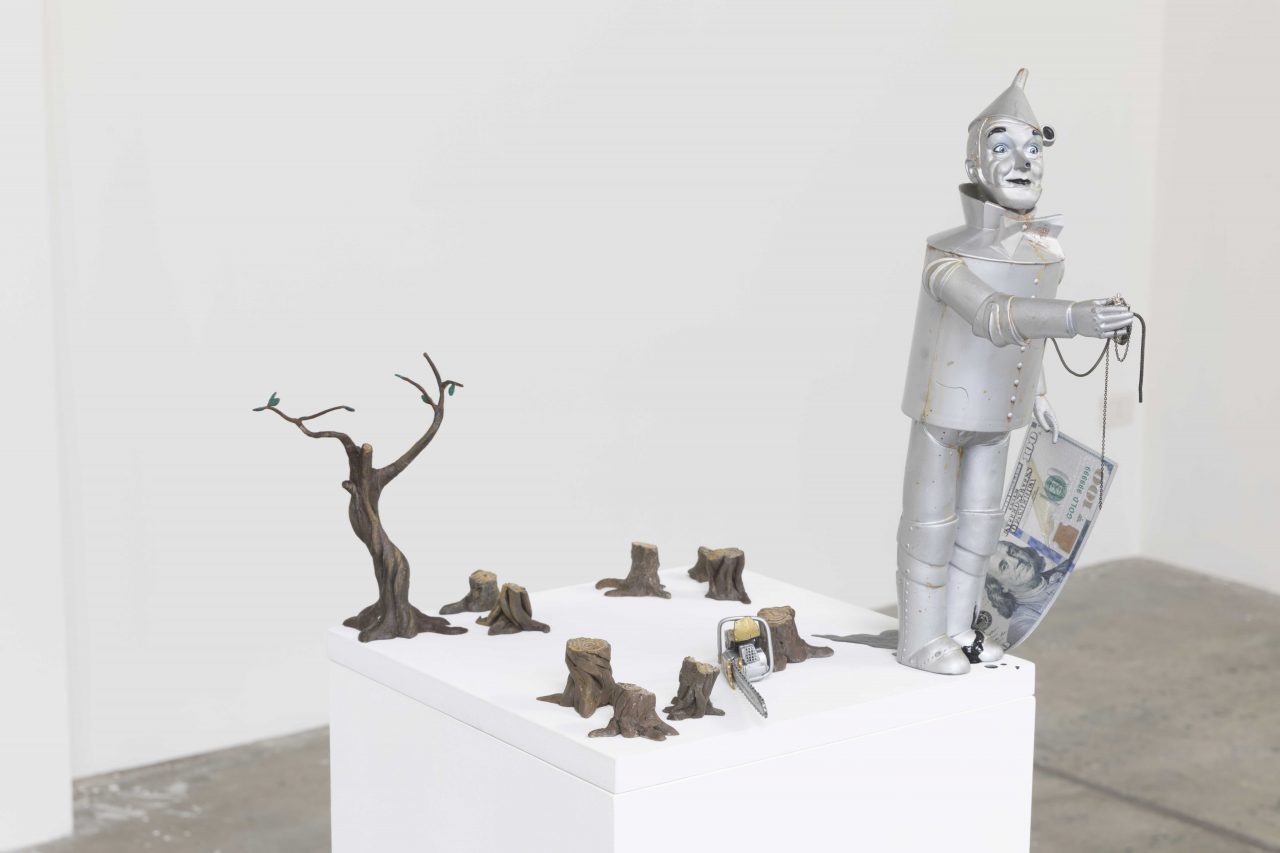 In his first solo show in Milan, Fire Sale on Earth presented by Ordet, American artist Danny McDonald showcases some of his more interesting pieces that offer a satirical commentary on America’s current political climate.

McDonald presents commentaries on modern day life and politics through his artworks. Having always been interested in different heroes and villains in American consumer culture, the artist has repurposed and reimagined their prescribed roles.

See Also: Hong Kong Hosts Cyberpunk Exhibition to Pay Homage to ‘The Year of The Future’

The artist has commented on the ‘Trump era’ with his artwork by placing pop culture heroes in situations mirrored by what is going wrong in the political climate.

For example, some themes of his pieces include: environmental destruction, scandalous plots, distortions and diversions tactics and normalization of violence.

Some of the characters in his exhibited pieces include Santa Claus on a polar bear rug, the Tin Man of Oz in a ruined forest and a monstrous octopus like creature attacking the statue of Liberty.

These figures aim to question and challenge our perception of what we have always known and transport us outside our comfort zone.

The characters shown in McDonald’s artwork all have expressions that look startled and unseemly, as if they are ready to encounter whatever dreadful event lies around the corner.

McDonald’s artworks aims to be dark yet comical, not just using characters we know from pop culture to make a statement, but inviting us to think about current problems in the political situation and the irony of people who are supposed to be heroes becoming the villains.

The exhibition will run until the 23rd November in Milan.