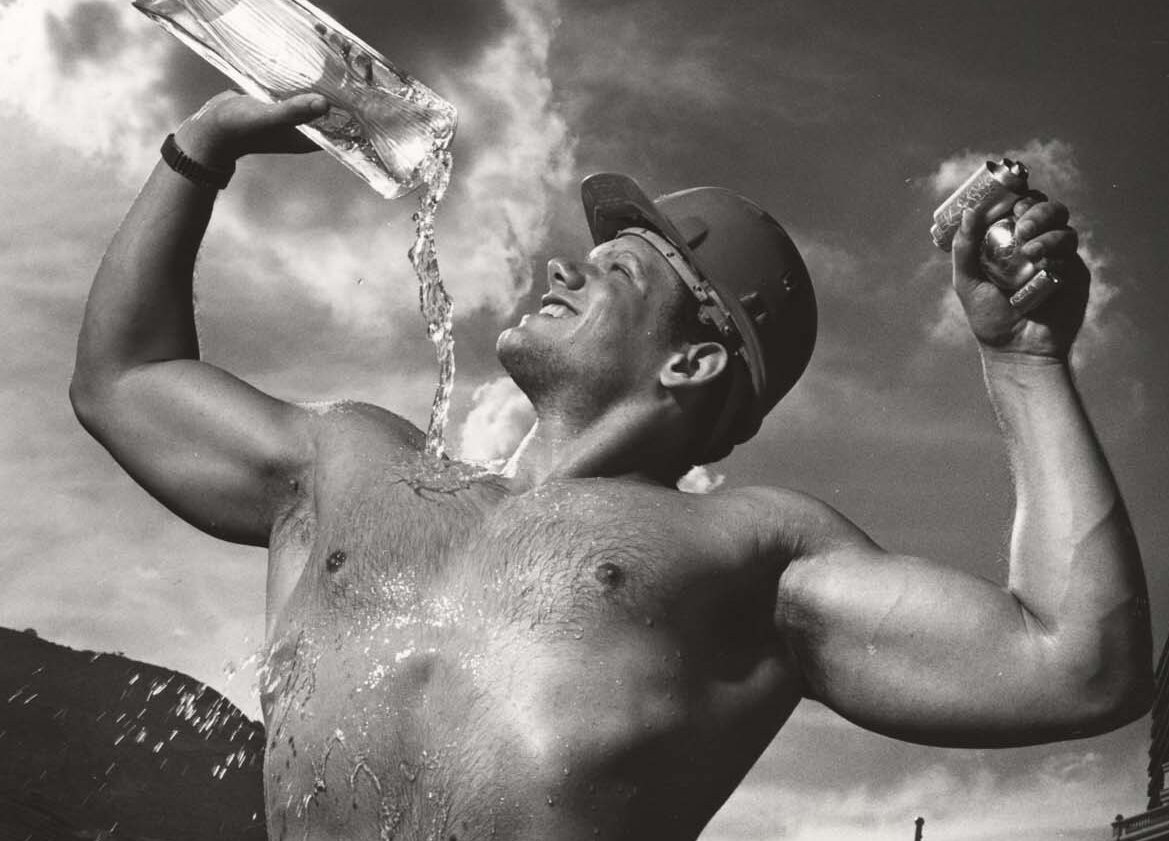 On 2nd December 2022, the new exhibition HELMUT NEWTON. BRANDS opens at the Helmut Newton Foundation in Berlin. With over 200 photographs, the show features many unknown motifs from Newton’s collaborations with internationally renowned brands, such as Swarovski, Saint Laurent, Wolford, Blumarine, and Lavazza.

When it came to composition and style, the photographer Helmut Newton did not differentiate between magazine editorials and brand assignments, which were often arranged through advertising agencies. Self-ironically, he called himself “a gun for hire” – also the title of the posthumous exhibition of his commercial photography that was on display in 2005, first at the Grimaldi Forum in Monaco and then at his foundation in Berlin.

This new exhibition picks up where A Gun for Hire left off, showcasing photographs Newton shot mainly in the 1980s and ‘90s for high-paying ad agencies and corporate clients, mostly in and around Monaco. In the front three exhibition rooms, we encounter fashion images for the luxury sector, for example, Newton’s interpretations of Yves Saint Laurent fashion, haute couture, and prêt-à-porter. His photographic stagings are as diverse and individual from season to season as the women’s fashion he depicted. They sometimes transcend reality, transporting us to distant emotional and exotic spheres.

Newton’s commissioned works for Wolford, which were published in 1993 and 1994 as calendars for exclusive customers, will also be featured. These images were not only used for pantyhose packaging but also as extra-large formats for billboards, public buses, and building facades. Pictured in pantyhose and tight-fitting bodysuits, the women modelling them became giants in the public space. The first three rooms of the exhibition also display images of different designers’ creations for the American luxury department store chain Neiman Marcus, along with examples from Newton’s many years of close collaboration with Anna Molinari and her label Blumarine, featuring models such as Monica Bellucci, Carla Bruni, and Carré Otis, realised in Nice and Monaco in 1993 and 1994.

What all these advertising campaigns have in common: only a few select motifs that Newton integrated into his exhibitions and books during his lifetime were ever well known. For the first time, HELMUT NEWTON. BRANDS offers the possibility to experience these complete photo series in a single exhibition.

Further little-known motifs can be found in the main room of the Helmut Newton Foundation: photographs Newton produced for the tobacco companies Philip Morris and Dannemann, for the Turin-based coffee roaster Lavazza, the Italian vintner Ca’ del Bosco, and the Austrian DIY store Bauwelt. Shot in the 1980s and ‘90s, each motif is highly individual, oriented to the brand and its offerings while reflecting the “classic” Newton style.

Supplementing the presentation in the rear exhibition room are images from other collaborations, including with fashion jewelry manufacturer Swarovski, as well as Volkswagen and Chanel. In the mid-1970s, Newton also shot two ad campaigns for the famous perfume Chanel No. 5 with Catherine Deneuve. Select Polaroids, analogue contact sheets from advertising shoots, lookbooks from fashion clients, and magazine ads are spread out in display cases, pointing to the diverse uses of Newton’s advertising photography.

Newton started collaborating early on with fashion brands outside of magazine editorials. For example, from 1962 to 1970, he worked with Nino-Moden of Nordhorn, Germany’s largest textile company at that time, and shot for the London-based Biba catalogue in 1968. That same year, he took a commission from the French car manufacturer Citroën. For decades, Newton staged everyday and luxury products, becoming a link between producers and consumers through his photographs and their publication. His visual narratives were universally understandable, so magazine publishers could easily include them in their different country editions, whether as editorial or advertising.

These series are featured for the first time as part of a retrospective of Helmut Newton’s advertising photography. This often underestimated yet influential area of applied photography deals with the intentional visualisation of specific products. In Newton’s case, these included women’s pantyhose, evening gowns, ground coffee, television sets, saw blades, silverware, red wine, cars, wristwatches, costume jewellery, and cigars. Sometimes Newton makes the objects the centre of attention, placing them literally on a pedestal, while in other images, they are relegated to the sidelines. Ultimately, creating commercial photography for advertising was one of the most important aspects of Newton’s work. That is why the current exhibition HELMUT NEWTON. BRANDS, with over 100 virtually unknown photographs, is vital for a comprehensive and systematic analysis of his work.

The current group exhibition “HOLLYWOOD” on the first floor as well as “Magnum Photos. The Misfits” in the project room on the ground floor are on view through 20 November 2022.

Collection of 1930s Gerald Summers Furniture Up for Sale