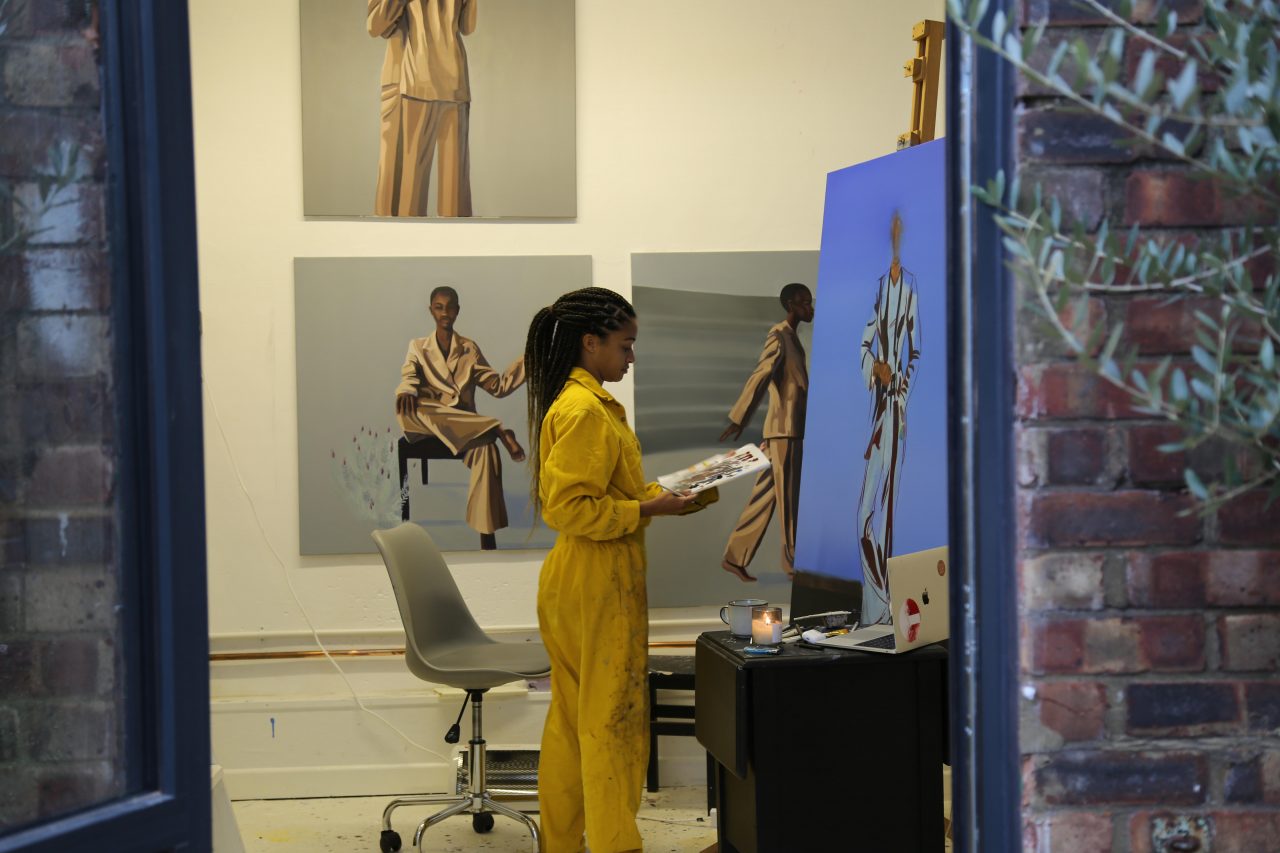 Curated and selected by Jade Foster for At Peace, each of the five artists create figurative works that are unbound by prejudice; subverting and rethinking how Black women and figures have been regarded by Western naturalistic classical and modernist traditions within painting. Traditionally depicted as ‘at service’, mocked, or absent, black figures in art are often seen through a racialised lens – as homogenous and primitive. However, the works chosen for At Peace communicate a sense of independence and palpable presence.

The show embodies ‘exhibition as research’ and is driven by an holistic approach to curating by establishing a space of healing in which the artists and the artworks exercise collective agency: All five artists share similar belief systems as well as an understanding of the pressure within the art industry to conform to expectations of what Black artists ‘should be creating.’ At Peace therefore seeks to act as a space in which each artist presents, talks about and references their work in their own way and on their own terms.

Featuring for the first time in London is contemporary Barbadian artist Alanis Forde, whose expressionistic realist approach focuses on the black female identity in an idealised ‘exotic’ Caribbean space. Miranda Forrester’s figurative works address the invisibility of women of colour throughout history in art and combating the fetishization of their bodies. Saraha Longe’s vibrantly-coloured and soft-edged portraiture re-examines Old Masters as she chooses to swap in Black bodies in place of the models who historically dominated the period.

Speaking on the exhibition, Elli Jason Foster, managing director of Gillian Jason Gallery, said: “We are thrilled that At Peace is the inaugural exhibition in Gillian Jason Gallery’s new gallery, which will act as a space for artists, curators and other industry innovators to foster and present their ideas. The ethos of the exhibition plays an important part in highlighting the importance of championing excellence in thought, concept or ideology in under-represented minorities – be it race, gender, ethnicity.”

To find out more, visit: www.gillianjason.com