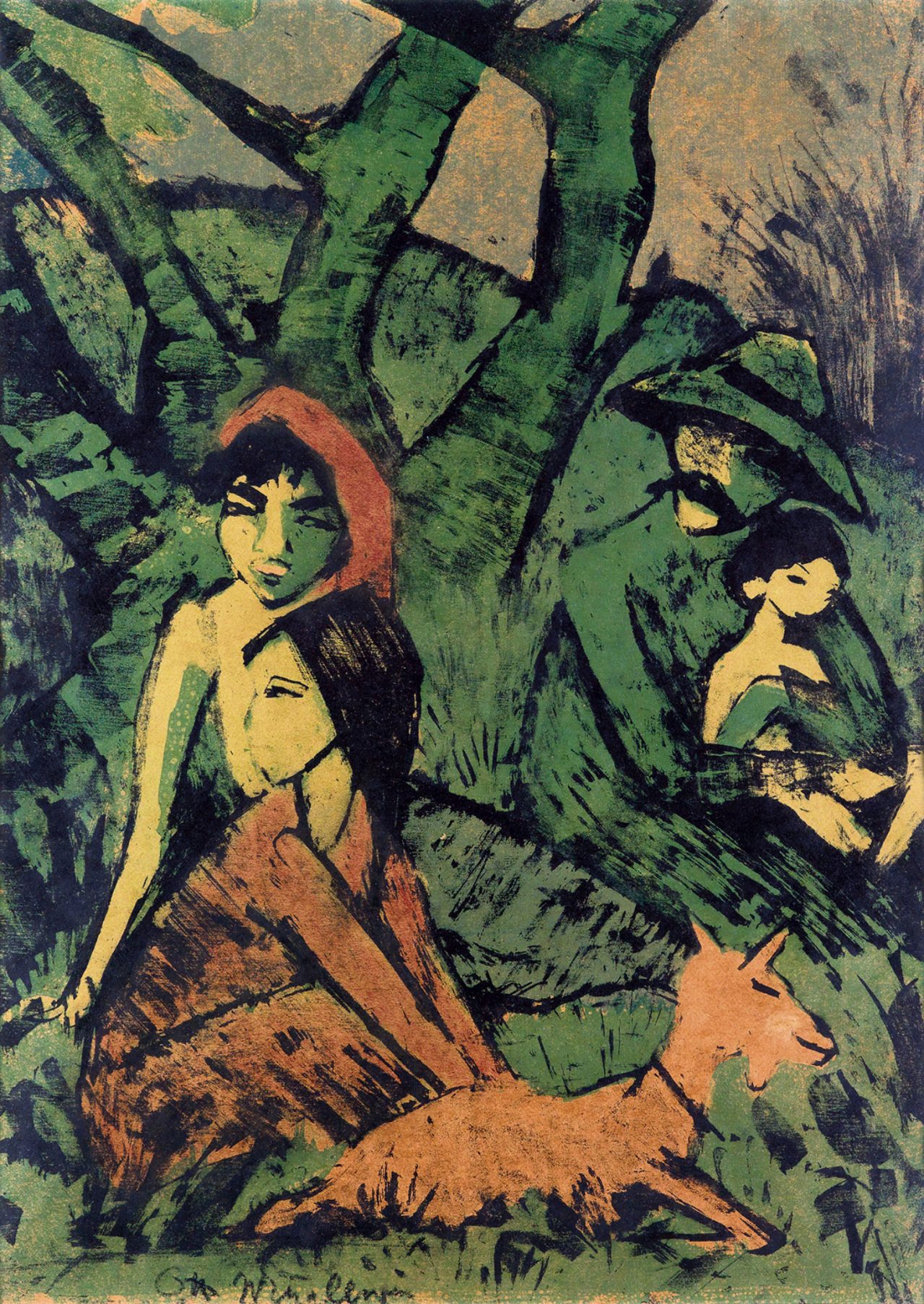 Swann Auction Galleries of Manhattan is to offer 160 works rescued by the family of Ismar Littmann as they left Poland for the United States in 1934.

The major selection of German Expressionist works from one of the movement’s most important collections will be sold at auction on March 5.

All of these works were brought together in a single collection of more than 6000 artworks under the cultivated eye of Ismar Littmann (1878-1934), a wealthy and influential lawyer and collector in the Polish city of Breslau (Wroclau), who met a tragic end as his life and work was severely blighted by the rise of Nazism.

As Swann Galleries’ Director of Prints & Drawings, Todd Weyman, explains, Breslau was home to the Breslau Academy of Fine and Applied Arts. Now largely forgotten, but at the time a Weimar-era arts institution that rivalled the Bauhaus and among the most avant-garde art institutions of the 1910s and 1920s.

“It was distant enough from artistic epicenters such as Paris and Berlin to maintain an independent spirit, yet not so far as to be relegated as a backwater,” explains Weyman. “The Academy became a magnet for fiercely individual artistic instructors and students alike.”

This gave Littmann direct access to artists like Otto Mueller and Heinrich Tischler, instructors at the academy.

“The concentrated scope of Littmann’s interest resulted in a collection that encompassed the breadth of German art between the nineteenth-century and the early 1930s, ranging from realist, impressionist and expressionist to Die Brücke and Neue Sachlichkeit, among others,” says Weyman.

Pechstein works include Reisebilder: Italien–Sudsee, a portfolio with complete text and 50 lithographs dating from 1919 that is expected to fetch $25,000 to $35,000.

The sale features major original works by a number of artists, like Nicholas Ghika, whose circa 1920s oil on canvas Interview Avec Chevalet d’Artiste has an estimate of $50,000 to $80,000, the same guide as Allee im Tiergarten, Berlin, a circa 1920 work in pastel by Lesser Ury.

“Littmann acquired much of his art directly from the artists, seeming to use his purchases as a form of direct patronage at a time of significant economic challenge for many German artists,” says Weyman.

His patronage and dedication, both to his work and his art, faced crisis when new Nazi laws and decrees impacted first Littmann’s legal practice then the market for his art. The financial and personal fallout led him to take his own life.

In the aftermath of World War II, much of the collection was ultimately lost, though Littmann’s eldest son Hans was able to emigrate to the United States with a portion of his father’s collection in 1934. These works, along with additional pieces sent later by Littmann’s widow, have since remained with the Littmann family. “Swann Auction Galleries is very pleased and honoured to have been trusted with the historic offering in this auction of a selection of Property from the Ismar Littmann Family Collection,” says Weyman.

The auction also includes major works on paper by other leading artists of the late 19th and early 20th century such as Edvard Munch, whose woodcut Kyss IV is estimated $150,000 to $250,000, Vincent Van Gogh, whose etching portrait of Dr. Gachet is estimated at $80,000 to $120,000, and Sonia Delaunay, whose colour pochoir of La Prose du Transsibérien et de la petite Jehanne de France by Blaise Cendrars is estimated at $70,000 to $100,000.

Swann Auction Galleries is a third-generation family business as well as the world’s largest auction house for works on paper. In the last 75 years, Swann has introduced innovations such as the first U.S. auction dedicated to photographs and the world’s only department of African-American Fine Art. More than 30 auctions and previews are held annually in Swann Galleries’ two-floor exhibition space in Midtown Manhattan, and online worldwide.

The Fine Art Society Celebrates its History at Sotheby’s Auction

Watch Winders out of Passion