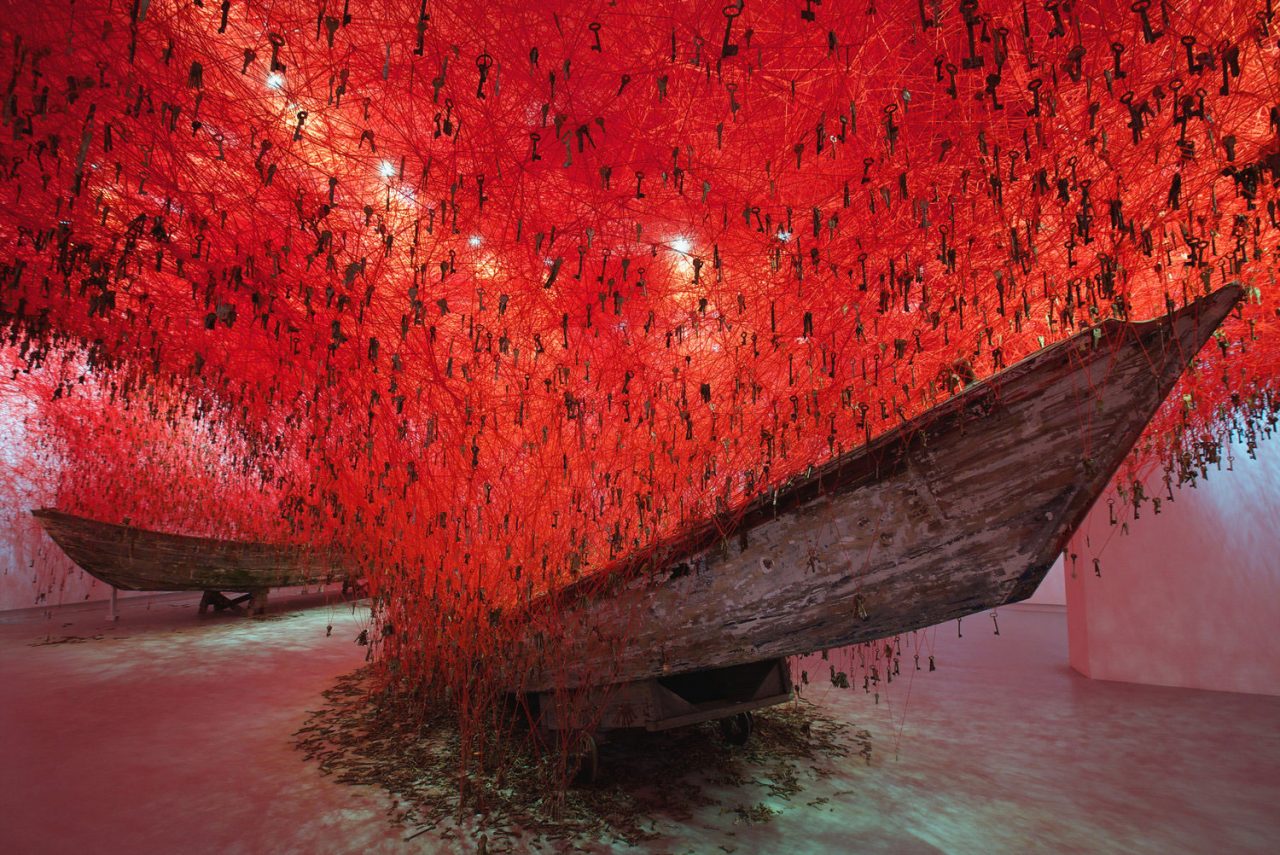 Galerie Templon’s two spaces in Paris have re-opened after temporary closure due to the coronavirus pandemic.

Currently exhibiting at the two spaces in Paris are: Norbert Bisky’s Desmadre Berlin extended until 23rd May, and Billie Zangewa’s Soldier of Love extended until 6th June. Jim Dine’s The Classic Prints is on in the Brussels space until May 23rd.

Upcoming are two new exhibitions, Will Cotton’s The Taming of the Cowboy in Brussels from 28th May to 31st July, and Chiharu Shiota’s Inner Universe at Paris rue du Grenier Saint-Lazare from 30th May to 25th July.

For his return to Galerie Templon’s Brussels space after six years, Jim Dine, one of the most significant American artists of his generation, is presenting a retrospective look at his print work, an art that he has become recognised over the years as one of the greatest masters. Born in 1935, Jim Dine first gained recognition as one of the pioneers of the happenings in New York in the late fifties before becoming a key figure of the Pop Art movement in the sixties. A profoundly independent, multi-faceted artist and poet, Jim Dine soon began to strike out on his own. Drawing on sculpture, painting, printmaking and photography, he developed an original language, partly abstract, partly figurative, haunted by a distinctive iconography formed by antique figures, tools, hearts or Pinocchios.

Will Cotton, the New York painter known for his depictions of candy, unveils a completely new quirky series for this show. Cotton looks to the mythical role of the cowboy in American culture as a way of understanding the political turbulence as the election campaign grips his home country, the USA. His large oil paintings appear to have a classical style, yet draw the viewer in through the ingenuity of using pink unicorns in lieu of horses.

Chiharu Shiota is famous for her monumental site-specific installations and skillful weaving of thread that spreads through space. Japanese artist Chiharu Shiota has spent years questioning the notion of surface and the traditional boundaries of painting. With Inner Universe she invites us on a poetic journey examining the secret ties between the finiteness of existence and eternity.

In addition, the gallery is looking forward to exhibiting a new series by Pierre et Gilles, from 10th  September to 24th October, at its space on rue Beaubourg. The new works have aquatic inspirations, drawing on sea debris as a source material, with an ecological focus.

Lauren Baker and the Creative Impulse: An Artist in Lockdown