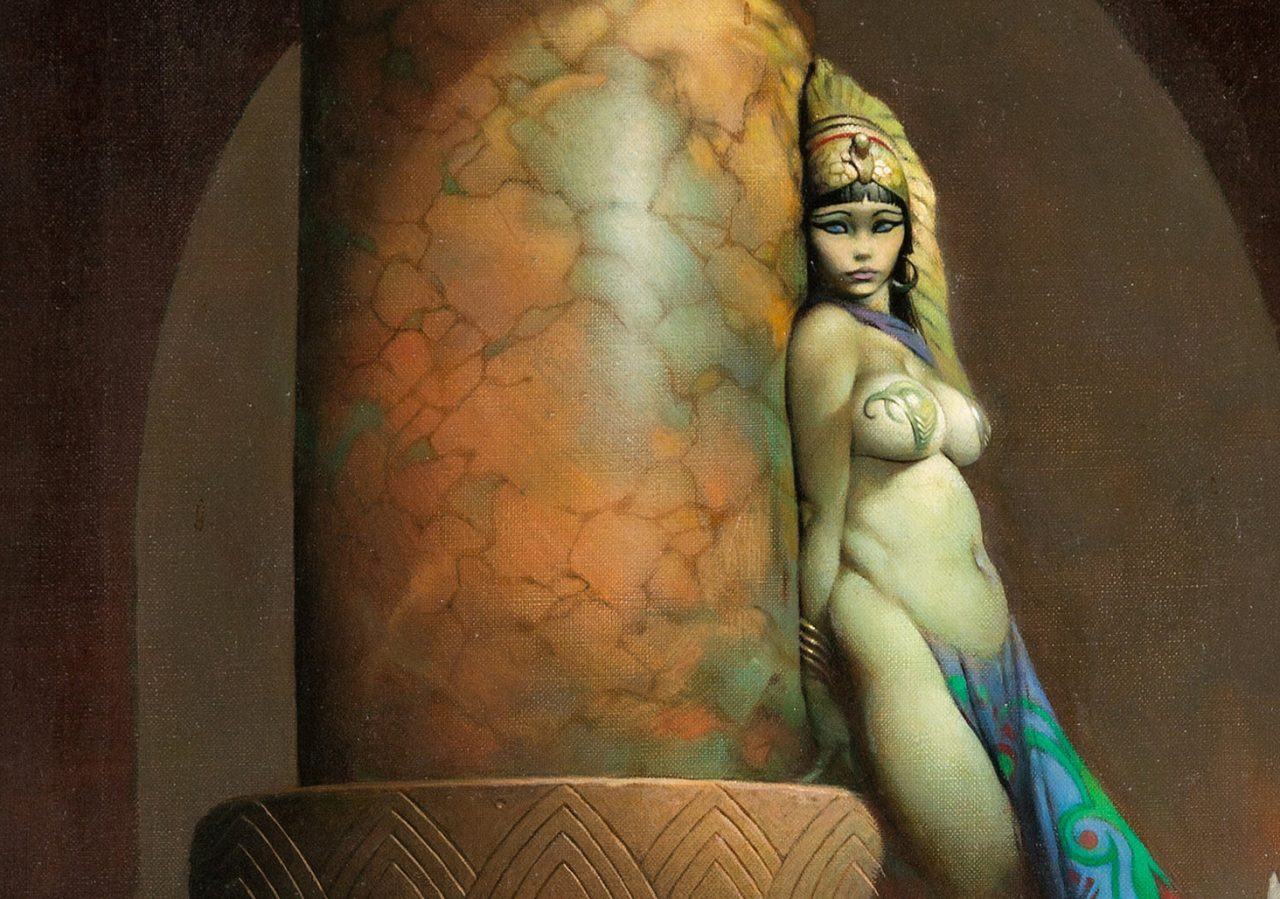 One of Frank Frazetta‘s most recognisable and popular illustrations, Egyptian Queen, is coming under the hammer at Heritage Auctions as part of the Comics & Comic Art auction on May 16th-18th.

Enduring and expansive in its popularity, the painting (above) has appeared for decades on comic books, paperback book covers, posters and album covers. Over the years, other artists have created their own versions of the painting in honour of the powerful image and the iconic artist who created it. Such an extraordinary painting can form the stellar centrepiece of any collection, and having the unquestioned provenance of being in the artist’s family ever since it was created makes this a truly once-in-a-lifetime opportunity for collectors.

Among the numerous world records set in Fine and Illustration Art through Heritage Auctions, famed artist Frank Frazetta’s artwork occupies a special place on the list, topped by an auction-record $1,792,500 in August 2018 for his storied original art Death Dealer 6. Several other Frazetta pieces also have enjoyed tremendous success at past auctions.

Frazetta’s Egyptian Queen carries a pre-auction estimate of $5,000,000+. Arguably this is the painting that, more than any other work by Frazetta, helped the acclaimed artist revolutionise fantasy illustration. This masterpiece has been in the possession of Frazetta’s family ever since it was created 50 years ago, and is being offered it to the public for the first time ever.

In later life a series of strokes left his right arm almost completely paralysed, and he taught himself to paint and draw with his left hand. He collaborated with the animator Ralph Bakshi on the feature Fire and Ice, and was the subject of the 2003 feature documentary Frank Frazetta: Painting With Fire. Frazetta died of a stroke in 2010 and his art and a museum dedicated to his work are now managed by his family.