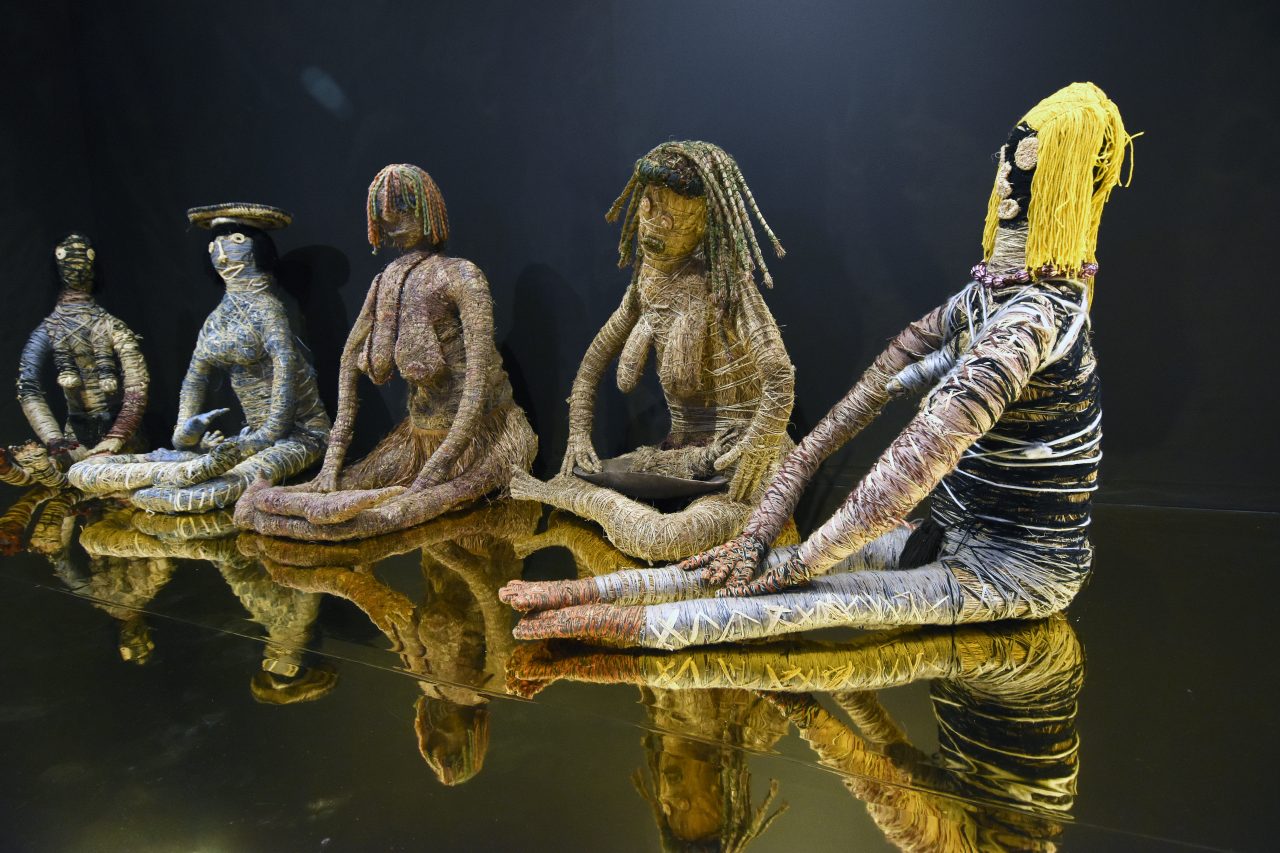 The Box has announced the European premiere of the National Museum of Australia’s award-winning exhibition Songlines: Tracking the Seven Sisters from 21 October – 27 February 2022. The exhibition forms part of the UK/Australia Season 2021-22, a major programme of cultural exchange taking place across the two nations. The Box’s presentation of Songlines continues the museum’s track record of collaborating with First Peoples around the world and follows recent exhibitions co-curated with the Wampanoag of North America – Mayflower 400: Legend & Legacy as well as Wampum: Stories from the Shells of Native America.

Featuring over 300 paintings and objects by more than 100 artists, this is the first time the exhibition has been seen outside Australia. Originally staged at the National Museum of Australia (NMA) in Canberra and touring to Perth’s Western Australian Museum Boola Bardip, the exhibition has attracted over 400,000 visitors to date. Entirely conceived and curated by a team of First Australians, led by Margo Neale, Senior Indigenous Curator at the NMA and custodial elders from across the Central and Western Deserts of Australia, itexpertly combines state-of-the art exhibition and display technologies with art, song and dance in order to share ancient stories from the world’s oldest continuing culture.

A world-first in scale and complexity, the exhibition was conceived with the ambition of preserving the Seven Sisters Dreaming stories – ancient creation sagas of the Australian continent – for future generations. The show provides an international platform for Indigenous voices to share Tjukurpa or Dreaming stories in new ways with contemporary artworks becoming portals to places in the deserts of the Martu, the Ngaanyatjarra and the Anangu Pitjantjatjara Yankunytjatjara (APY) peoples.

Songlines takes visitors on an epic journey that traverses three states, three deserts and some 500,000 square kilometres. The highly immersive exhibition travels from west to east: from the Western Australian coast to the APY Lands in the east, using the power of contemporary art, performance and song to re-animate traditional stories, photography, multimedia and the world’s highest-resolution seven-metre-wide travelling dome. The ‘DomeLab‘ transports viewers to places deep in the desert relating to the Seven Sisters Songlines, including the remote Cave Hill site in South Australia – home to the only known Seven Sisters rock art in the world – as well as showing animated artworks and their relationship to the stars and constellations.

Senior law woman and traditional owner of the Seven Sisters songline, Pitjantjatjara and Yankunytjatjara lands, Inawinytji Williamson, said: “we have brought the song, story and paintings full of Tjukurpa, the creation spirit of the Seven Sisters, to put in our exhibition … so many other people can look, learn and increase their understanding“

The Box’s showing of Songlines is part of the UK/Australia Season 2021–22, a joint initiative by the British Council and the Australian Government’s Department of Foreign Affairs and Trade. Through the theme ‘Who Are We Now?’, the Season will explore and reflect on the relationship between Australia and the UK across the arts, creative industries and higher education and will celebrate the diversity of cultures and languages in both countries. The Season will commence in September 2021, concluding in Australia in March 2022 and in the UK in December 2022. Songlines will then travel to the new Humboldt Forum in Berlin and Musée Quai Branly in Paris as well as proposed further venues across Europe, North America and Asia.

Senior Indigenous Curator at the National Museum of Australia and lead curator of Songlines, Margo Neale, said: “For Aboriginal people, Songlines are our foundational stories about the creation of the Australian continent. This exhibition was initiated and co-curated by Indigenous communities who wanted to both preserve their culture for future generations and to share their stories with all Australians and the world — this is the model for future Museum-Indigenous community collaborations going forward.“