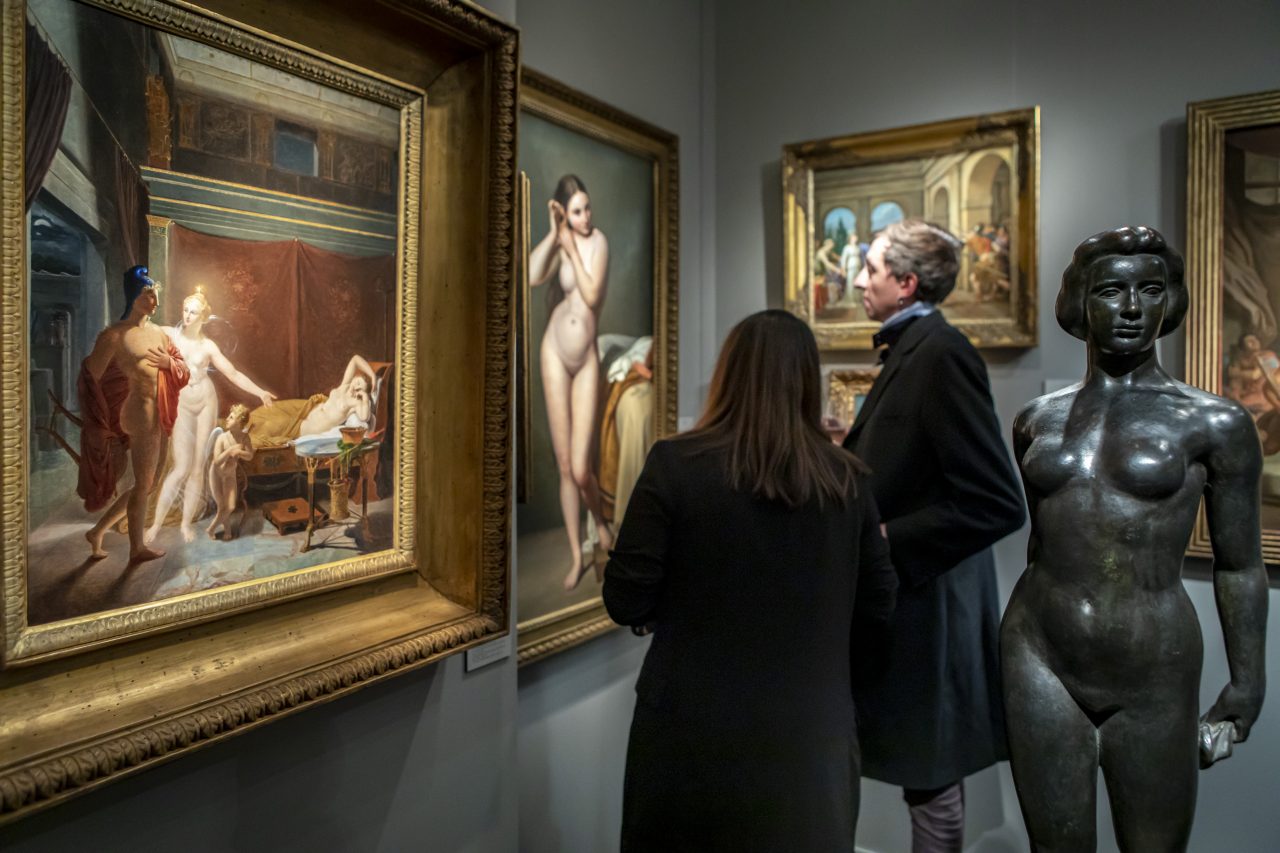 From November 6th-11th, 2021, the Paris-based specialist art fair dedicated to the fine arts from antiquity to modern times will return for a fifth edition to its emblematic Paris venue, the historical Carrousel du Louvre.

In the five years since its founding by the organizers of the reputed Salon du dessin, Fine Arts Paris has established itself as Paris’s leading specialist art fair dedicated to the fine arts from antiquity to modern times.

This year brings forth an expanded version of the fair, bringing together some 60 exhibitors, including 17 first-time participants, presenting an expert selection of painting, drawing, and sculpture from ancient times and Old Masters to the 20th century, alongside new disciplines ranging from fine jewellery to rare books, and for the first time, non-Western art scenes including Asia and the Pacific.

The premier destination for fine arts in Paris, the fair will once more bring together the most prominent dealers in their fields, with highlights this year including a unique 12th-14th-century BC jia-shaped vase from the Shang dynasty, presented by Galerie Christian Deydier; a triptych by Simone di Filippo, presented by Galerie G. Sarti, precious testimony to the training of this major figure in Bolognese painting of the second half of the 14th century; a noteworthy feminist painting by Marguerite Gérard, witness to the gradual emancipation of women throughout the 18th century, at Galerie Eric Coatalem; in tandem with a remarkable selection of sculptures and both antique and contemporary jewels. Modern art enthusiasts will also encounter works by Pierre Soulages (Galerie Seine 55); Hans Hartung (Brame & Lorenceau); Sonia Delaunay and Maria Helena Vieira da Silva (Galerie de la Présidence); to cite only a few.

A highlight this year, acclaimed French interior designer and decorator Jacques Garcia has been commissioned for the fair’s scenography – bringing his sober and elegant touch to the Carrousel du Louvre’s entrance under the notable glass pyramid of the Louvre. Rooting his design in the history of the site, he takes inspiration from the 14th-century defense system revealed when the Carrousel was first built, bringing forth a both oneiric and theatrical contemporary atmosphere involving 14 mineral and vegetal elements subtly dispersed across the space.

First launched in 2018, Fine Arts Paris will once again hail the Semaine des Beaux-Arts, Fine Arts Week, an off- site itinerary organized in partnership with over 20 leading institutions and museums across Paris and its region, among which the Maison Victor Hugo, Musée Condé, Musée de l’Armée, the Château de Fontainebleau, the Emile Hermès Collection, and – a key participants in the program – Paris’s world-renowned School of Fine Arts, the Beaux-Arts.

In parallel with the fair, two scientific symposiums will take place at the Petit Palais. The first will address Watteau and His Entourage, marking the 300th anniversary of the death of this central figure in 18th-century French art. The other will delve into the research conducted by Geneviève Bresc-Bautier into 16th- and 17th-century sculpture, in collaboration with Sophie Jugie, Director of the Louvre Sculpture Department.

After a widely successful launch in 2020 with over 20,000 visitors, Fine Arts Paris Online will once again be hosted on the fair’s website, facilitating connectivity between dealers and visitors unable to attend the physical fair.